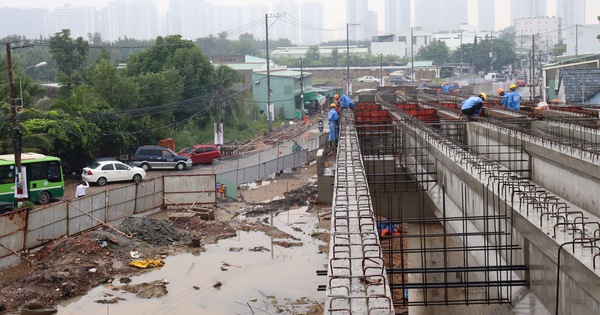 Speaking at the Phuoc Loc Long Bridge Ceremony, Mr. Vo Van Hoan said the City People’s Committee recognized the efforts and responsibility of the investor and the locality in building the bridge. The locality has implemented very well the site clearance compensation after many years of problems. 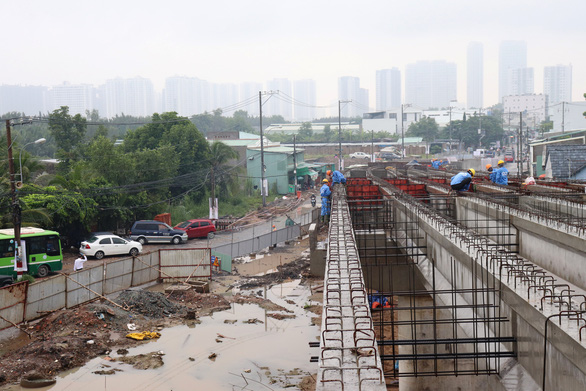 Mr. Nguyen Vinh Ninh – deputy director of the Management Board of investment projects to build traffic works in the city – investor, said Phuoc Loc bridge It is one of the key traffic projects of the city to improve the traffic situation, step by step complete the infrastructure system in Nha Be district in particular and the southern area of ​​the city in general.

The existing Phuoc Loc bridge is a reinforced concrete slab steel girder bridge with a total length of 72m, a bridge deck of 2.3m wide, no sidewalks and severely degraded during use. Currently the functional unit is controlling the vehicle across the bridge, only for people and two-wheeled vehicles to circulate, the limit load is 0.5 tons.

The existing Phuoc Loc bridge has been overloaded for a long time, people in Nha Be district have difficulty traveling – Photo: VAN BINH

Therefore, for many years, people in the area have difficulty traveling, directly affecting the goals of socio-economic development, urbanization of Phuoc Loc commune in particular and the area linking the gateway district. South City in general.

Therefore, the city has a policy to build Phuoc Loc bridge with a total investment of more than 405 billion VND, of which 90 households are affected. The new bridge will be 386m in length including 13 spans of reinforced concrete, 2 mixed lanes, with pedestrian sidewalks and a railing system.

Mr. Hoang Tung, Chairman of Nha Be District People’s Committee, also said that in order for this bridge to reach its destination, the District People’s Committee and the investor, the cooperation from the people, have accepted to relocate their houses. Here Not only is an important premise connecting the two communes of Phuoc Loc and Phuoc Kien, but also facilitates socio-economic development and links with neighboring provinces.

Bridge “gradually built” is about to finish

Phuoc Loc Bridge started construction of the first package in June 2012 and right after that due to problems with the ground, construction had to be suspended from July 2013. By July 2017, the People’s Committee of Nha Be district approved the compensation, support and resettlement plan. By the end of 2018, the bridge is unfinished, alone in the middle of the stream. While the transportation of people across the old bridge is very hard, households on both sides of the river also become temporary and strenuous. The people here call this new bridge “bridge gradually built”.

With those efforts, in June 2020, the investor has received 100% of the premises. Right after that, the construction work was carried out drastically.

As of October 12, pier foundation infrastructure and construction of superstructure, combined long bridge. Works have reached 90% of the total project volume and will complete the whole project before Tan Suu Lunar New Year (February 2021).