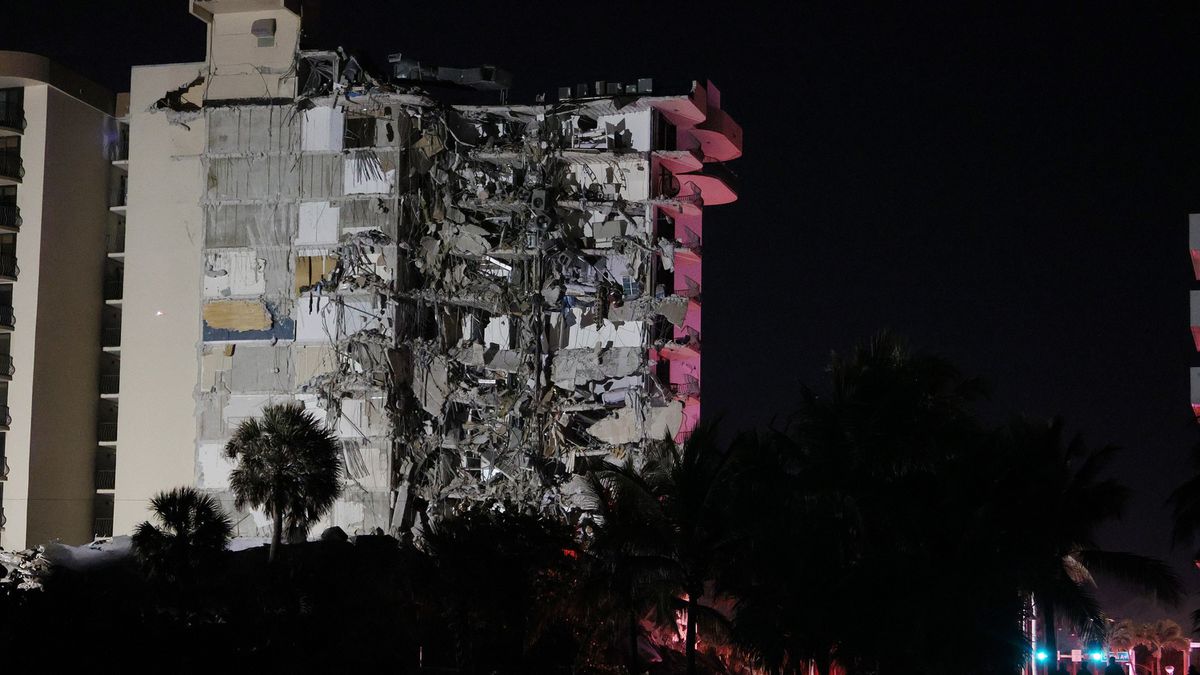 A large building of at least 12 floors has partially collapsed at two in the morning of this Thursday in Miami (8.00 in mainland Spain), near the beach of this city in the US state of Florida, according to the services of rescue and Miami Dale County Police, where the incident occurred. At the moment the local authorities have confirmed one deceased, a dozen injured and 15 families whose homes have been destroyed will be relocated to hotels.

The event occurred between 88th streets and Collins Avenue, in the town of Surfside, about 9 kilometers from Miami Beach, on the same coastline. Surfside Mayor Charles W. Burkett has confirmed that there is already a fatality. “The police chief has told me that at least two people were transferred to the hospital and one of them has died, 10 people have been treated at the site and we have 15 family units in a community center that are going to be transferred to a hotel” , they have indicated in a brief interview with the morning show Today Show.

At the moment the causes of the collapse are unknown. 80 rescue teams have been moved to the place between police and members of the different fire departments of Miami-Dade County, while access to traffic has been closed between 85th and 96th streets.

Burkett explained that search dogs have been working through the rubble all night trying to locate survivors, but have not been able to mark any leads. Firefighters specialized in catastrophes in buildings have managed to enter to continue tracking and assessing the situation. “We don’t know how the rest of the building is,” said the mayor.

“I woke up everyone in the room because when I looked out the window, I saw everyone outside,” Kimberly Morales, a neighbor of the condo, told CNN. “I told everyone to hurry up and get out of the building.” Morales has assured that he did not hear the collapse of the building, but when he came out, he saw that a significant part of the building was missing, which was built in 1981. It is the residential complex Champlain Towers South Condo an apartment building with 136 homes.

The firefighters have managed to get a boy alive from the rubble, as can be seen in the images of the local television network NBC6. One of the firefighters has taken him on his shoulders and they have laid him down on a rescue stretcher.

A family reunification center has been established for anyone searching for missing or missing relatives between 93rd Street and Collins Avenue and they have set up a hotline for searches.

Santos Mejía, husband of a woman who was trapped on the ninth floor, where she was caring for an elderly person, told CNN that he received a call from his wife around 1:15 in which he said: “Something happened terrible, it seems that there was an earthquake and everything is dark ”. Throughout the morning it has been possible to communicate with her on several occasions, the apartment was still without power, but the last time they spoke, she confirmed that they were going to be evacuated.