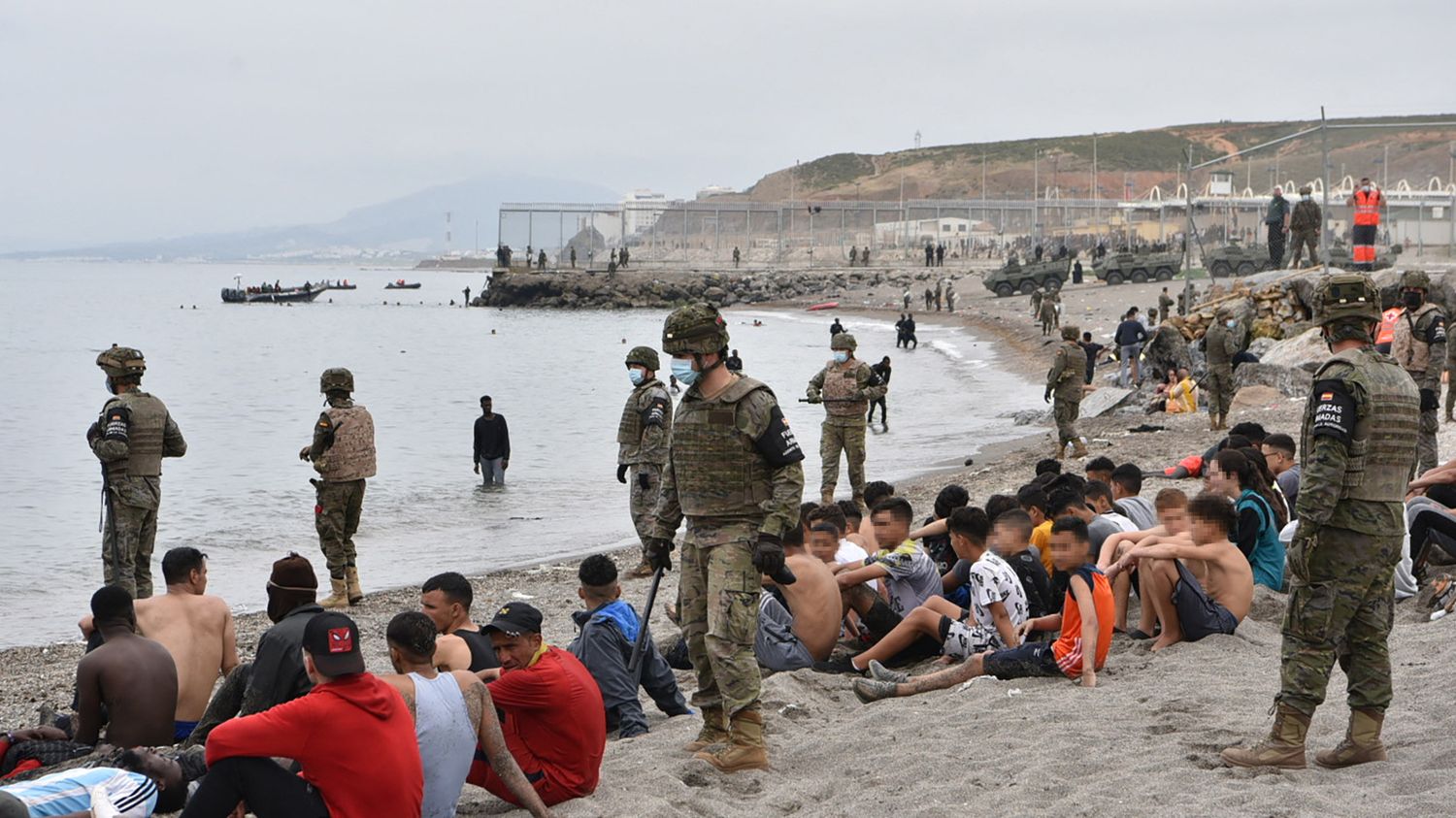 Since Monday, May 17, a massive arrival of migrants on the beaches of the Spanish enclave of Ceuta was found. In 24 hours, nearly 8,000 of them reached the coast. The Moroccan authorities let follow a diplomatic conflict between the two countries.

The tension has risen again from a notch to Ceuta, a Spanish enclave on the northern coast of Morocco. Clashes took place between border guards and those trying to force the borders of the enclave. The army was called in to reinforce it with the aim of stemming this unprecedented flow of migrants and getting them back as quickly as possible to Morocco, in the greatest confusion. Ceuta is a small piece of Spain stuck in the northwest of Morocco. Since Monday, May 17, migrants have arrived by the hundreds, bypassing the land border, passing by sea. Young men, but also women and children have crossed this border. The migrants try their luck, sometimes under the indifference of the authorities. Why is Morocco allowing it to happen so suddenly?

For many experts, this is a retaliatory measure against Spain, which recently agreed to hospitalize, on its territory, Brahim Ghali, the leader of the Saharawi independence movement, sworn enemy of the Moroccan authorities. This piece of territory has become the heart of migratory tensions in Europe. 8,000 migrants arrived at Ceuta Tuesday, May 18. Half of them have summer returned in Morocco.