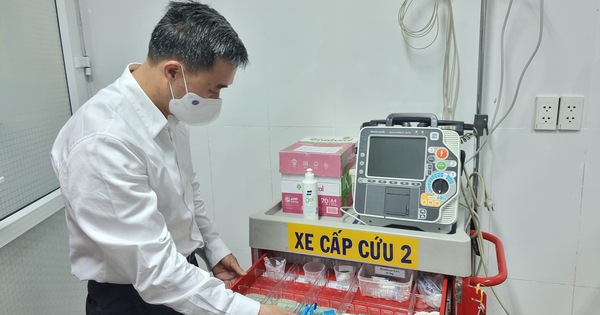 
There are also 2 entry cases. As follows:

Case 2982 (patient 2982) recorded in Da Nang city: Male patient, 28 years old, address in Hoi An city, Quang Nam province; working in Hai Chau district, Da Nang city from April 29. On May 2, the patient had symptoms of fever, fatigue, was sampled on May 2, and tested positive for SARS-CoV-2 on 3-5 days. Currently the patient is isolated and treated at Da Nang Lung Hospital.

On 3-5, patient 2983 – 2984 from abroad entered Long Binh border gate and was quarantined immediately after entry in An Giang province. Test results on 3-5 days positive for SARS-CoV-2. Currently, the patients are isolated and treated at the Medical Center of An Phu district, An Giang province.

Patients involved in epidemiology sit near 2 Chinese experts (quarantined entry from April 9 to 23 in Yen Bai province) on flight VN160 from Da Nang to Hanoi on April 29. Test results on 3-5 days positive for SARS-CoV-2. Currently, the patient is isolated and treated at Dong Anh Central Hospital for Tropical Diseases.

With 4 new patients, the number of cases nationwide to 4-5 days is 2,985 cases, of which 2,560 people have recovered and were discharged from the hospital. The number of people infected from April 29 to now has increased to over 35 cases, of which 14 cases in Ha Nam, 4 cases in Hanoi, Da Nang 1, Ho Chi Minh City 1, Hung Yen 2 and Vinh Phuc 13 cases.

The Ministry of Health also said that the number of COVID-19 cases in the world continued to increase, of which India had more than 420,000 new cases per day, the 12th consecutive day that India recorded over 300,000 cases. new / day. In Thailand, on 3-5 days, over 2,400 cases and 31 deaths were recorded, which is the day with the highest number of morbidity and mortality from COVID-19 in Thailand ever.

Today 4-5, a medical team of 35 people from Vietnam will go to support Laos against the epidemic. In the delegation, there were experts who presided over the anti-epidemic in Da Nang and Hai Duong recently.