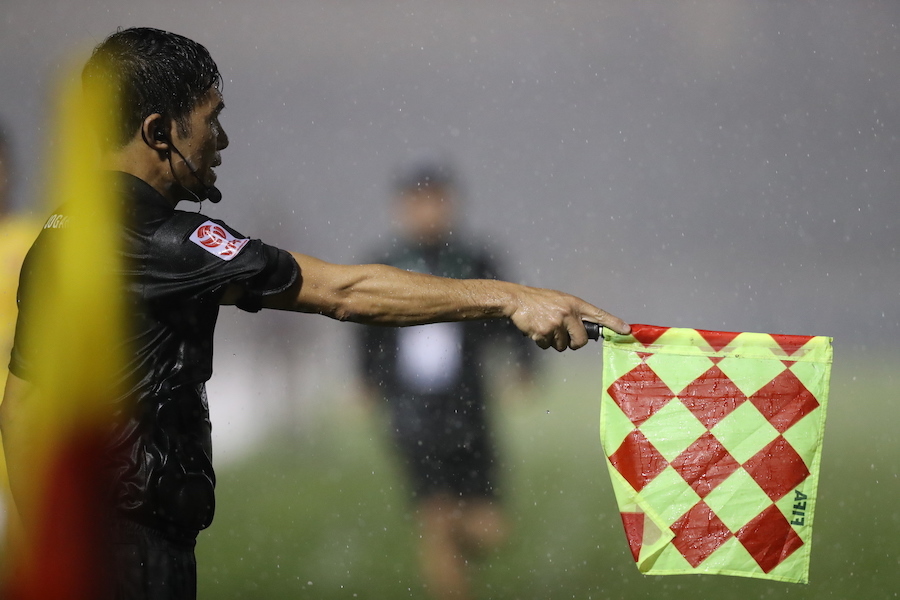 Head of the VFF Arbitration Board Duong Van Hien admitted that the error of the Black King continuously falling into the Nam Dinh team is difficult to understand.

Mr. Hien told VietNamNet: “Right from the beginning of phase 2 LS V-League, the referee board and the referees determined the tension of the matches, especially the championship and relegation races.

In the match of Quang Nam against Nam Dinh in the third round of phase 2 at Tam Ky, the referee board predicted the importance level and assigned referee Ngo Duy Lan with much experience in running the match. With his assistant K’Duc Tuan, who has 15 years of holding the flag, this year is over.

We are well prepared, but football doesn’t say anything and the referee’s mistakes are part of the game. What the referee board has to think a lot is that the referees often make mistakes with Nam Dinh team.

If the other team is probably okay, it feels like it’s happening. The incident became more tense when Nam Dinh was racing to keep up the “.

The referee board explained that the rain could affect assistant K’Duc Tuan’s vision. However, when the referee made a mistake, they must receive a disciplinary sentence and the teams must also accept the game.

It is known that the VFF Arbitration Board has decided to discipline the end of the season with the assistant referee K’Duc Tuan.

Before that, in the match between Quang Nam and Nam Dinh, in the 75th minute, when the number was 1-0 in favor of the home team, Rafaelson faced goalkeeper Van Cuong and scored exactly on the goal of Quang Nam.

However, this goal was not recognized by the referee Ngo Duy Lan because the assistant referee K’Duc Tuan previously flagged the offside flag.

This decision of the referee team controlling the match met with a backlash from Nam Dinh club. Slow recording shows that Rafaelson is still standing on a Quang Nam player before the foreign soldier finishes off the net.

For his part, the Nam Dinh Club also sent an official dispatch to the V-League Executive Board, the VFF Arbitration Board, to consider controlling the match between Quang Nam and Nam Dinh by the referee team.

“Assistant referee 1 K’Duc Tuan observed in a favorable position, his vision was not obscured, and he did not raise the flag to report the players of Nam Ha Nam Dinh Pharmaceutical Club before the ball hit the player. Hoang Xuan Tan popped out.

But when the Rafaelson player scored against the Quang Nam club, Assistant referee 1 K ‘Duc Tuan raised the flag to report offside and did not recognize the goal of Nam Ha Nam Dinh Pharmaceutical Club., the official letter of Nam Dinh clearly stated.

Nam Dinh club emphasized that the above inaccurate decisions had a significant impact on the relegation battle of teams, worsening the image of the V-League 2020 tournament. upcoming matches of Nam Dinh club in particular and clubs in general.

After losing to Quang Nam, Nam Dinh faced many disadvantages in the relegation race. In the next round, the Southern team had a “reverse final” match with Hai Phong. If we lose this match, Nam Dinh is in great danger of going to the First place.

Regarding the arbitration work in the final rounds of LS V-League 2020, Head of Arbitration Board Duong Van Hien said that besides the referee assignment continued to be on top, referees were also encouraged. Mentally, well prepared professionally and mentally to be ready to run the games that are expected to be very stressful.