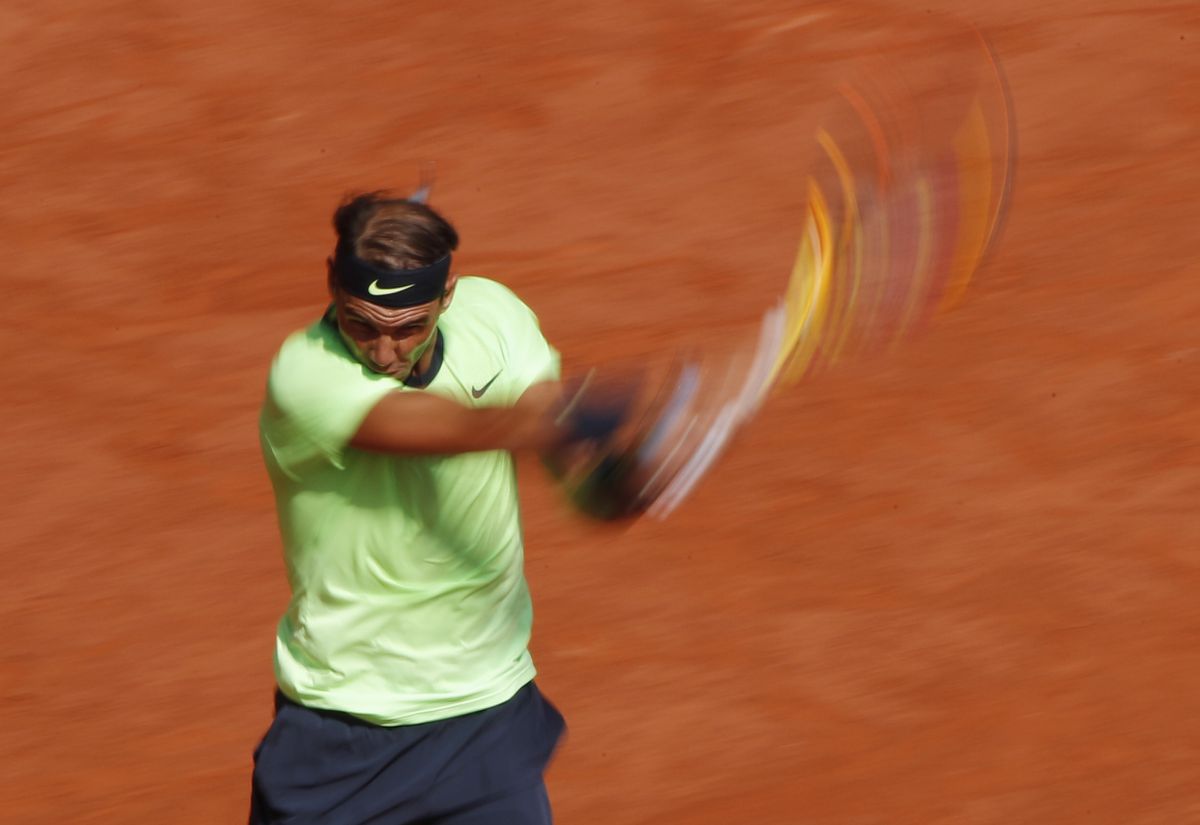 The concern happily leads to an extraordinary reaction, because Rafael Nadal always gets up on time. The Spaniard grits his teeth, goes to the center of the court and celebrates in the shape of a cross, arms raised. But first he has dodged a good suffocation. Diego Schwartzman, an old acquaintance, has led him towards the first compromised situation at this Roland Garros, placid until the Argentine, a fearless guy, has formed a good mess and scratched a set. There is fire, but no fire. The Spaniard responds to the affront with a brutal onslaught and on Friday he will play his fourteenth semifinals in the French great, against Novak Djokovic or Matteo Berretini (summoned at 8:00 p.m.).

La Chatrier regains joy; incomplete, but joy at the end of the day. After last year’s desert edition and the first five silent rounds of it, the central stand is partially occupied – of the 1,000 spectators authorized so far, this Wednesday it rises to 5,000 due to the moderation of sanitary restrictions in Paris – and the commotion recolors the inhospitable landscape of the previous days. The noise returns, the hubbub, the shouting. There is a buzz, the track is another story. “Diego, Diego, Diego!” They cheer Schwartzman, who today has the favor of the Parisians for adding pepper and trying to make up for history a bit. Still far from those volcanic times, the sounds fall like holy water on the Chatrier.

Whatever the circumstance, sad the last month for Schwartzman because the setbacks have been a constant during the dirt tour, the Argentine never wrinkles. Be more or less fine, always propose and take risks, face matches head-on and compete without speculating, with a transparency that sometimes doesn’t help you. You see it coming. And Nadal, as astute as anyone in the territory of interpretation, reads between the lines what the Peque’s bet is: acceleration and braking, changes in height, from vertigo to pause to see if that way he can entangle the giant. This, however, knows them all and as for the rival he has a short ball, arms his arm and unloads with everything to go concrete the victory. There is friendship, not sorry.

This is how Spanish adds the first two to the box breaks and he takes the first set, wearing a wrist and a slap to a slap. Solve the start gap in the second, from 0-3 to 3-3, imperial as so many times. It so happens that Schwartzman, an imp who plays tennis like angels and balls with a stinger on his racket, forces them to play several games within a game. Regardless of how you are or what ranking occupy, permanently requires thinking. Buenos Aires is a sudoku game. In the previous one, he referred to the sun – “the ball goes higher, and that benefits Rafa” – and when he tries to hide behind the clouds that pass over the sky of the Chatrier, the Mallorcan suffers a considerable bump and the adversary grows and grows.

“Diego, Diego, Diego!”, Celebrates the center, wanting to march and more tennis. “In many parts of the world they love Argentines very much,” he reasons, appreciated here and there, highly respected as his figure (1.68 tall) and his (cerebral) proposal represent an absolute exception in a sport in which sent by the towers and bombers, with very few free verses already. The Peque is one of them, and that is why Nadal always expresses himself from admiration, qualifying him as one of the best in the world. It is.

It’s not easy to see him go through a bad time like this when the Balearic Islands. Not in Paris. Schwartzman squeezes him and squeezes him, winning the second set after a Nadal cane at the most inopportune moment. The counter, then, stops: there are 36 consecutive sets between the one that yielded in the 2019 final, against Dominic Thiem, and this one that the Argentine snatches from him. The record is still 38, then. He goes to the chair pissed off by some doubtful balls that have not fallen from his side and has them with the judge, Damien Dumuosos; he is nervous and soaked, he changes his gear while muttering, and the excess of momentum makes the logo on the bandana line up correctly. Rare in Nadal.

For a long time, the duel runs on a fine thread. They think, not a few, of that meeting three years ago, in the quarters, when Schwartzman already swiped a sleeve and the rain decisively interrupted that episode. Nadal came out gracefully then, and he does it again because little by little he recovers, he tones the serve and his natural blow makes the opponent back several meters; from there, so far from the network and so close to the wall, the panorama completely changes. Schwartzman (28 years old) becomes a real threat and resists until with the 4-3, ahead in the third set, the Mallorcan (35) says enough and reacts in the form of a hurricane. Nadal is back, Nadal opens his wings. Show your saw. Liberation arrives.

He breaks for 5-4 and proposes a beastly barrage of nine games in a row without looking back, stepping on the accelerator. Schwartzman’s resistance frays with each crochet and finally jumps through the air. The denouement becomes a recital. In the moments of greatest uncertainty, when the rope tightens the most and the occasion demands it, Nadal resizes and emerges. It has always been like this. This is what happens before El Peque. In case there was any doubt.