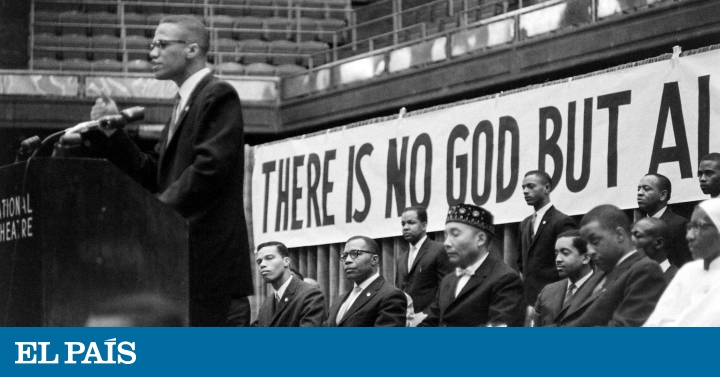 
The investigation into the murder of Malcolm X is one of the most notorious cases in the United States since the crime was perpetrated in 1965. This week, 55 years later, the office of the Manhattan District Attorney, Cyrus Vance Jr., has communicated who is reviewing the case after the premiere of a Netflix documentary series, titled Who Killed Malcolm X? and released on February 7, which raises questions about two of the men convicted during the process.

In addition to reviewing various theories surrounding the case, with a greater or lesser degree of verisimilitude, the documentary focuses on the alibis of two of the three detainees: Muhammad Abdul Aziz and Thomas Johnson, who took the name Khalil Islam. They both insisted that they were innocent. The first maintains that he was at home recovering from a leg injury the night of the murder. Halim also said that neither of the other two convicts was involved. The documentary tells that a civil rights lawyer, William Kunstler, obtained documents from the FBI that support Halim’s version and names other accomplices.

“The Manhattan district attorney has met with representatives of the NGO Innocence Project regarding this matter,” Vance spokesman Danny Frost said in a statement. “It has been determined that the district attorney’s office will begin a preliminary review of the matter, which will inform what additional investigative steps can be undertaken,” he continues. One of the prosecutors assigned in the review is Peter Casolaro, who also worked on the investigation that cleared the case of The Central Park Five which also has its own series on the same platform, This is how they see us.

Television documentaries have become an unexpected tool for reopening old cases and, at times, changing them forever. Surviving R. Kelly, premiered in January 2019 about the R&B singer, it caused him to again face accusations that he kept minors at home against their will and that he was sleeping with them. Following the horror stories told by the victims, the police reopened the case and on February 23 charged him with ten counts of sexual abuse. Also last year Lorena, on Amazon Prime Video, it forced the media to reflect on the way they had judged, in the 1990s, an abused woman who cut off her husband’s penis.