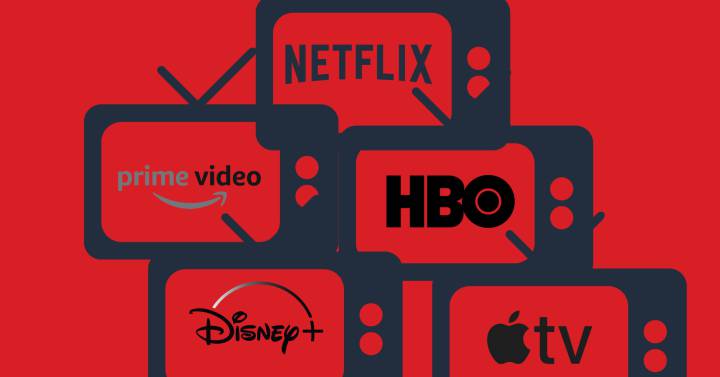 
Nobody remembers Blockbuster anymore. Now everyone talks about Netflix. And from Prime, Disney Plus or HBO. This way of watching television already accounts for 25% of the television market, after attracting nearly 900 million users, according to the latest audience report from the data analysis and measurement company Nielsen Holdings. The goal remains to beat Netflix’s strong leadership.

The pandemic has been key to achieving these figures, says the economist and professor at Deusto Business School, Mario Cantalapiedra. “The lockdown has helped people connect more with platforms that have found an opportunity for growth with the pandemic.” Nielsen Holdings provides data that size this explosion: spending on technology products (devices and services, such as streaming) now ranks third in households, increasing 44% compared to pre-pandemic technology spending.

In the new television market there are many competitors, but most of the pie is divided between five: Netflix, Amazon Prime, HBO, Disney Plus, Apple TV. Netflix is ​​the leader with 183 million subscribers worldwide in the first four months of the year. It is followed by the Amazon platform, Prime, with 150 million subscribers. HBO ranks third, with 140 million users. Others like Disney Plus and Apple TV – which have been among the last to join the race – have 50 and 33 million subscribers, respectively.

The peloton distances from the head are narrowing. Netflix remains in the first places of audiences because it has an excellent user experience, it constantly updates its content and because its application works without problems, which is not necessarily the case on other platforms. It has set a standard and, by being a pioneer, has started with a competitive advantage. “But it is dispensable because now there is a lot of competition,” suggests Elena Neira, a researcher specializing in new audiovisual distribution models and author of Streaming Wars, which explains the phenomenon of the new television.

At streaming, the figures are not exclusive. Thus, the 183 million Netflix subscribers are not necessarily exclusive to that platform, so it is not unusual that, for example, they also consume Prime. “This market does not function as a direct competition, but rather as a set of platforms that complement each other,” explains Neira, and ensures that its survival depends more on its internal operations and loyalty with its audiences. “They do not seek to offer their content portfolio so that we necessarily unsubscribe from the other, but rather they want to generate trusting relationships with their users. They seek to mock the client’s head and be part of ordinary conversations.”

Users usually have between two or three services of streaming and they jump from one to another at every moment. The average user does not abandon one platform for another, but rather stops consulting it for a while and returns when there is new content. According to Nielsen, the number of quotas people are willing to budget for and to which they subscribe has increased: only 2% of adults are reducing their number of subscriptions, while 25% have added an account in the last three months . Hispanics are the ones who “have adopted new services the most”; 20% more than Asians and 15% more than whites.

Netflix has begun to feel the strong step of its other competitors. José María Benito, director of the Specialization Diploma in TV Series Production and professor of Audiovisual Market Structure at the Villanueva University, considers that the competition has “found Netflix’s vulnerabilities”, which are “a lot of content but of lower quality” and “such a wide range of options and audiences that it does not completely conquer anyone”. In his opinion, he is now beginning to exploit them.

Such is the case with Prime like HBO, which for now are the second and third forces. The economist and professor at Deusto Business School, Mario Cantalapiedra, warns about future leadership in the market led by Prime, the platform that belongs to Amazon (one of the western technology giants and a member of the GAFA group: Google, Amazon, Facebook and Apple). “I would not rule out that in a short time we will attend a concentration of the industry of streaming also in the giants that already dominate other technological fields ”, suggests Cantalapiedra, also referring to Apple TV, Tim Cook’s company.

“Apple’s model is interesting because the company is not looking to be the new Netflix. What he wants is for you to buy his devices and live the Apple experience. And Apple TV, as well as Apple Music, are part of that experience ”, adds Neira. Currently, the bet of streaming from the Cupertino company is included with a free one-year subscription on all of its products.

For Benito, the success of a platform like HBO “is in the quality of its production.” “There you go Homeland, for example, with a fantastic and successful production at all levels, advertising, audiovisual and conjunctural ”, he details. Another of the great successes of this platform has been Game of Thrones. However, the expert believes that HBO needs to conquer the children’s audience; a problem that another of its competitors, Disney Plus, does not have.

“Disney Plus will eat it all,” says Nicolás Grijalba, professor of Film History and director of the Degree in Audiovisual Communication at Nebrija University. The company has carved out a niche in the market despite having been one of the last to hit the market (it did so in November 2019, along with Apple TV) and it has not disappointed. Grijalba highlights the recent strategic turn of the company, which announced a reorganization of its contents and services to favor the market of the streaming and put aside the movie theaters. “It will mean an important change in the way we relate to the cinema, or to that dense and attractive universe called audiovisual.” Disney Plus also has two advantages: the prestige of the brand and a wide audiovisual catalog for all audiences: from Star Wars and Marvel to Cinderella.

Has the teleworking boom in the wake of the pandemic created a kind of bubble in the labor market? streaming? Cantalapiedra does not see it that way. Beyond bubbles, the economist believes that confinement has only reinforced a booming market. “The streaming It is a phenomenon that will have a journey, beyond its spectacular increase during confinement. Like many people who had never bought online have had their first experience with confinement and now they are going to continue shopping online, the streaming it will continue to be consumed, as many people have liked it ”.

“But the most important thing is to remember that the audience is in charge,” says Benito. “They decide if the content offer is interesting and if the platform has a future or not. There must be competition to force the platforms to invest in better quality productions and in turn, to force the platforms to moderate the price ”. The The case of Quibi, a platform that promised to unseat Netflix and had to close in six months, is the best example to understand what Benito is saying. Not everyone who competes wins, but to win you have to compete.