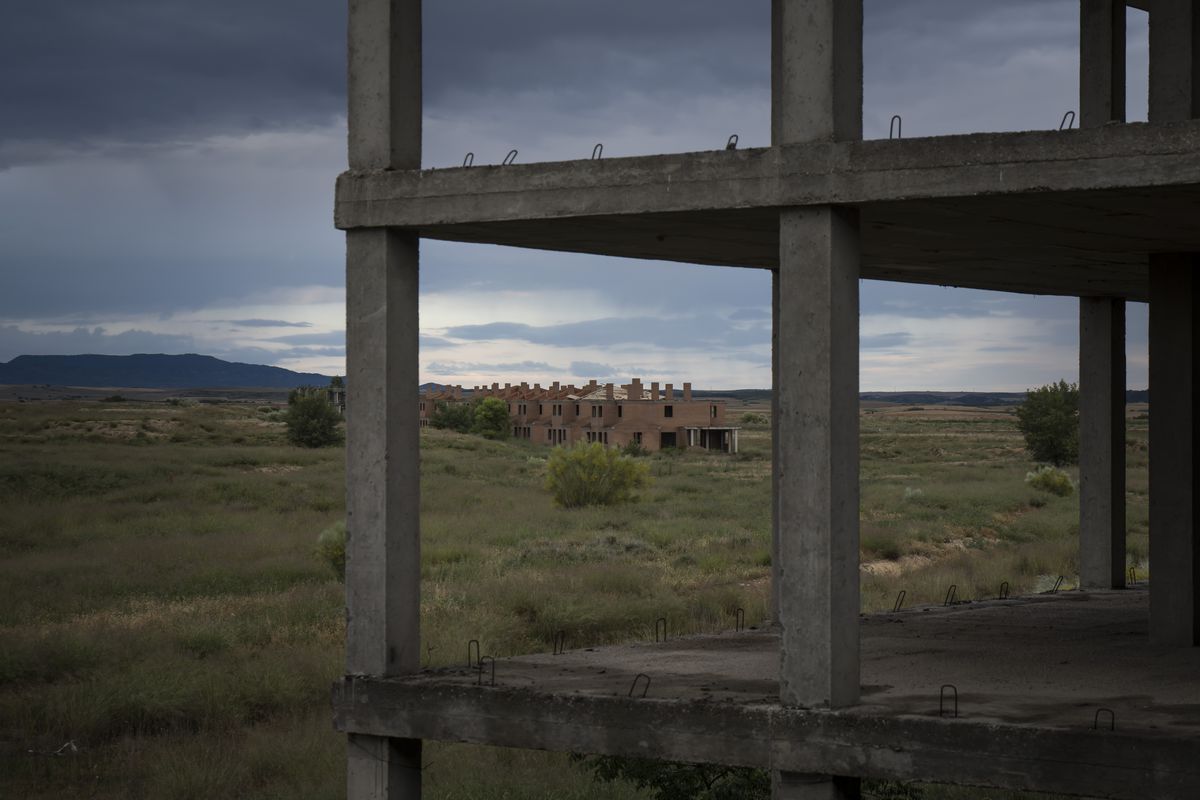 The surplus of new unsold housing remained largely intact in 2020. The number of houses without a buyer ended the year at 456,918 units, just 200 less than in 2019, according to the latest data from the Ministry of Transport, Mobility and Urban Agenda. The meager annual reduction of 0.04% is the lowest in 11 years. The pandemic caused the market to stop absorbing the housing surplus at a time when the debate about empty houses is intensifying in Spain.

At the turn of the century, in the days of the bubble rampage, unsold housing spiked wildly to reach 650,000 homes. In 2010 the turning point came: despite the fact that the Great Recession left anemic sales figures, construction also came to a halt, with which the market began to reduce the surplus. But the process has been slow (less than 200,000 homes in 11 years) and in 2019 it already showed signs of slowing down because as time goes on there is a remnant of houses never sold that are increasingly difficult to place. And at the same time, the development sector has been reactivated, with which more new homes are manufactured.

In Madrid and Barcelona, ​​the two largest markets and the most active in residential construction, the stock of unsold new housing increased in 2020. The capital region ended the year with a surplus of 45,071 houses, 4.1% more than in 2019; in the province of Barcelona it was 43,000 houses, 3.9% more.

The surplus of new housing is not equivalent to all the empty housing in Spain. Quantifying this is tricky. According to the latest official figure, from the 2011 census, in Spain there were 3.4 million empty houses, a huge difference with the 626,000 unsold homes that were in that year. The first statistic shows how many houses nobody lives in; the second refers to properties that have not yet found a buyer (and some probably never will).

The gaze of many public administrations has settled on this problem. In times of problems of access to housing – which is attributed to the shortage of supply, particularly social and affordable – using empty houses to increase the number of rents is a recurring idea in many autonomous communities. The Balearic Islands is the one that has taken it further, when last March it ordered the expropriation of the use of fifty buildings. The idea is that the regional housing institute (Ibavi) manages them on lease for the duration of a contract (five years if the owner is a private individual and seven years if it is a company).

The Balearic regulations allow the forced expropriation of floors of large holders (people or companies with 10 or more houses) that have been unjustifiably empty for two years. Of the 56 properties initially affected, in 19 the procedures in the allegations phase have been paralyzed, when accepting the reasons put forward by the owners, reports a spokeswoman for the Balearic Government.

But if the Balearic Islands is the loudest case, it is not the only one. The Basque Country has approved this month a regulation that allows something similar and is aimed at any type of uninhabited property, small or large owner. Excluded are, as usual in all regulations, justified causes such as second homes or job transfers. The measure develops a possibility covered by the Basque housing law, which in its day was endorsed by a ruling of the Constitutional Court. It will start from an autonomous registry of unoccupied housing that will begin to function next September.

The basic idea of ​​this registry is to heavily tax empty properties. The annual surcharge for an uninhabited house without justification starts from 10 euros per square meter and may be tripled if time passes and this situation is not corrected. In areas where there is a high demand for housing, forced rent may be required for a period of five years, extendable for another five. And in more extreme cases, such as abandoned flats that threaten ruin, the City Councils and the Basque Government may carry out their forced expropriation.

Catalonia, contrary ruling of the Constitutional

The legislation of Navarra, also endorsed by the Constitutional law, also provides for the expropriation of empty houses, although only in the case of legal persons (that is, companies). However, normatively developing this possibility is not part of the provincial government’s plans. “We could get hold of that resource, but we are now testing the way of negotiation,” says a spokesman for the Housing area. Efforts are focused right now on completing the empty housing registry and looking for formulas for tax penalties, something that is much more common and other communities contemplate.

This is the case of Catalonia, which also explored the path of expropriation, but a Constitutional Court ruling overthrew it. The ruling did not go into the substance of the matter – as has been said, in the cases of Navarra and the Basque Country it endorsed this possibility – but was based on the parliamentary procedure used. Catalonia had approved an autonomous decree-law and the judges considered that it was not possible to legislate on something that affects the right to property, protected by the Constitution, through this emergency resource.

Aragon also studies the question in a future standard that he prepares. The current one already contemplates the registration of unoccupied housing and the transfer of use by large holders under certain circumstances, something that has not had a satisfactory embodiment so far. In the same way, the Valencian Community “is preparing a decree” to develop the procedure to follow in case of empty flats, they indicate in the Second Vice-Presidency of the Generalitat Valenciana. This community also saw an article of its Housing Social Function Law that made reference to the expropriation of usufruct in some foreclosure proceedings annulled by the Constitutional Court.

In any case, it seems likely that, as the Canary Islands and Catalonia also foresee, the Valencian and Aragonese regulations focus on penalties for empty housing. This route is also the one that the Government has decided to incorporate into the future state housing law. Although the negotiations are not closed, sources both from the socialist wing of the Executive and United We Can have declared in the past to agree to facilitate a surcharge of the IBI by the City Councils as a way to discourage the existence of empty floors. For this, a definition of what is considered an uninhabited home will be incorporated and under what conditions (foreseeably only for large owners and after an unemployment of more than two years) the tax may be increased. The surcharge would be progressive until reaching a limit of 50%.