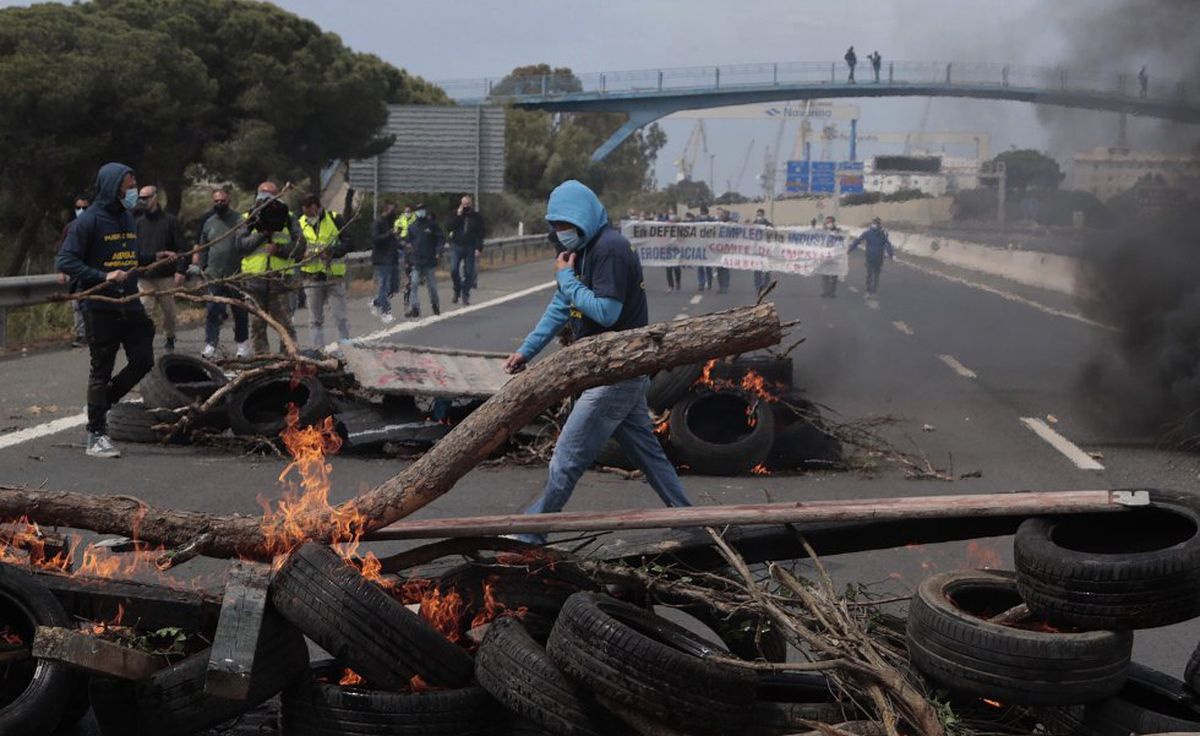 
The Senate has definitively repealed article 315.3 of the penal code this Wednesday, which gave rise to the request for jail to some 300 trade unionists and strikers during the past decade, according to the calculations of the workers’ centrals themselves. The norm, which punished with prison sentences of up to three years for coercing other workers to support a strike, has been repealed with 139 votes in favor, among them those of the PSOE and United We Can, 106 against, among which were the of PP, Citizens and Vox, and 14 abstentions.

This was the last parliamentary procedure that this reform of the penal code had to pass. After leaving Congress with a large majority of 189 deputies, the rule passed to the Senate. By leaving the upper house without amendments, you no longer have to return to Congress and, therefore, have already received its final approval.

Among the public that was in Congress today was the leader of CC OO, Unai Sordo, the deputy secretary general of UGT, Cristina Antoñanzas, and some of the trade unionists who were prosecuted for this crime, as is the case of Rubén Ranz, of UGT , or José Alcázar, who was president of the Airbus inter-center committee and court in what was probably the best-known case of all that there was for this article, that of The Airbus 8.

In defending the repeal of the article, Toni Ferrer, former UGT leader and PSOE spokesman, stated: “The pickets are not violent. They have no insurrectional intention ”. Later he has argued that the task of these pickets is informative and that this work is coupled with the right to strike. Along the same lines, the Minister of Justice, Juan Carlos Campo, has pointed out that article 315.3 is a norm that causes “the discouragement of a fundamental right such as the right to strike.”

For her part, the PP spokesperson, Cristina Ayala, has indicated that the repeal is a “botch” and a sectarian and propagandistic measure with which the PSOE has wanted to make a gesture to unionism. Vox senator José Manuel Marín Gascón added that his group is in favor of the right to strike, but against it being exercised under pressure, coercion or violence. Both groups had presented two previous proposals for a veto to maintain the specific criminal offense for coercion in a strike.

After the vote in the Senate, the unions UGT and CC OO celebrated that a claim of theirs has been fulfilled for years. “There have been many informational, mobilization, support and international solidarity actions for the comrades who suffered the consequences of this article of the Penal Code. It has been a social, union and political fight in which our reasons, which are those of all citizens, have ended up bearing fruit with the repeal of Article 315.3 of the penal code ”.