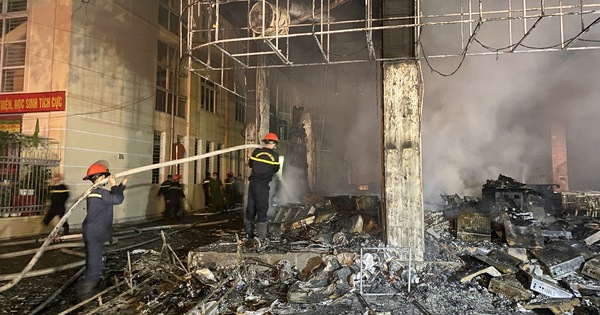 Firefighters tried to control the tea room fire in Vinh City, Nghe An on the morning of June 15 – Photo: DOAN HOA

The six victims were initially discovered on the second floor of the building, including four adults and two children. 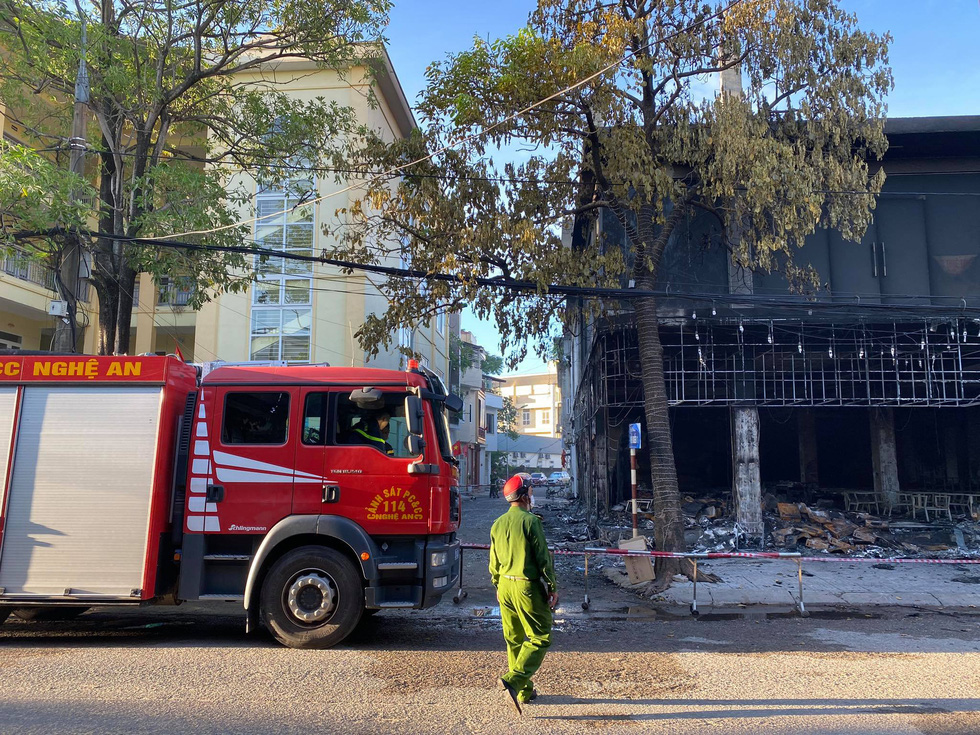 A large tea room in Vinh City, Nghe An suddenly caught fire in the night, making the whole neighborhood riot. Hundreds of firefighters were mobilized to put out the fire.

At 1:20 a.m. on June 15, soldiers from the Nghe An Provincial Police Department’s Fire and Rescue Police Department were still trying to control a fire that broke out at a tea room on Dinh Cong Trang Street, Vinh City.

Some people at the scene said, around 0:05 am on June 15, when people were watching Euro football, they heard an explosion accompanied by smoke and fire coming from Fill tea room, number 146, Dinh Cong Trang street.

“We ran out and saw black smoke, flames rising high. Because the tea room was closed, there was no way to approach to put out the fire,” a resident living opposite the tea room said.

Upon receiving the news, the Fire and Rescue Police Department of Nghe An Provincial Police dispatched at least 7 fire engines to fight the fire. At the same time, the orderly and mobile police force was also mobilized to protect the scene.

Because in this tea room there are many flammable materials such as tables and chairs, electrical equipment, so it is difficult to put out the fire.

Notes of nhận Youth Online From the scene, the fire burned almost the entire 1st and 2nd floor of the tea room. Many electronic devices and assets inside were burned.

Fill tea room is located in a 3-storey building, of which the unfinished 3rd floor is known as a large music room in Vinh City, operating for more than 2 years.

It is known that from June 8, this tea room has been temporarily closed to prevent and control the COVID-19 epidemic. There are no staff in the tea room at this time.

Vinh City police are investigating the cause of the fire.

Fire in a tea room in Vinh City at midnight – Video: DIRECTIONS

Many people came to watch the fire in the night – Photo: DOAN HOA

Because the tea room is made of many flammable materials, it causes many difficulties for fire fighting – Photo: DOWN FIRE

A car caught on fire due to being stuck in the basement – Photo: DO FIRE

The ruined scene of the tea room after the fire – Photo: DOAN FIRE