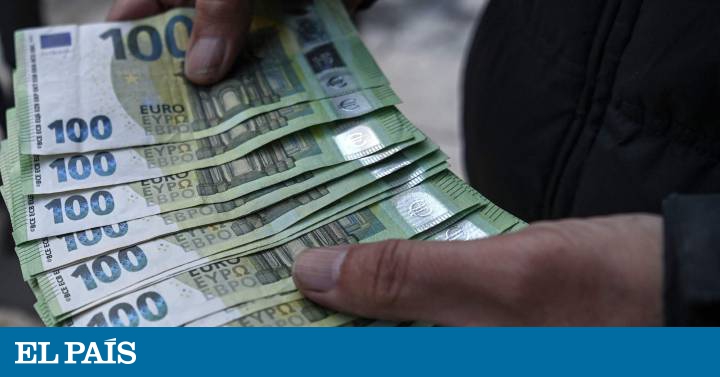 Repaying a loan to buy a car, living room furniture, washing machine or any other item costs almost double in the Girona municipality of La Jonquera than in the nearby town of Le Perthus, the closest town, but already in French territory. In January, the average interest rate applied to loans of between one and five years dedicated to the acquisition of goods and services for consumption or granted by financial institutions through their bank cards or directly in shops reached in Spain 7.01%. This percentage is 2.3 points above the average for the euro area (4.73%), and is 4.3 points and 2.4 points higher than the average interest rates in Belgium and France (2.78 % and 3.65%, respectively).

Despite being practically at the same level in which it was in December and being almost a lower point compared to January 2020 (7.99%), Spanish heads the average interest rates of the countries in its immediate environment , in which, beyond the aforementioned Belgium and France, there are also Portugal (6.58%), Italy (6.01%) and Germany (4.46%). With data from the European Central Bank (ECB), “in the euro zone, only Greece, Slovakia and the three Baltic countries exceed Spain in the cost of lending money,” says the finance expert of the banking comparator iAhorro, Antonio Gallardo.

How are these disparities explained? For the director of the Master of Financial Risks at ICADE Business School, Luis Garvía, the key lies in how likely it is that, in each country, users will not be able to extinguish their debts with the bank and stop paying their fees. In Spain, the delinquency rate – that is, the percentage of unpaid loans in relation to the total granted by banks – rose three hundredths in January compared to December, to 4.54%, its first rebound since August. In this context, “it is logical that interest rates on consumer loans are above those of other European countries in which the delinquency rate is less high, such as in France, where it is about two percentage points below that of Spain. ”, Points out Garvía.

Although it is somewhat lower than the level registered in January a year ago (4.83%) and is very far from the historical maximum to which it was seen rising in December 2013 (13.61%), experts believe that the rate of non-performing loans in Spain is destined to grow more as soon as the effect of the credit moratoriums and the different aid implemented to alleviate the effect of the coronavirus crisis disappears. Even so, for the moment, the cost of consumer loans in Spain follows a moderately downward trend that began a couple of years ago, in line with the rest of the euro zone.

Decrease in supply and demand

If the gaze were directed to loans for a term of more than five years, hardly any differences would be noticed with respect to those of shorter duration. In this category of loans, the average Spanish interest rate stands at 6.97%, that is, 1.2 percentage points above the average for the euro area, and only behind Portugal (7.61% ). It is followed by Italy (6.89%), Germany (6.24%), Belgium (4.68%) and France (3.37%).

These data are accompanied by a tightening of the criteria for granting credit in the last quarter of last year, which the Bank of Spain, in its latest report, defines “moderate”. “This evolution of the supply would be explained fundamentally by the increase in perceived risks, linked to the deterioration of the general economic outlook, and by the lower perceived solvency of the borrowers,” according to the supervisor. On the demand side, this “fell slightly during the last three months of 2020”, mainly due to “a decrease in consumer confidence and a reduction in spending on durable consumer goods”.

Other elements that can influence the final cost of these loans are “the risk profile of the client or that there are more financial agents in the market, so that banks carry out fewer operations, but with higher commissions”, explains Garvía . To understand why personal loans are more expensive than other types of credits, the fact that the user does not put anything as collateral that the bank can claim in the event of non-payment cannot be ignored, “such as a home in a mortgage ”, he concludes.