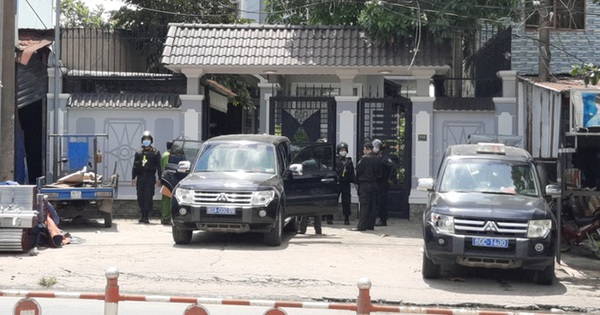 Petrolimex said that according to the initial report of Dong Nai Petroleum Company, Trang Dai petrol station was investigated in connection with the smuggling of petrol and oil.

Petrolimex said that the unit will continue to work closely with the investigation agency to clarify relevant issues (if any) to contribute to the healthyization of the petroleum business market in Dong Nai province and the whole country. .

Like Newspaper Workers It was reported that, on the same morning of May 18, the Dong Nai Provincial Police Investigation Police Agency issued an urgent arrest warrant for Ms. Nguyen Thi Nhu My, owner of a private business Viet Khanh Anh, to investigate her behavior. illegal smuggling

The “terrible” fake gasoline line has been dismantled by the Dong Nai Provincial Police in coordination with professional units of the Ministry of Public Security since early 2021.

Thus, up to now, in the process of expanding this project, the police agency has prosecuted and detained 59 defendants for investigation of acts of smuggling, manufacturing, trading in fake goods, illegally trading in chemicals. applications and receipts for collection and payment to the state budget, receiving and giving bribes; seized a large number of related exhibits.