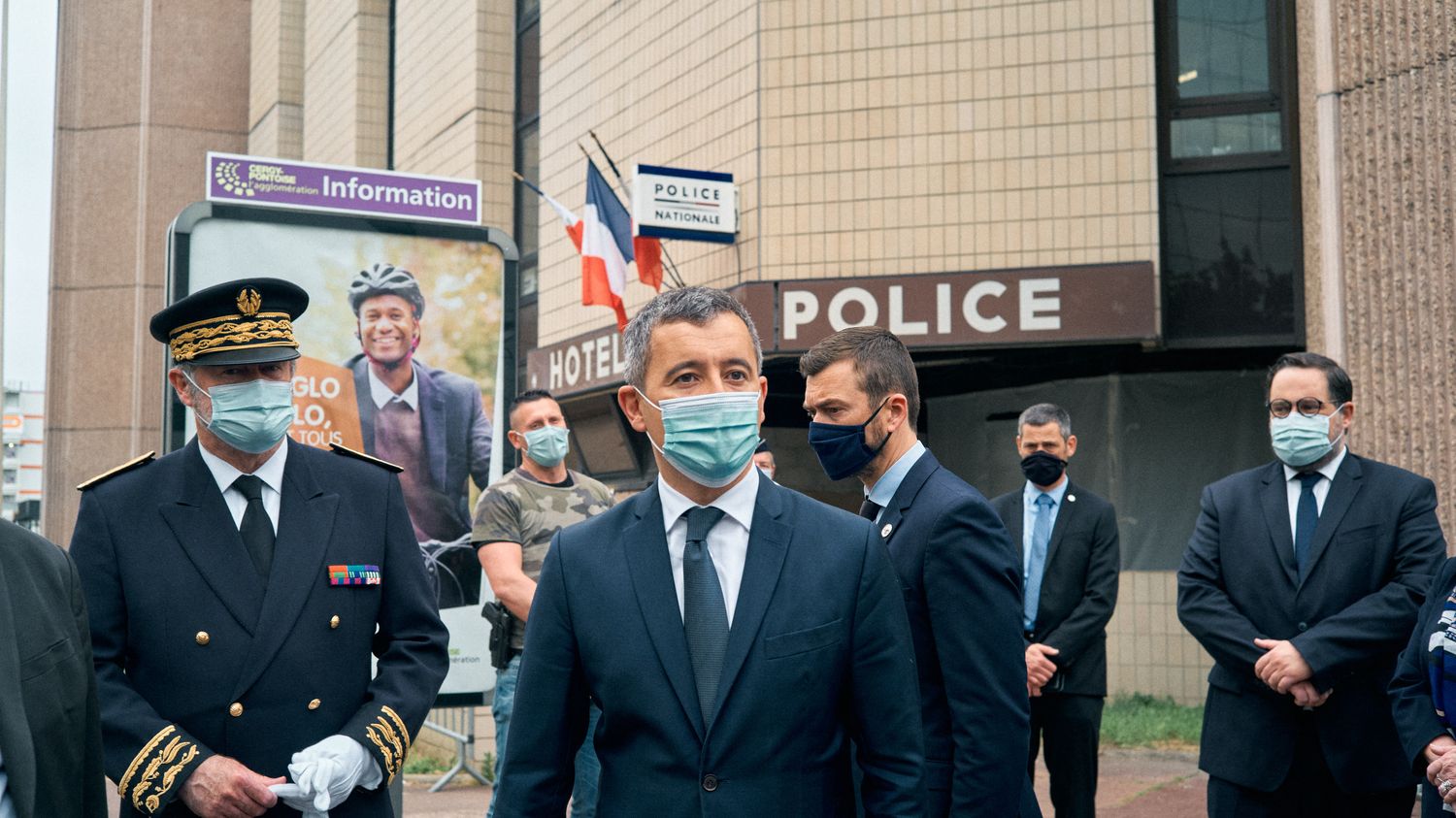 Can a minister attend a demonstration calling for stronger action from his government? The question arises as the Minister of the Interior, Gérald Darmanin, announced his participation in the rally organized on Wednesday May 19 by thepolice unions, which demand more severity for “law enforcement aggressors “.

Two weeks later the murder of Brigadier Eric Masson in Avignon, trade unions called the “citizens” coming soon “support” during this demonstration scheduled from 1 pm to 3 pm, in front of the National Assembly. Many political figures, from the right and from the left, have announced their presence, while security has become a campaign theme, a few weeks from the regional and one year from the presidential election. Buthe presence of Gérald Darmanin asks several questions.

1Why are the police unions calling for demonstrations?

This rally was organized after the murder, on May 5, of Eric Masson, a 36-year-old brigadier, killed on a deal point in Avignon. A drama that shook the police, already marked by the assassination on April 23 of Stéphanie Monfeture, administrative agent at the Rambouillet police station (Yvelines).

According to union officials, many police officers, “angry” and “disgusted”, see in the death of the sergeant during an intervention a symbol of repeated violence against them, which they believe requires “criminal response” firmer.

“The event will have a social character, it will not be a question of claiming more resources but of asking the question of which society we want for tomorrow”, reports to franceinfo Grégory Joron, deputy general secretary of the unit SGP Police FO, one of the unions calling for mobilization.

2Why does the minister want to go to this rally?

Gérald Darmanin will therefore join in a protest which asks the government to which it belongs to act. “It is exceptional that ministers take to the streets during the exercise of their mandate. But that a Minister of the Interior goes to a protest demonstration on the public highway at the call of the police gathered in inter-union, it is is unheard of “, assures Danielle Tartakowsky, historian, specialist in the history of social movements.

It was during a trip to the Vernon (Eure) police station on Monday that Gérald Darmanin announced to go to the National Assembly. “The anger of the police, it is legitimate because when they are constantly attacked by a part of the media class, when they have known for ten years the terrorism of which they were the first targeted, when they have known a year of violence from part of the ‘yellow vests’ (…) when they know the attacks, in particular this despicable murder in Rambouillet and this despicable murder in Avignon, I can understand their anger “, assured the boss of Place Beauvau in front of the cameras. “I will tell them both my support, my presence, and tell them that we are all in the same boat to fight against insecurity”, added the Minister of the Interior.

Gérald Darmanin once again expressed his support for the police during questions to the government, Tuesday, May 18.

“The republican police and the national gendarmerie are the watchmen of public security. (…) It is important to support the police, all the time and at all times”, declares @GDarmanin.#DirectAN #QAG pic.twitter.com/bkSUmjW7d0

“The presence of Gérald Darmanin is worrying, it expresses the desire for an even more security policy on the part of the government”, emphasizes Danielle Tartakowsky. In addition, the historian believes that with the approach of the presidential election, such a position on the security issue, which will be at the heart of the campaign, can be strategic.

3How are the unions reacting?

“Finally, the arrival of Gérald Darmanin makes us forget the reason for this mobilization, deplores Grégory Joron. What we want is to talk about the suffering of the police. Anyone can come and support us, but we will not hand the microphone to politicians. “

Patrice Ribeiro, general secretary of the Synergie Officiers union, shares this observation. “Politicians can greet the police people, see our colleagues, discuss with them, but we do not offer them a platform”, he insists to franceinfo.

Gregory Joron explains that the police officers’ reproaches are not addressed directly to the Minister of the Interior. “We cannot say that nothing has been done since his arrival, it is rather the penal policy pursued for thirty years which poses a problem. “

4Will there be other political figures?

Nicolas Dupont-Aignan will also participate in this gathering. “I regret that, for years, we have left the police without defense”, judge the president of Debout la France. He advocates a “comprehensive plan, including changes to the Penal Code”. However, the member for Essonne is ironic about the announced presence of Gérald Darmanin: “We have never seen a Minister of the Republic demonstrate against his policy, so it is a way for Mr. Darmanin to exonerate himself from his responsibilities.”

On the left side, the PCF presidential candidate, Fabien Roussel, and the first secretary of the Socialist Party, Olivier Faure, said they would also participate in the rally, as did EELV MEP Yannick Jadot.

We must give resources back to the police as well as to all public services @Fabien_Roussel) https://t.co/x9yI2aXxfj

Tomorrow I will be alongside the republican police to demonstrate to the police officers, as to the magistrates, our attachment, our requirements so that they can fully fulfill their mission, and our expectations towards them to re-establish the bond of trust with the French.

A delegation of majority deputies will also go alongside the demonstrators. This list should grow even longer. Several personalities and political movements await the meeting of the groups in the National Assembly this Tuesday to pronounce with certainty.

5Which elected officials refused to go to the demonstration?

For the moment, the parliamentary group of La France insoumise (LFI) is the only one to have formalized its refusal to attend the demonstration. In a note published on the party’s website, LFI denounces a “political instrumentalisation of those who, officials of the national police or soldiers of the national gendarmerie, died cowardly murdered by criminals”.

“We will not participate because we do not share the demands on the basis of which the police organizations are calling for demonstrations”, explains to franceinfo the deputy of rebellious France Ugo Bernalicis. The elected official reports that the group has already called for the opening of a commission of inquiry to prevent suicides in the police, without receiving support from the majority or police organizations so far. “It is also intolerable that a Minister of State should participate in a demonstration of pressure on the National Assembly, this goes against the separation of powers”, considers the member from the North.