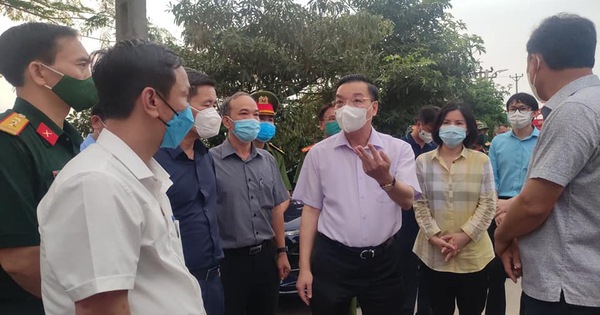 On the evening of May 9, Hanoi City People’s Committee Chairman Chu Ngoc Anh, Head of the Steering Committee for COVID-19 Prevention of Hanoi City, directly inspected the zoning work in Kim Son commune, Gia Lam district, In the new epidemic, there are 4 female students in grade 12 in Thuan Thanh district who are positive for COVID-19.

At the quarantine post in Linh Quy Bac village, Kim Son commune, Gia Lam district, the leader of Kim Son commune said that 43 F1 were traced and concentrated, quarantined, traced more than 160 F2, set up a control post. disease in the area.

“In particular, it is necessary to check and control crossroads, shortcuts, strengthen blocking, to ensure that people from regions do not translate into the city” – Mr. Chu Ngoc Anh noted.

The President of Hanoi also asked Gia Lam district to assign the district military command board to coordinate with the Vietnam Academy of Agriculture and the Capital’s High Command to support the plan and deployment of the concentrated isolation zone at the academy. with a scale of about 600 beds. 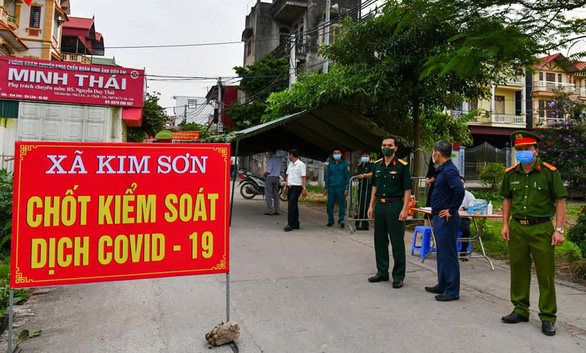 COVID-19 epidemic control pin was established in Kim Son commune when there were 4 cases positive for COVID-19 in this commune – Photo: XUAN THANH

Mr. Chu Ngoc Anh also cited the warnings of scientists and the Ministry of Health about most infections of the Indian virus variant, the infection cycle shortened to about 3-4 days, so traceability must follow. the motto of lightning speed, making the most of 48 golden hours to trace and control the spread of epidemic.

Chairman of the Hanoi People’s Committee also paid special attention to the risk of epidemics entering the city from outbreak sources in Bac Ninh, Bac Giang, Hung Yen, and asked the units to drastically and manage. closely adjacent to the area.

“Absolutely not neglect, subjective, to raise vigilance and affirm that the passers are F1, needing isolation to take samples immediately” – Mr. Chu Ngoc He stressed.

At the inspection session, the Chairman of Hanoi City People’s Committee also noted that Gia Lam district is particularly interested in reviewing with people related to the group of cases at Hospital for Tropical Diseases 2 and Hospital K.

Mr. Chu Ngoc Anh informed that about 5,000 patients, family members and medical staff at K Hospital, city have focused on testing, there are more than 1,000 samples waiting for the results.

For Central Hospital for Tropical Diseases 2, the President of Hanoi said that he had “scanned” the whole, tested over 2,100 samples, tested about 500 regional screening tests in front of the hospital, all of them were negative.

“The first step we are on the right track, well control the situation” – Mr. Chu Ngoc Anh said.