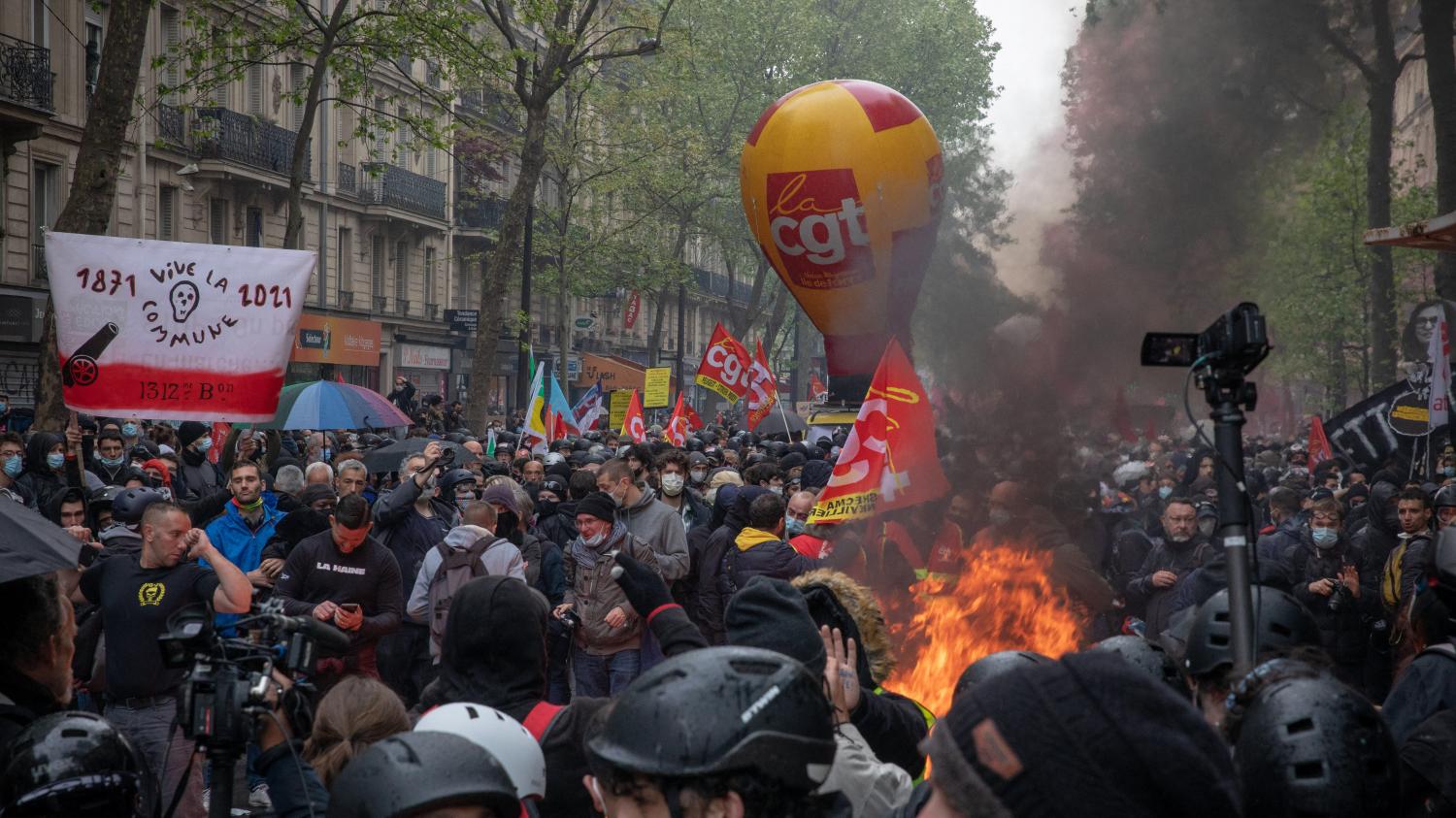 
During the parade on May 1 in Paris, the CGT, although known for the efficiency of its security service, was somewhat overwhelmed. She also denounces in a press release the extreme violence of a group or individuals, which brings us to a double question.

franceinfo: Can still demonstrate in France without having your message stolen, and especially in the face of multiple attacks and violence, can social cohesion hold up, according to you?

Jean Viard: First, it must be said that there are not many people who demonstrate. If you remember, the last great May Day was that of 2002. There were 1,300,000 demonstrators and 400,000 in Paris. Well, it was between the two rounds of the presidential election where Jean-Marie Le Pen was facing Jacques Chirac. In fact, this Saturday, May 1, 2021, there were 150,000 people, across France. You have to tell it like it is. The political culture has changed. In the demonstrations today, there are a lot less people.

The health context may also be there for Something ?

Yes, the Covid has something to do with it, but in previous years, it was already a bit like that. After that, what is true is that we are in an Internet society and continuous information. I watched the incident. There were a few CGT guys in front of the truck saying no, no, no, and some 10 or 20 young people throwing stones. I mean, we make a buzz about it in the media because it’s a media company. I’m not criticizing the media, but you have to understand me who knew the CGT security services in Marseille, they were dockers, they did not let anyone approach 100 meters from their truck.

What I mean is that the systems of political struggles have changed profoundly. These are currently minority, marginal systems. We are in a society of revolt where there are yellow vests, young anarchists. There are even retired generals. There are even the Parisian ecologists who make absolutely incredible posters to denounce others, including a philosopher of Jewish origin. So we are in a period of violence, but one-off violence.

Can’t we justify it?

But I do not legitimize it. What I am simply saying is that the expression of social struggles has changed. We fight where we live, we fight for nature. Look at the big protests for Greta Thunberg, which were peaceful, sympathetic protests in 2017. There have been huge protests all over the world. We also fight for our bodies, I was going to say men, women, of colors, of such and such origin.

So, it is the place of social conflicts that has moved. It is the body and the local which are the big issues, nature. And indeed, basically, on May 1, as social struggles, it became a bit of a minority. So it’s occupied all the more by extremists. I who lived 68, well, I am not going to be the child of heart either. There have been violent protests over time. Now, it’s true that there are thugs at the end of each demonstration, every time, because there are groups of thugs, radicals. When you see social studies, it’s often people from the middle strata. It became both a release and a place of expression, they understood the society of the media.

It’s just like Trump sending his troops to attack Capitol Hill. They weren’t that many. But still, we made a buzz around the world for this absolutely undemocratic attack. What I mean by that is that the places of social struggles have changed. Young people get involved for causes that are often very specific, often not very long, but very strongly. Then they move on. We are more in the culture of the big political parties, of the big affiliations. We are in a new model of occasional revolts.

The big question we have is that we are coming out of a pandemic which has obviously been terrible, even if we have saved millions of lives. And the company is on edge, as we can see. Why do we have to speed up the exit from confinement a little? Because we can see that people are fed up with it, especially young people. There are two examples that interest me at the moment. It was Joe Biden who suddenly won the United States when we did not really believe it. And in Italy, where there is the same thing, suddenly a movement, a type that we did not really know, who was more of a financier and who manages to unite Italian society on a project.

So that means when we come out of a pandemic that we need a big project. I was going to say digital, ecological and humanistic. And that if we don’t have a big project, and well people are going to have sex if I can say about each other and that in a period of a pandemic, that’s how it is. We are multiplying revolts, let’s not forget the yellow vests.

Precisely, the CGT says that some yellow vests were part of the Black Blocs. In the beginning, the movements were clearly extremely different. Today, has their mode of action approached?

Yes, but of course, part is always the same. The yellow vests at the start were much more popular, family-friendly than the yellow vests at the end. But of course, there is a part that has passed. You know, the yellow vests were people who didn’t vote. It was very often people from the deep rural areas or from peri-urban settlements who were desocialized. 16 million houses with gardens have been built next to the cities, but without any political thinking about the territory. These people did not live anywhere. One hour from Paris, one hour from Nantes … So they met on the roundabout.

And indeed, they are in revolt and it was difficult to understand what they wanted. Because deep down, they were first in revolt, because society did not make room for them, did not recognize them in their way of life, etc. So the question is, all of this has already been done. Here again, there may be a certain rise in unemployment. We don’t know yet. There are 10% of people who are divorcing and separating, society is on the move. Either someone is capable of leading us into a grandiose project, or we will go towards conflicts and towards the extreme, I believe. We are in a dangerous period. This is what we saw yesterday.