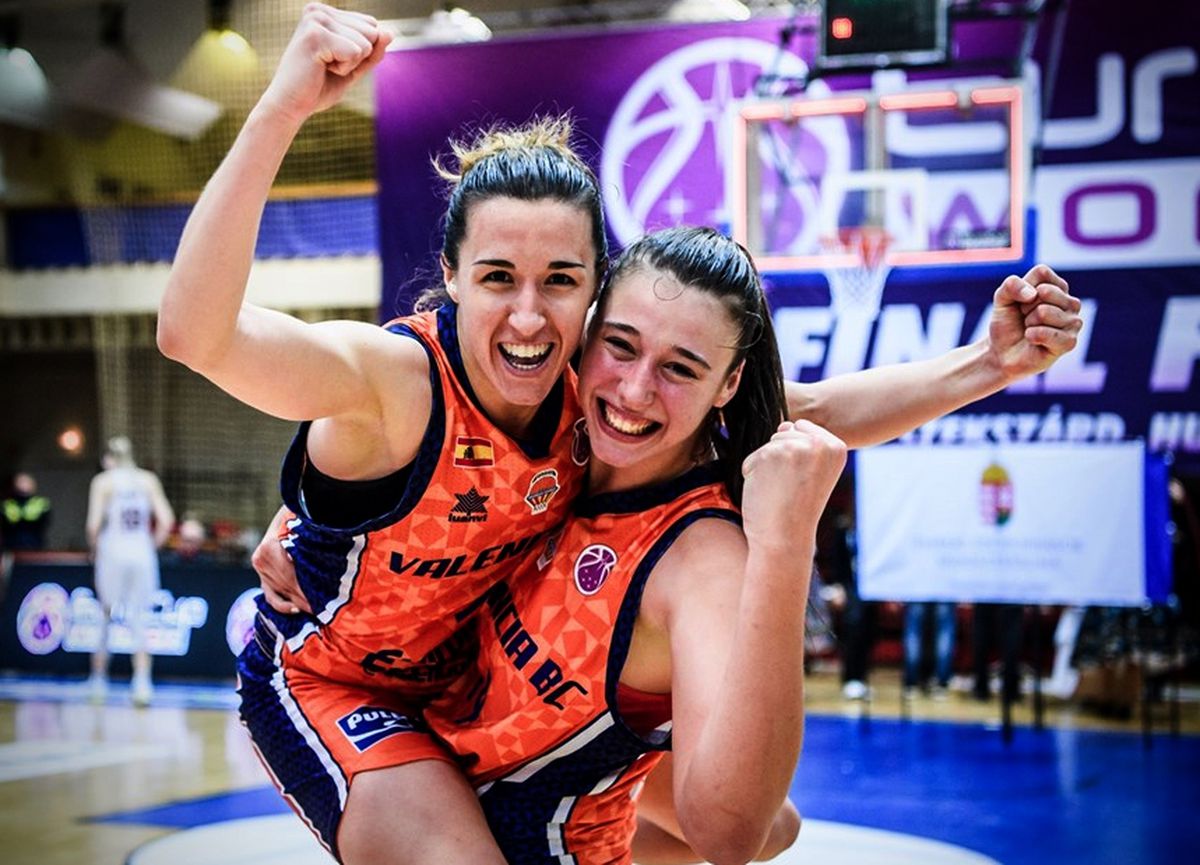 In those moments where the pulse trembles, the wills falter and the mind is clouded, Raquel Carrera varnished with confidence and transformed the agony into an epic to give the women’s Valencia Basket the first title in its history. With a second to go to the end of the game, the taronja team lost by one point to Reyer Venezia and had a throw-in to try the miracle in Szekszárd (Hungary). The slate play came out and the ball reached Carrera, who was fouled by a rival below the ring. Time stopped and the player from Orense went to the free throw line with the coldness of someone who is about to cut the cable that deactivates an explosive. At his back, Queralt Casas, mvp of the final, he prayed with his hands and his heart in his fist, the image of a whole hobby. Carrera scored the two throws consecutively, like an automaton, with perfect mechanics, with an unbecoming maturity of a 19-year-old player. The Eurocup was from Valencia (81-80).

“He is 19 years old but he is incredible. His head is impressive, “Queralt summed up to praise his partner after lifting the title almost in a leap of faith. “We were one down in the absence of a second but we believed. We knew that whoever caught the ball was going to do it, ”said Casas, who was in charge of executing the last throw-in after which Carrera was fouled. “I thought they were going to put a big player down but when I saw that she wasn’t doing it and I looked at Raquel, I didn’t hesitate. It’s amazing to win like this in the last second. Crazy. We knew it was going to be a very tough match because the rivals were very good, but we are too “, the mvp. Before the microphones, the 19-year-old girl did appear, shy and excited in equal parts, who moments before had become an iceberg without pulsations. “I did the best I could during the game. Now it’s time to enjoy. It’s exciting to win a European title like that ”, summarized Carrera (13 points, four rebounds and three assists in almost 32 minutes on the track). Queralt’s 20 points and the great performance of Rebecca Allen (16) and Celeste Trahan-Davis (15), completed the Valencian feat.

The captain, Anna Gómez, requested the collaboration of another veteran, María Pina, to lift the first title of Valencia’s senior women’s team. All the players and the coaching staff headed by Rubén Burgos collected the trophy with commemorative shirts of their conquest in which their photos appeared and, in the foreground, the image of the historic Miki Vukovic, who died last January. The tribute had as a legend the phrase: ‘teachers mark the way, forever Miki Vukovic’. Vukovic was champion of the Women’s European Cup on two occasions with Dorna Godella (1991 and 1992) and was the coach with which the men’s Valencia Basket returned to the ACB after relegation and won the first title in its history, the Copa of the King of 1998.

A month ago, Valencia Basket made their debut in the fight for trophies, falling in the final of the Queen’s Cup against Uni Girona. The heiresses of the historic Ros Casares (eight times League champion and seven Cup champion between 2001 and 2012) rose to the elite in April 2018 and the club began at that time an ambitious project built around a large collection of national talent ( Cristina Ouviña, Queralt Casas, Leticia Romero, Laura Gil, Raquel Carrera…). Valencia as a symbol and platform for the reconstruction of the Endesa Women’s League after almost a decade of withdrawal and survival. 10 years ago Perfumerías conquered the Euroleague and put an end to almost two decades of absence of Spanish teams in the continental list, since the pioneers of that Dorna Godella de Vukovic were proclaimed champions in 1992 and 1993. In 2012, success went to more and Spain boasted of the first European final in its history with the duel between Rivas Ecópolis and Ros Casares. However, after the continental title of the luxurious Valencian project came its immediate disappearance and the league went into a deep depression. Now, the renaissance of women’s basketball in Valencia marks a growing momentum. Next weekend Avenida will fight again for the Euroleague. At the moment, Valencia is already Eurocup champion. Raquel Carrera and her team do not stop growing.