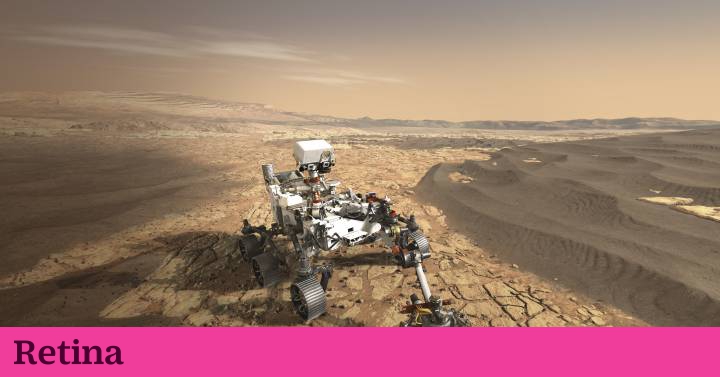 
At the time of typing these first letters, there are 290 days, 14 hours and 33 minutes until the launch of the Moon Mark mission: a car race to be held on the Moon in October. The project kicked off in early 2020 and has involved high school students from around the world to design, build and bring to the satellite two competing vehicles driven by remote control from Earth.

Even when it all comes to fruition, the idea apparently doesn’t make much sense, beyond “transferring solutions for harsh environments on Earth,” according to the Moon Mark company, associated with aerospace companies like Intuitive Machines and Lunar Outpost. The project also involved McLaren P1 supercar designer Frank Stephenson and Elon Musk. The two vehicles that will compete in the race will travel on the SpaceX Falcon 9 rocket and descend to the lunar surface in the Nova-C module, manufactured by Intuitive Machines.

The destination is the Oceanus Procellarum, near the Schröter valley, and the rest is unknown. Each vehicle will weigh two and a half kilos, plus another three kilos of the mechanism to leave them on the surface: eight kilos in total. For reference, the space logistics company Astrobotic charges $ 1.2 million for every kilo of material it sends to the Moon. Connectivity will be another hurdle: If data is transmitted at the speed of light, each order will take 1.3 seconds to reach the Moon.

“We do not expect a significant delay in communications that will affect the racing or drivability of the vehicles,” Moon Mark’s chief technology officer Todd Wallach tells New Atlas. “Our vehicles will be designed to test the speed limits on the lunar surface,” said Mary Hagy, founder and CEO of the company. The key will be in the design: hence the presence of Stephenson, who points out the importance of dust filtration, traction, resistance, weight or suspensions.

What is clear is that space missions need the automotive industry. “The most we can expect the crew to walk in their spacesuits is half a mile [800 metros]”Acknowledges Marshall Smith, director of NASA’s human moon exploration programs. The Artemis mission will bring astronauts back to the satellite, this time the first woman. “If we can get a rover close to a landing site before the crew arrives, the potential for scientific performance of missions will grow exponentially. We want to hear from the industry leaders in autonomous, electric and off-road vehicles, ”adds Smith.

This is how Toyota’s collaboration with the Japan Aerospace Agency is understood, for which it is developing the Toyota Lunar Cruiser, a six-meter-long and 3.8-meter mastodon with six-wheel drive and the ability to carry four astronauts. His goal: to land on the Moon in 2029.

Much earlier, the vehicle in which NASA has the most hopes right now will arrive on Mars: the Perseverance rover, which left on July 30 as the protagonist of the Mars 2020 mission, whose objective is to study the Martian surface. With its six 50-centimeter wheels and 23 on-board cameras (and two microphones), the three-meter-long all-rounder will study the bottom of the Jezero crater, where there was a lake 3 billion years ago.