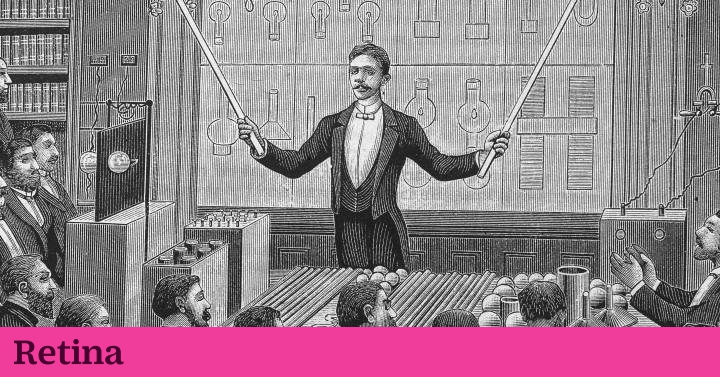 
Nikola Tesla already dreamed, a century ago, of transmitting energy wirelessly to the entire Earth. We have not reached that point yet, but it is a fact that we are surrounded by energy waves from the sounds of the city, the vibrations of machines or Wi-Fi waves, residual energy capable of powering small devices.

“Mechanical energy is everywhere, everything is moving, even the human being is a very large source of mechanical energy,” says Gonzalo Murillo, researcher at the Barcelona Institute of Microelectronics. Murillo has been working since 2007 on several projects based on the use of mechanical energy (which is produced by the movement of bodies or by deformation) for purposes as diverse as the IoT or biomedicine. In 2016 and driven by the European SINERGY project, Murillo led the development of a device based on a piezoelectric material that managed to capture vibrations from the environment, transform them into electrical energy and store them as a battery to power low-power devices. Currently, he is also working on another European project, EnSO, which has allowed him to seek other applications, such as in the mobility sector or the distribution of water, gas and electricity networks. In order to commercialize these services oriented towards industrial applications and IoT, Murillo and two other founders created the startup Energiot in 2017.

A residual energy, increasingly present in our spaces, is Wi-Fi waves. Jesús Grajal, professor at the Higher Technical School of Telecommunications Engineers of the UPM, works with a team in the development of devices that take advantage of this energy:

“Basically, what this device is about is to use the energy that is free, that is in the environment, that can come from Wi-Fi, it can come from bluetooth … So what we do is use an antenna, in charge of capturing These waves, which are transmitted to a circuit, capable of converting them into continuous energy to function in any electronic device. In any case, the energy that is collected is low, and for that reason, this type of system has to store it or be used for devices that consume very little energy: such as the IoT or medical devices. “

In fact, biomedicine is where three of the investigations related to this matter converge, and it seems that the most promising future of these applications could be found within our body:

“They can be, for example, glued to the skin, but they can also be devices that are absorbed, that are injected, that are ingested, and then that ‘laboratory’ could make measurements inside the body, it would not need any battery because it could receive the energy from the outside, in this case the wifi, but it could be any type of energy capable of capturing this sensor. Carry out the measurements and take it outside without the need for a battery inside, which could be a problem in case there is a leakage.”

If Grajal envisions small laboratories within our bodies to diagnose diseases, Murillo imagines an intelligent medicine that can treat them. This work, in the research phase with the CSiC, aims to use the energy that our cells give off when moving. The goal is to create injectable microdevices they call “smart dust” to stimulate groups of electroactive cells. The first diseases that could benefit from this development would be those such as epilepsy, Parkinson’s, and in general those related to neuronal and nervous disorders, since they act through electrical impulses. The basis on which these materials are based is nanotechnology and piezoelectric properties, but in a non-invasive way for the body. “It would be similar to a pacemaker or an electrical stimulator to treat Parkinson’s,” says Murillo, “but without the need for batteries or complex operations.”

Gustau Catalán, ICREA research professor and head of research of the Oxide Nanoelectronics group at the Catalan Institute of Nanoscience and Nanotechnology, has been studying the field of flexoelectricity for 15 years, a property that also converts mechanical deformation into electricity (and vice versa) and can serve for accelerometers and pressure sensors, such as devices that activate airbags or ultrasound.

It is also in biomedicine where Catalan sees the greatest future, because as he says: “it is essential that the materials used are biocompatible and non-toxic, which is not the case with many of the piezoelectric materials. These would range from the making of flexoelectric prostheses that generate microvoltages to promote bone calcification, to the reuptake of mechanical energy that our body generates to power implanted electronic devices, such as pacemakers. That would save having to change the pacemaker battery every few years. “

Another interesting field could be found in next-generation hearing aids: “I suspect that you can go further than current hearing aids. If instead of making an amplifier for a deaf middle ear, we directly make an “electronic ear” that converts the sound into an electrical signal connected to the brain, flexoelectricity works. In fact, this is how stereocilia already work naturally. ” Catalán clarifies, and adds that in the Catalan Institute of Nanociència i Nanotecnologia there is already a research group specialized in establishing electronic-neural connections. “I think that the group of Professor José Antonio Garrido at ICN2 is capable of electronically connecting eyes to brains.”

At the moment, the three researchers agree on the difficulty of harnessing these energies on a larger scale: “Here what must be taken into account is whether the cost of the device outweighs the benefit you are obtaining,” comments Murillo. It is normally applied to places where access is expensive or difficult and they power electronic devices with limited functionality, so we will not be able to use it yet, for example, charging a mobile phone. “For this we would need a very large generator, and then it would make no sense” clarified the researcher from the Barcelona Institute of Microelectronics.

Catalán adds that any energy that can be recovered will be useful but “not so much to power the motor or highway lights, but rather autonomous sensors in parking lots or toll roads without the need to install kilometer electric cables”.

In short, it seems that the greatest short-term benefit of these projects is the maintenance of the millions of IoT sensors that will populate our lives. Not only for economic savings but also for the environment, avoiding millions of batteries in these devices. Or in the retail industry, which, as Jesús Grajal explained, millions are being invested in this technology to locate packages and avoid losses. For biomedical solutions we will still have to wait a little longer, the researchers foresee at least 10 or 15 years until we can see them being marketed as a complement to traditional medicine, although the first bases have already been created.