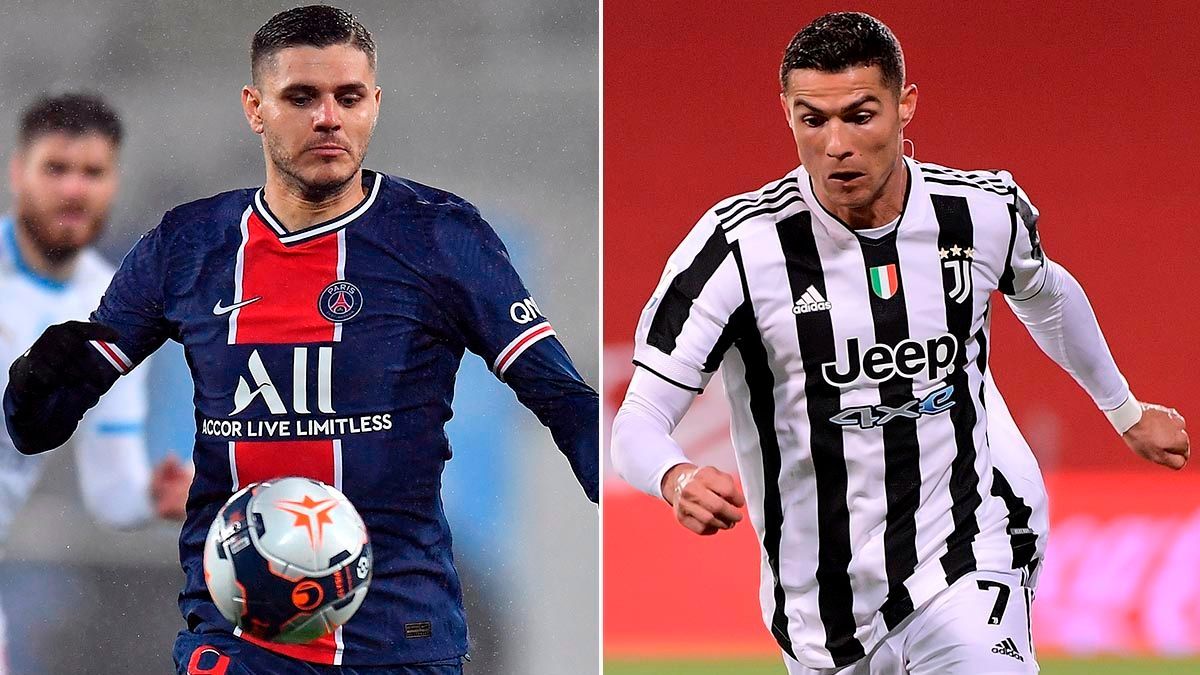 Ronaldo is now entering the final year of his contract with Juventus and faces an uncertain future in Turin, following the arrival of coach Allegri on the ‘hot seat’ in place of the sacked Pirlo.

There is information, Ronaldo wants to stay at Juventus and extend for another year. But with the spending of 30 million euros/season on the Portuguese superstar, it will be difficult for the Old Lady in the context of the financial situation being strongly affected by Covid-19.

That is, the extension is only made when Ronaldo accepts a salary reduction.

In case it is not possible to sign a new one, Juventus is forced to sell Ronaldo to avoid losing everything next year. But there are not many clubs that can afford to pay CR7, apart from the interest of PSG.

According to L’Equipe, Juventus aims to exchange Ronaldo for striker Icardi with PSG, the striker they have been targeting since a while ago.

Meanwhile, on the opposite side, PSG President, Nasser Al-Khelaifi is very close to Ronaldo and will certainly be interested in the idea of ​​​​Juventus.

If the Ronaldo-Icardi swap happens, Inter Milan is the team that benefits from this deal. The reason, the blue-black team inserted a clause in Icardi’s contract with PSG that forced the French club to pay them £ 12 million, if sold to another Serie A team.