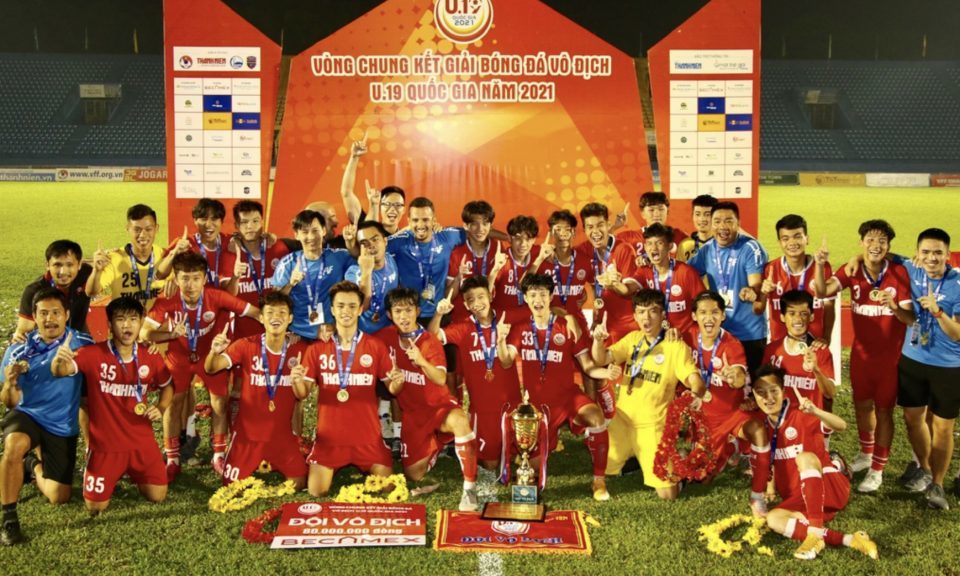 The famous Saigon Port club, which is only in the memories of the Saigon people, suddenly stood before the opportunity to revive when PVF “accepted the name” to kick the National Second Division 2021.

1. Recently, the Vietnam Football Talent Investment and Development Company Limited (PVF) was supposed to send a document to the VFF and the Second Division BTC to change the PVF team name to Saigon Port Football Club.

This name change follows the direction of the new owner, Van Lang Education Group (the unit that manages the Saigon Club with the election of Binh as President) to build a professional football team from the Second Division.

In addition, the new owner of the PVF furnace also wants to build a brand, image and long-term development instead of training and transferring it to local clubs as many years ago.

2. It is not unusual for a team to change its name, especially in professional football tournaments in Vietnam for many years, many cases “change their name” after being transferred to new owners. .

However, the fact that PVF wanted to change to Saigon Port made many people react, for the simple reason that they wanted this name to be in everyone’s beautiful memory, since this team disbanded in 2009.

As soon as the information that PVF intended to “accept” the once famous brand of Saigon football was announced, the main owner of this name, Saigon Port Joint Stock Company, also “whistle” because he said that very misleading, affecting their brand, image.

It is not known whether PVF still wants to change its name or not, but at least until now it seems very difficult from the public’s reaction.

3. Looking at what was going on, it seems that Van Lang Education Group wants to make real football, because outside the Saigon Club, there is also the PVF backyard that plays in the Second Division.

But people are surprised that, it seems that the owner of the Saigon Club is doing a bit … over, even wrong with the nature and original purpose of the Vietnam Football Development Investment Fund (PVF) as inherent.

It is important to know that PVF was established with the goal of building a system of training young professional footballers with culture and ethics to serve the football of the country.

And over the years, PVF has transferred a lot of well-trained players to clubs playing in the V-League, First or Second class with the original criterion of non-profit. But now, it seems that the new owner of PVF is doing differently, more … unpredictable.

Not only is it on the wrong path, which has been solidly built and praiseworthy for many years of PVF, the desire to build another team with the title of Saigon Port also makes many people shake their heads when looking at the sink. of the Saigon Club.

Saigon people have to fear that the future of Saigon Port will be the same, if the case of PVF is approved by VFF to change its name when looking at how unlike anyone of elected Binh with the Saigon Club this season.

It will be the “soul of Truong Ba, the flesh of the flesh” like many clubs that have been named for Saigon football in the past, but it is difficult to be different, because it seems that elected Binh is walking on the same path as elected Thuy or Tho Hoi there are Saigon Xuan Thanh, Navibank Saigon.

Saigon football has been miserable for many years, the Saigon Port Club is also far away, stop it from stirring up that pain!