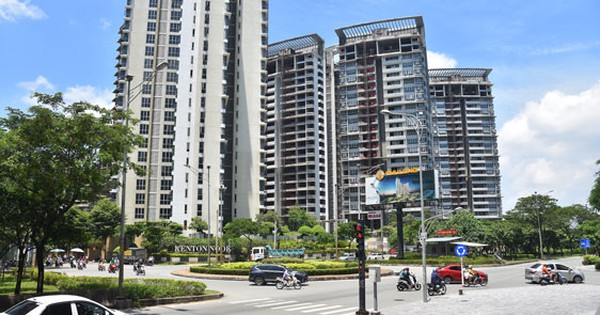 
The report on the real estate market in Ho Chi Minh City and its vicinity in the second quarter of 2021 by DKRA Vietnam Joint Stock Company (DKRA Vietnam) made and just released shows that the new supply of townhouses and villas recorded received a sudden increase, about 78% compared to the previous quarter, but only concentrated in the first period of the second quarter and mainly in neighboring provinces, not in Ho Chi Minh City.

While in Ho Chi Minh City, in the second quarter of 2021, the market has 9 projects open for sale; in which there are 2 new projects and 7 subsequent phases of previously opened projects with about 3,072 apartments, up 21% compared to the first quarter of 2021 and up 27% over the same period in 2020.

The segment of high-end and mid-end apartments still accounts for the majority while continuing to lack affordable and affordable apartments. Accordingly, the absorption rate is about 79% of the new supply, up 24% compared to the first quarter of 2021. The primary price offered by investors increased by 3%-5% compared to the opening sale in the first quarter of 2021, mainly in projects about to be handed over, forming an existing urban area with infrastructure. synchronous traffic connection.

In particular, the price of apartments in Ho Chi Minh City fluctuates very strongly, the distance is large so it is difficult to determine the average price. Affordable housing has also disappeared in the city market. In which, the selling price fluctuated the most in Thu Duc City, District 7 and some central districts. Compared to 2019, the selling price of apartments in some areas of Thu Duc City has been pushed up about 2 times (the highest in 2019 was about 35 million VND/m², now the lowest is 40 million VND/m and averaged at present. about 60 million VND/m².

According to Jones Lang Lasalle Global Real Estate Consulting Company (JLL), Ho Chi Minh City is facing a dilemma in terms of housing supply in the affordable segment. While Grade A apartments (over 40 million VND/m2) account for nearly 60% of the market, with 7,040 units; the mid-end segment (grade B) priced from 20-40 million VND/m2, accounting for more than 41%, with 4,908 units, while Grade C apartments have almost disappeared since the beginning of the year.

A real estate expert admitted that the story of the lack of low-priced houses in Ho Chi Minh City has been talked about a lot, and the main reason is that businesses do not have a land fund to deploy low-cost housing projects. Many ongoing projects have been stuck for a long time, with high costs.

As an enterprise that has been implementing many residential real estate projects for middle- to high-income people, the representative of Him Lam Company admitted that it is difficult to deploy low-priced houses, below 30 million VND/m2. Only units that already have a land bank in the suburbs of the city can deploy. The rest will be difficult because the land funds near the center are mostly stuck with procedures, if the legal process is completed, the cost is equivalent to commercial housing.

Mr. Tran Khanh Quang, General Director of Viet An Hoa Company, said that in order to have a low-priced house, there must be determination and support from the state. Otherwise, the business will not do it because the profit is not high, but the implementation procedure is very difficult.

According to Mr. Quang, if the city wants to have a low-priced house, the city must use money from development investment funds, direct state-owned companies to deploy and control profits from only 10%-15%, then there will be a good fund. home for less than 30 million dong. If enterprises are allowed to deploy, they must create their own incentive mechanisms such as land use fees, support for population planning, especially facilitate quick deployment to reduce costs and turn capital quickly, otherwise businesses must Private will not be interested.

“Currently, the land fund in the suburbs and districts of the city has a radius of within 15 km, convenient transportation is still quite a lot. If the city allows it to be deployed, it will sell very well for only 25-27 million VND/m2. At that time, many people with average incomes will have the opportunity to own a house,” said Mr. Quang.