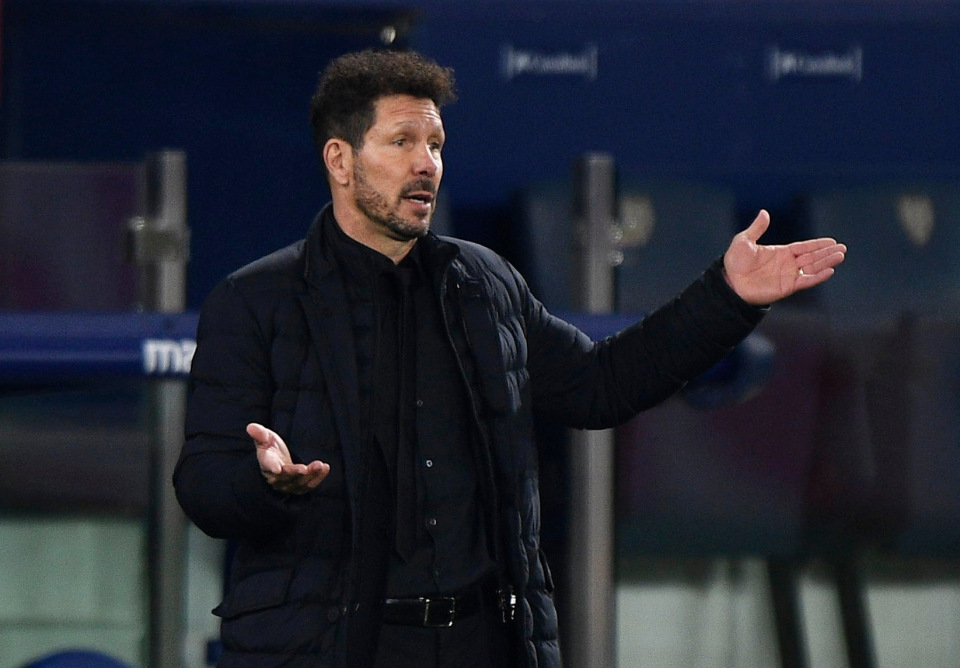 Atletico Madrid lacks at least 5 pillars due to injury ahead of their Champions League clash with Chelsea.

Simeone’s coach’s army fell into a crisis before the first leg of the 1/8 Champions League round at Wanda Metropolitano’s home field.

Force majeure forced the Argentinian military to send a few young players to Atletico’s first team to complete the 21-man squad to prepare for the great message with Chelsea.

Winger Yannick Carrasco has certainly been absent due to a leg injury, causing him to miss out on losing to Levante over the weekend.

Key midfielder Jose Gimenez also has to sit in the water after suffering a thigh injury in La Liga recently.

Previously, right-back Sime Vrsaljko was treating a serious knee injury, while Kieran Trippier had to serve a suspended sentence.

Mexican midfielder Hector Herrera is also unable to play at the moment due to Covid-19 infection.

That forces coach Simeone to rely on Luis Suarez, Jan Oblak or Joao Felix when fighting Chelsea at home.

Some young names like Miguel San Roman, Alvaro Garcia, Sergio Camello or Ricard Sanchez can be used in case of need.

On the other side of the front line, Chelsea is also likely to not have the service of the trio of Thiago Silva, Kai Havertz and Christian Pulisic due to injury.