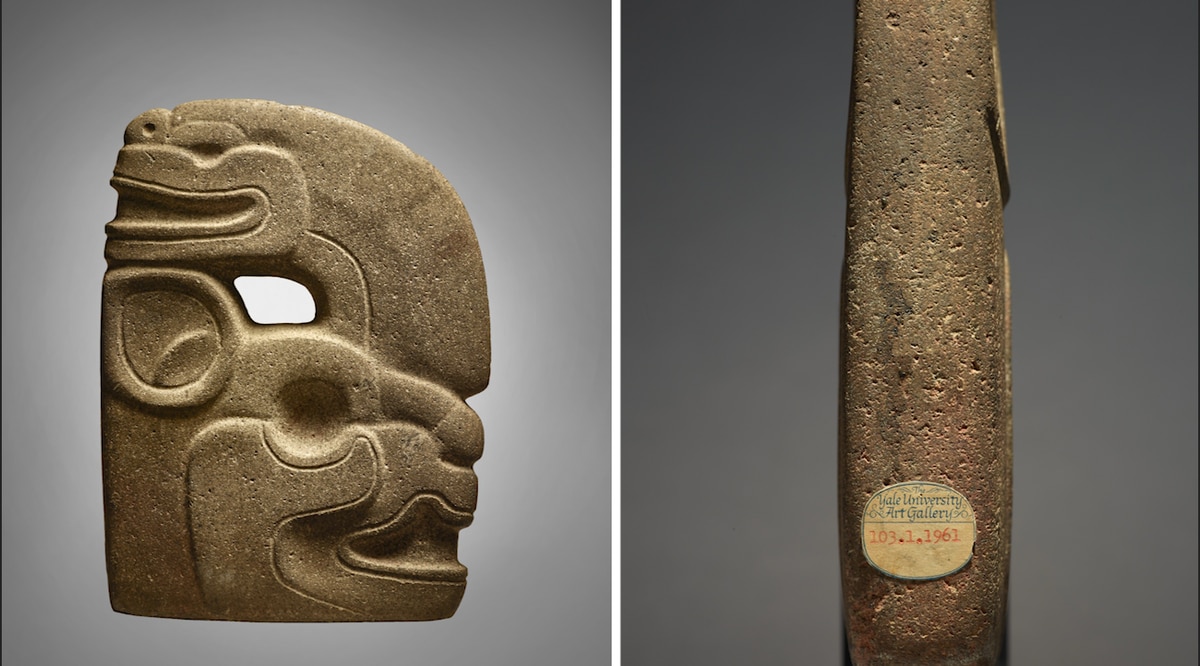 The Sotheby’s firm has raised $ 657,498 (more than 13 million pesos) with the auction of 19 pre-Hispanic pieces in New York. The bidding for these and other objects from America, Africa and Oceania has ended this Tuesday after seven days. A Mayan ax from the late classic (between 550 and 950 years) is the piece that has sold for the highest price: $ 352,800. After the event began, on May 11, the Mexican Ministry of Culture and the National Institute of Anthropology and History (INAH) reported that they had taken legal and diplomatic actions against the commercialization of these artifacts, some considered “monuments archaeological “by Mexican specialists.

The auction began on May 11 and during the next seven days those interested were able to bid for Mayan, Olmec, and Tlatilcan pieces, as well as objects from other parts of America, Africa and Oceania, “newcomers to the market”, as promoted by the firm British. The lot of archaeological treasures that left the current Mexican territory and that this Tuesday were auctioned in New York included 24 pieces, of which 19 were sold. The one that obtained the highest offer was a Mayan ax that Sotheby’s had estimated would be sold between $ 50,000 and $ 70,000 and yet it exceeded those expectations.

It is an effigy that could represent a jaguar, a bat or a snake and that was related to the ball game. Its use is not yet clear to experts, as detailed by the auction house on its website. Regarding its provenance, Sotheby’s only goes so far as to explain that the Albright-Knox Art Gallery in Buffalo acquired the piece in 1944 from its previous owners. At some point, in addition, a wooden base made by the Japanese artist Kichizô Inagaki was attached to it. But the British firm does not explain how that object came out of current Mexican territory.

The complaint by the authorities to stop “the illicit traffic of cultural property” and recover “the Mexican heritage” abroad has not been enough to stop the sale of this or other objects. In addition to the ax, the auction house has sold a Mayan vessel for $ 47,880, a figure from the current Nayarit territory for the same price, and a small Olmec greenstone sculpture for the same value. The list goes on and includes masks, vessels and figures from the current territories of Veracruz, Colima, Jalisco or Zacatecas. Mexican legislation establishes that the finds of objects of ancient cultures in Mexican territory belong to the nation, but once they leave the country illegally, the authorities lose track of them.

Mexico undertook a crusade to recover the historical heritage found in private collections around the world. The most recent antecedent is the auction of 33 pieces of pre-Hispanic art in Paris, which the Mexican government could not stop despite the claims and complaints presented. That auction exceeded the expectations of the auction house Christie’s by raising three million dollars (61 million pesos). Among the figures sold were three that the INAH considers false. But not all cases have gone unsolved. The Xoc bas-relief found in Paris in 2015, at an auction by the firm Binoche et Giquello, was returned to Mexico two years later.