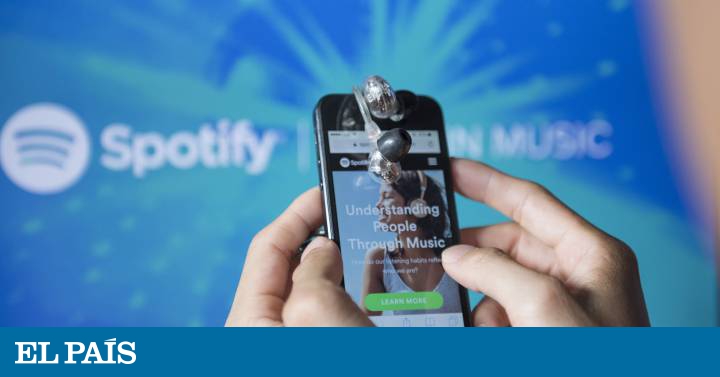 Spotify, the Swedish music company in streaming, has 50 million songs in its portfolio and barely a hundredth of that number in titles of podcast, multimedia files that can be downloaded and listened to when desired, and can also be subscribed through a program. However, the company aspires that, later on, 20% of the time that its users spend connected to the platform is listening podcasts. That is why he plans to invest a minimum of 400 million more dollars in the purchase of several companies dedicated to the audio business and is trying to become a world leader in this type of content.

“Only in the US we are talking about a business opportunity of 1,000 million dollars (more than 900 million euros),” justifies Federica Tremolada, general director of Spotify for southern and eastern Europe (which includes Spain and 15 countries more), who recently visited Madrid to celebrate 10 years of arrival in Spain.

He podcast It is the new vein that the company managers have detected in order to make users grow and retain users and thereby prop up revenue. In the second quarter of 2018, Spotify reached 232 million active users per month worldwide – they refuse to break down the figures by country – 108 of whom were subscribers. premium, those who pay a fee of 9.99 euros per month. The number of subscribers grew by 31%, the same as revenues, which were 1,667 million euros, 1,502 of them from paying subscribers.

Nonetheless, the company struggles quarter over quarter to achieve profitability. It lost 3 million until July, but in the same period last year the red numbers were 90 million. According to their forecasts, there is some possibility of making money in the third quarter, but they will lose again in the fourth. In 2018, the losses were 78 million euros, hardly anything compared to the 1,235 million the previous year.

The user demands more and more different types of entertainment, and audio has become an essential part ”, explains Tremolada. Since the start of 2019, the number of podcast listeners on Spotify has doubled. There is definitely a demand from users, and there are creators out there who have a lot to tell, ”says the 40-year-old Italian director. As Daniel Ek explained on the company’s blog, Spotify users who listen to podcasts stay connected to the platform twice as long as those who only listen to music. And they also end up listening to more songs.

Therefore, he admits that the company “definitely wants to invest more time and resources on that front.” Also in Spain? Again, he refuses to break down: “It’s hard to anticipate.” But it drops the presence of the Swedish platform in Podcast Days, an event dedicated to the podcast that is held in Madrid on October 4 and 5. “We have realized that, having unique programming, people who thought Spotify was not for them are willing to give it a try,” summarized Ek. To achieve this differential content, Spotify buys companies like Parcast, dedicated to the production of series, or tries to attract creators, so that they create content with its tools. One of the company’s latest purchases has been the startup SoundBetter, which a marketplace where singers, composers, musicians, audio creators, producers, distributors, mixing engineers, etc. offer their services.

It is also a way to launch artists own, something similar to what Netflix does when producing its own series or movies, so that it can somehow reduce the bill that Spotify pays to the major labels for puncture their songs. Today, it is the largest expense on the Swedish platform. At the end of 2018, Spotify had committed 700 million euros only in “minimum future guarantees”, that is, the minimum payment that is made to a company within the license agreement to be able to reproduce their songs.