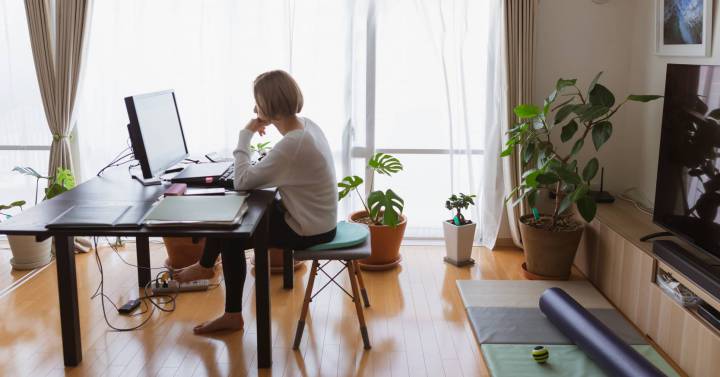 One of the keys to the teleworking decree-law approved by the Council of Ministers is that remote performance is “voluntary” for both the employee and the company. That is, neither can impose on the other to carry out the activity from a distance. However, there are recent cases in which the courts have forced companies, despite their opposition, to accept that a worker can operate from home.

Most of the rulings in this direction are based on the latest reforms in labor matters approved to favor conciliation. Specifically, in article 34.8 of the Workers’ Statute (ET), baptized as the day to the letter. The precept establishes that employees “have the right to request”, among other models of adaptation of the working day, “the provision of their remote work”. A system that has reinforced the MeCuida Plan, contained in article 6 of Decree-Law 8/2020 and that the Government has extended until January 31, 2021. This second instrument goes further and consolidates the right of the employee, not and to transfer his request to telework to the employer, but “to agree to the adaptation of his day” as long as he “proves duties of care”.

Although there are still no known judgments supported by the MeCuida Plan, according to various labor experts, the similarities in its wording with the a la carte shift allow anticipating that the demands that judges apply to companies when they receive a request for remote work to reconcile will be very similar. Analyzing the latest resolutions in relation to teleworking, these are the circumstances in which companies can be condemned to accept it.

The applicant is required to prove that he really has a conciliation problem that makes it necessary to change the way he performs his work. The MeCuida Plan requires that the employee “prove duties of care” and article 34.8 of the ET states that the adaptation of the working day must “be reasonable and proportionate in relation to the needs of the worker and the organizational needs of the company.”

This requirement was met by a physiotherapist, who managed to get a court in Mataró to endorse at the end of last year her right to carry out part of her day teleworking. The plaintiff asked to leave half an hour earlier three days a week so that she could pick up her children from school, finishing her homework (what she did at the end of the day were administrative duties). The management of the center rejected the request without providing data proving that the request was impossible or noticeably burdensome. For this reason, and given that the activity that he had to carry out was “to fill in the records of the residents in a computer system”, according to the sentence, the judge granted him the right to end his day from his home.

Not answering can give the right to telework

Both the a la carte shift and the MeCuida Plan require the company to analyze the worker’s request and negotiate a possible solution with him. If it is ignored, the company risks the judge imposing the adaptation of the working day that the applicant wants.

This happened to a company that did not respond within the legal period of 30 days to an employee who had asked to modify his workday, which was distributed irregularly, because he had a two-year-old daughter and his schedule made it very difficult for him to take care of her. The ruling, handed down by a Madrid court in November last year, established that “in the absence of such negotiation, the plaintiff’s request, provided that it does not constitute an abuse of rights, must in principle enjoy legal viability.”

The employer must not only start a dialogue with the worker, but also offer him other options that can improve his situation, as the judge recalls in his decision. “Not only has the company failed to comply with the negotiating procedure, provided for in the statutory precept, to try to adapt the day, but it has not raised an alternative proposal, not responding to the worker’s request letter,” reproaches the sentence.

Not being implanted or in the agreement is no excuse

The fact that teleworking has never been practiced in the company or that it is not yet included in the collective agreement are not sufficient reasons for the employer to deny the option of remote performance. This was determined by a Barcelona court at the beginning of the year, which sentenced a company to allow the activity from a worker’s home two days a week.

The company refused to study the applicant’s request, claiming that the matter was being discussed with the workers’ representatives in the framework of collective bargaining. A reason that, according to the judge, does not cancel the requirement of the regulations to analyze the viability of the adaptation of the working day. “Since this modality of service provision was not then implemented or expressly provided for in the collective agreement, the company should have started a negotiation with the plaintiff,” the ruling asserts. Therefore, by not having provided “any substantive reasons”, the court requires the company to accept the worker’s request.

Beware of taking justice into their own hands

The growing tendency of judges to accept teleworking when the employee accredits conciliation needs that do not harm the organization of the company, does not, in any case, allow applicants to take justice into their own hands and operate remotely without authorization.

In this sense, last February, the Superior Court of Justice (TSJ) of Catalonia validated that a company interpreted as unjustified absences the days that a worker decided to do from her home, bypassing the refusal of the company to grant her telework. The sentence, in any case, annulled the disciplinary dismissal of the plaintiff because it did not reach sufficient offenses.

The judges have validated the refusal to telework requests whenever the company has been able to justify that the adaptation of the working day creates serious organizational problems (for example, because it cannot organize the shifts) or financial (it forces it to hire more personal). In any case, it will be necessary, in view of the first judgments issued in relation to article 34.8 of the Workers’ Statute, for the employer to show a proactive and negotiating attitude, valuing very positively that it presents alternative proposals and justifies with data a possible rejection . Likewise, it is not required for the company to have to make a large outlay to be able to implement teleworking. In this sense, the Supreme Court of the Basque Country rejected a few months a demand from the LAB union that demanded that the Autonomous Justice Administration “establish or develop computer applications in order to increase the tasks to be carried out electronically or by teleworking”.