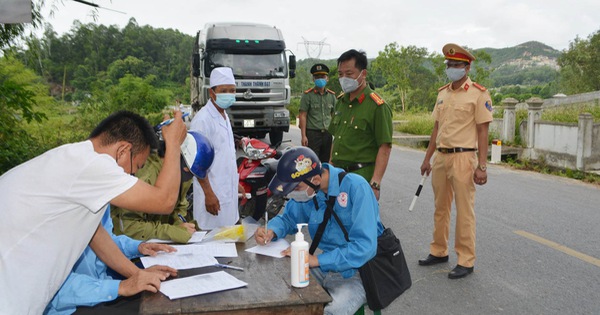 From 0:00 on June 8, Nghe An province suspended non-essential activities in 5 localities bordering Ha Tinh province to prevent and control the COVID-19 epidemic.

The local police have arranged officers and soldiers and mobilized vehicles and equipment to be on duty 24/24 hours. At the checkpoint, people and vehicles are required to make medical declarations, check body temperature and disinfect according to regulations.

Recorded at the checkpoints, the number of passenger transport vehicles, taxis, tourist cars… going back and forth between the two areas of Nghe An – Ha Tinh has decreased. Even at Ben Thuy 2 bridge, from this morning to noon, no passenger cars from Ha Tinh were recorded. 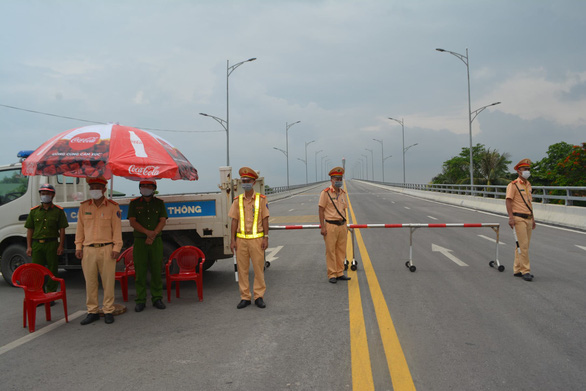 Due to the impact of the COVID-19 epidemic, the bus route Duc Tho (Ha Tinh) to Vinh City has also stopped operating because there are no customers.

For cargo transportation activities from Nghe An to Ha Tinh and vice versa, epidemic prevention measures must be taken such as vehicles must be cleaned and disinfected when entering Nghe An; not carry more than 2 people; must declare medical…

For passenger transport activities departing from Ha Tinh to other provinces and scheduled to pass through Nghe An, they must follow the bypass of Vinh City and absolutely must not stop, pick up and drop off passengers in Nghe An area.

As of June 8, Ha Tinh has recorded 10 people with COVID-19, while Nghe An has not recorded any new cases since May 27. 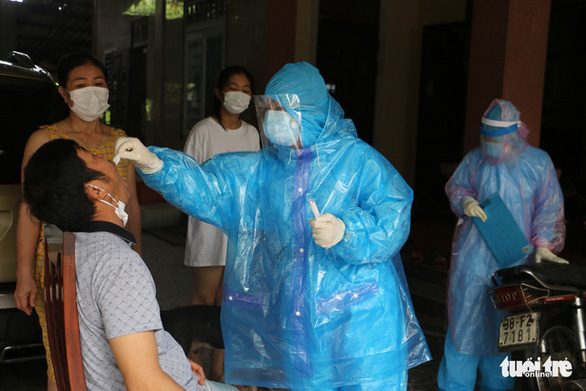 On the afternoon of June 8, Ha Tinh Department of Health issued an urgent document on the urgent collection of samples for SARS-CoV-2 testing in the whole of Ha Tinh city.

Accordingly, the Department of Health requested the People’s Committee of Ha Tinh City to direct the wards and communes to coordinate with relevant units to urgently arrange sampling locations according to each residential group/residential area, ensuring service conditions. take samples and send a list of sampling locations in the area to the City Health Center.

Make a list of 1 person in the household to take samples for testing (each household only takes 1 sample of people with a history of exposure more than other family members).

Arrange sampling time for each joint group to ensure the distance between sampling areas. It is expected that there will be 125 sampling points, each sampling point from 3 to 4 health workers. Sampling time to complete before 12h on 10/6

The health sector has traced 51 F1 cases of C. and conducted concentrated isolation and sampling for testing.

From 12:00 on June 8, the entire Ha Tinh city set up a medical isolation area to prevent the spread of the COVID-19 epidemic (according to the Directive 16/CT-TTg dated March 31, 2020 of the Prime Minister). Goverment).

To continue to speed up the sampling progress in the blockade area and proceed to take samples throughout Ha Tinh city, the Department of Health has mobilized 406 medical officers and staff from 26 medical facilities in the province. participate in assisting in sampling, preserving and transporting patient samples.

On the afternoon of June 8, Mr. Duong Dinh Chinh – director of Nghe An Department of Health – said that Nghe An health sector decided to increase hospital and support 52 medical staff of Nghe An General Friendship Hospital to help Ha Tinh get medical treatment. specimen.

Daily samples will be tested at Nghe An Obstetrics and Children’s Hospital and Nghe An General Friendship Hospital.

It is expected that on the morning of June 9, a volunteer mission of the Nghe An health sector will depart to help Ha Tinh fight the epidemic.