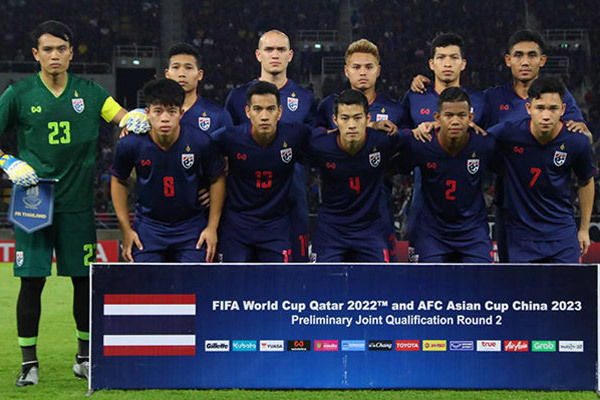 Thailand has 2 warm friendly matches in the UAE, before officially racing with Vietnam in the World Cup qualifying round of 2022.

Thailand announced its decision to race with Vietnam to win the top of Group G, the second stage of the 2022 World Cup qualifiers.

The goal that the Thai Football Federation (FAT) has set is to enter the eight most powerful team in Asia, to improve the ranking on the FIFA rankings.

Accordingly, FAT reached an agreement on two friendly matches in the UAE.

Coach Akira Nishino did not want to play with local clubs, so Thailand finished the agreement with Tajikistan and Oman.

Tajikistan is currently ranked 121st in the world, while Thailand has just risen to 106th.

In the 2019 Asian Cup held by the UAE, Oman in the eighth round. In the same tournament, the Vietnamese team was the first Southeast Asian representative to enter the quarterfinals.

Regarding the preparations for the 2022 World Cup qualifiers, coach Akira Nishino plans to bring 25-27 players to the UAE.

FIFA only allows the registration of 23 players. Mr. Nishino is concerned about the risks and wants to bring it in large quantities before closing the official list.

Thailand will gather in the next few days, with a total of 47 players fighting for a spot in the UAE.

Quang Hai strongly spoke in the 9th round of LS V-League, making Mr. Park light-hearted with his plans for the Vietnamese public goods.