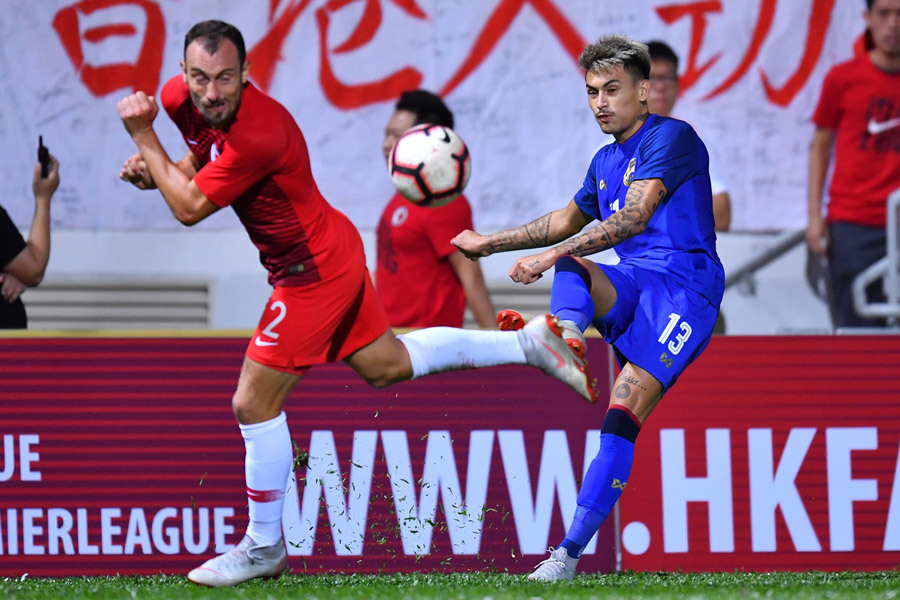 On May 3, Thailand gathered the first session in the process of preparing for the final round of phase 2, World Cup qualifying round 2022.

Previously, veteran striker Teerasil Dangda had to bid farewell to the Thai team, just a few days after the list.

Teeraphol, of the Samut Prakan City Club, is one of the new recruits that Mr. Nishino wants to try.

Meanwhile, the absence of Philip Roller is said to be a big loss with “War Elephant”.

Philip Roller has 12 games in Thailand, and is expected by coach Akira Nishino as an important solution on the right wing.

Born in Munich, Philip Roller played in Germany and then in the Austrian Second Division, before returning to Thailand – his hometown.

Coming from a right-back position, Roller was improving himself more and more and becoming an all-round winger.

Last season, Roller often acted as a right-wing attacker, and scored 14 goals for the Ratchaburi Club.

Philip Roller is the Thai player with the most goals in the Thai League 2020 in the first gathering, so coach Akira Nishino is highly appreciated before returning to the 2022 World Cup qualifiers.

According to medical reports, Roller had a serious knee injury, and had to go to Germany for treatment.

In the short term, coach Akira Nishino did not summon any more faces after 3 injuries.

Thailand will come to the UAE on May 21, having 2 friendly matches with Oman (May 25) and Tajikistan (May 29).

Thailand has a problem with young star Leicester

The Thai team is in trouble over the case of Thanawat Suengchitthawon, the young Leicester player, as he prepares for the 2022 World Cup qualifiers.