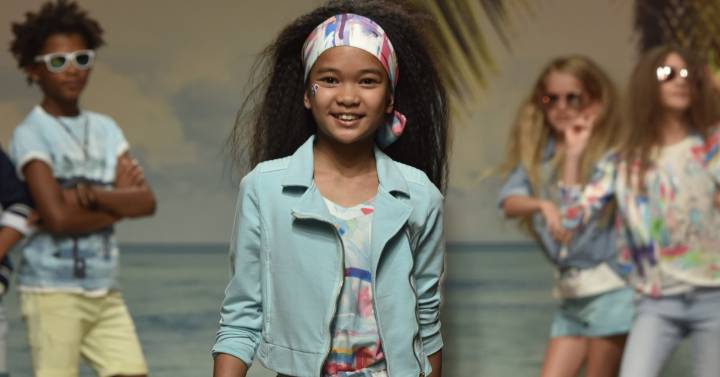 When the president of Mayoral, Rafael Domínguez de Gor, took over the helm of the old family-owned stockings and socks factory in 1966, he had no idea of ​​becoming the Spanish leader in children’s fashion. Mayoral is a multinational established in 15 countries, which sells 30 million garments annually in 102 markets. It is the sixth largest group in the Spanish textile fashion sector, with a turnover of 360 million euros expected in 2017, and is stepping on the accelerator to expand with new stores and points of sale.

Mayoral’s path has been long. Domínguez de Gor changed the manufacture of socks for pants and these for children’s garments, but the leap towards success was made when he went from a manufacturer of “loose clothing” to a fashion distributor in 1973, which meant starting to tackle lines complete with clothes with their own design and brand. Today it has a department with more than 100 designers who travel the world to detect trends, and creates 3,000 models of clothing, footwear and accessories for children from zero to 16 years old each season.

The Malaga manufacturer sells in 200 own brand stores, and in more than 10,000 specialized stores and department stores. “The 2016-2019 strategic plan is based on the growth of sales channels. We want to sell through more of our own stores in Europe, more franchises in other countries, and through the traditional channel of third-party stores. In addition to promoting the online channel, which is open in 12 European countries and we created it for the United States. We also developed new commercial subsidiaries in the United Kingdom, Bulgaria and Peru ”, explains Rosario Carrillo Guirado, the company’s marketing director.

Mayoral has 1,200 employees spread throughout the world, and the Malaga facilities exceed 75,000 square meters between the offices and the logistics area. If Mayoral’s annual production were distributed evenly throughout the year, it would be said that it designs, manufactures, stores and ships a garment to stores every second and a half.

In 2012, it opened the robotic order classification warehouse, it has 5,700 square meters of surface and 20 meters in height, and processes each order in seconds and automatically. It has bought adjoining land of 155,000 square meters to grow.

Mayoral has opened an average of 10 stores per year for 20 years, and now it has doubled the number. “We are opening 22 stores in 2017, which will end with 212 stores, 182 owned and 30 franchises. 160 stores will be in Spain and 52 abroad ”, clarifies Carrillo Guirado, who acknowledges having entered the online channel late, only in October 2013, and tries to compensate for this delay with a strong increase in digital marketing. The brand has over 400,000 fans on Facebook and its Fashion Film videos have been viewed one million times. Mayoral has 14 international commercial subsidiaries in countries such as China, the United States, Mexico, Russia or Turkey, and 220 commercial agents. Being close to the client is the norm, and this was learned by Rafael Dominguez de Gor in his first trip abroad, 40 years ago.

The current president of Mayoral was an industrial engineer expert in the textile sector (he worked at Intelhorce before being employed in the family factory) who spoke English and, with these weapons, worked as a salesperson for the sector in Germany for more than 10 years. After losing one of the most important clients, he became convinced that speaking the client’s language, selling in their currency and having an office with a local phone number is vital to maintaining it. In addition, it sold large private label runs and that was not profitable, so in 1986 it ended the German experience and decided to focus on Spain.

However, although the adventure on its own soil worked, Mayoral had no choice but to go international to survive. Going abroad was the company’s response to the sharp fall in the birth rate of the late nineties and the recession of 1992. The situation caused the manufacturer’s sales to fall from the 7.9 billion of the old pesetas (more than 47 million pesetas). euros) entered in 1990, up to the level of six years ago. Domínguez de Gor put his son Manuel Domínguez de la Maza (today CEO of the company) to pilot the foreign implantation. “We open a subsidiary when we detect sales potential in children’s fashion and the existence of a multi-brand channel. For that we do preliminary studies and some prospecting visits in which we speak with various actors in the sector, ”explains Carrillo Guirado.

“A manager who knows the company very well is the one who must make the fine judgment on the spot to talk to business experts and evaluate each market. Not all brands work the same in a country ”, clarifies Julián Villanueva, professor at IESE. Opening a subsidiary in another country is “more complicated and expensive than obtaining customers at a fair, but more profitable because you control the positioning and support sales. The company must build the brand in each country to sell at the right price. Doing it wrong is a costly failure, ”adds Villanueva.

With the homework done, Mayoral today generates more than 70% of its income abroad, which has become the engine of the growth of the company, and immunizes it against local problems. “The diversification of markets has protected us from the crisis of 2008. What’s more, we have not stopped growing since then, and we sell more than double that in 2008”, summarizes Carrillo. Mayoral grew by double digits from 2009 to 2011, the worst years of the crisis, and in 2016 it achieved a turnover of 330 million euros.

Another key to Mayoral’s progress was to relocate manufacturing, forced by the incorporation of Spain into the European common market in 1986, which led to the importation of textile garments from third countries with a lower labor cost than Spanish. The company began to subcontract the production of its garments in the Maghreb and today it has added Turkey and Asia, maintaining control of the manufacturing from the headquarters in Malaga.