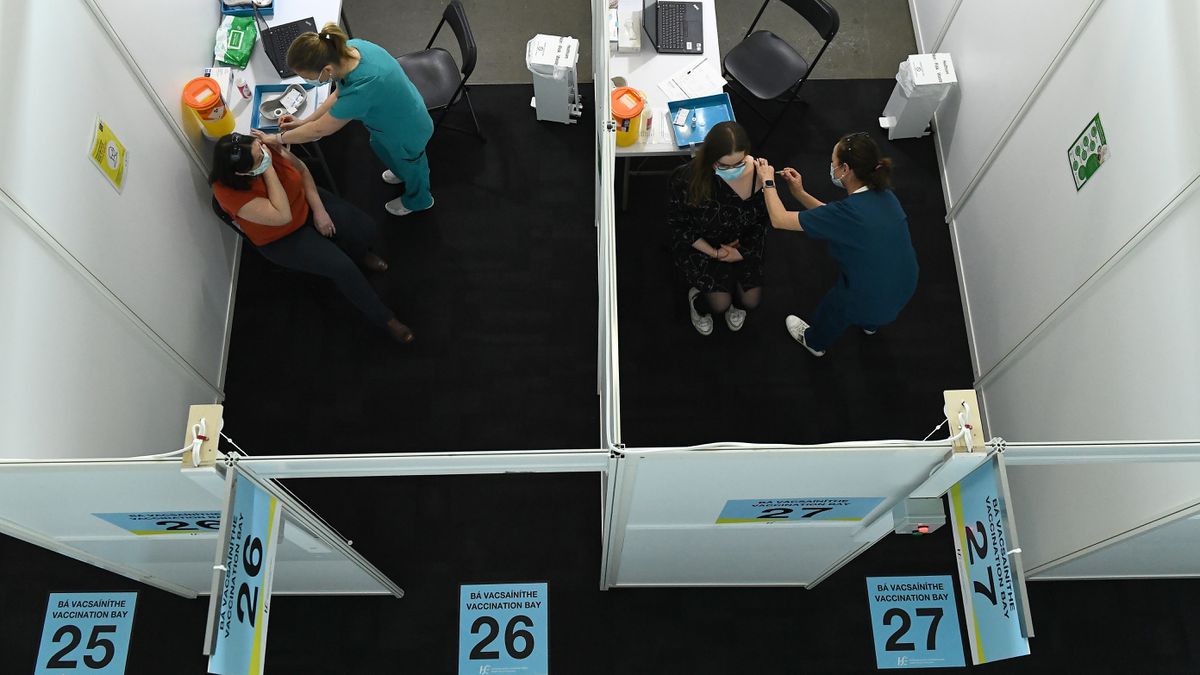 The European Medicines Agency (EMA) will formulate a recommendation on the use of the AstraZeneca vaccine on Wednesday after evaluating the rare cases of thrombosis that have occurred in citizens who received that drug. This has been confirmed by the European Commissioner for Health and Food Safety, Stella Kyriakides. The Amsterdam-based agency has so far maintained that the vaccine is effective and safe, although it has not ruled out isolated risks. The Netherlands and Germany suspended their administration to those under 60 years of age until the outcome of the deliberations is known.

The EU countries await the results of the meeting of the Pharmacovigilance Risk Assessment Committee (PROC), which should provide an “updated recommendation” after having analyzed the rare episodes of thrombosis that have been referred to it by the national health authorities. In their last meeting last Wednesday, the community body continued to defend that the benefits of the vaccine outweigh the “possible risks.” And, while he concluded that the use of the Anglo-Swedish group drug is not associated with an overall increased risk of blood clotting, he also admitted that the cases already registered required “further investigation.”

For the first time, a top EMA official on Tuesday established the link between the vaccine and those clots that have been reported. Ahead of this week’s expert committee meeting, his head of vaccine strategies, Marco Cavaleri, stated in a personal capacity in an interview with the Italian newspaper Il Messaggero that “it is clear that there is a link with the vaccine, which causes that reaction,” although he added that the agency has not yet been able to find an explanation for it. “In summary, in the next few hours we are going to say that there is a link, but we have yet to understand why it happens,” he summarized. A spokeswoman for the agency said that “the EMA has not yet reached a conclusion and the review is ongoing.”

The progress of the European vaccination campaign depends, to a large extent, on the final recommendation of the EMA. The Netherlands joined Germany and suspended vaccination of people under 60 with the drug last week after cases of thrombosis in five women between the ages of 25 and 65, one of whom died of an extensive pulmonary embolism. On the other hand, in Spain, this vaccine is only administered to citizens under 65 years of age, although the Center for the Coordination of Health Alerts and Emergencies, Fernando Simón, has opened the door to abolish that limit.

Last week, the EMA held a meeting with independent experts specialized in various branches of medicine to identify risk factors for thromboembolism after receiving the vaccine. Until then, the community agency had been unable to find an explanation for the clots. “The review has not identified any specific risk factors, such as age, sex or a previous medical history of bleeding disorders,” he said after their last meeting.

The report of these external experts will be attached to the one drawn up by the agency’s experts, who are studying each of the cases that come to them from the national authorities. Although Cavaleri considered that the agency could already establish that link, he also maintained the affirmation that the benefits of a vaccine against a disease that continues to punish Europe are much higher than the secondary effects, registered in specific cases.

Before the EMA ruled on the safety of the drug when making its first analysis of detected cases of thrombosis, 16 countries had already decided to discontinue its use. However, most used it again after the agency ruled that the vaccine is “effective” and “safe.” AstraZeneca’s is one of four approved by the EMA, alongside BioNTech-Pfizer, Moderna and Janssen.