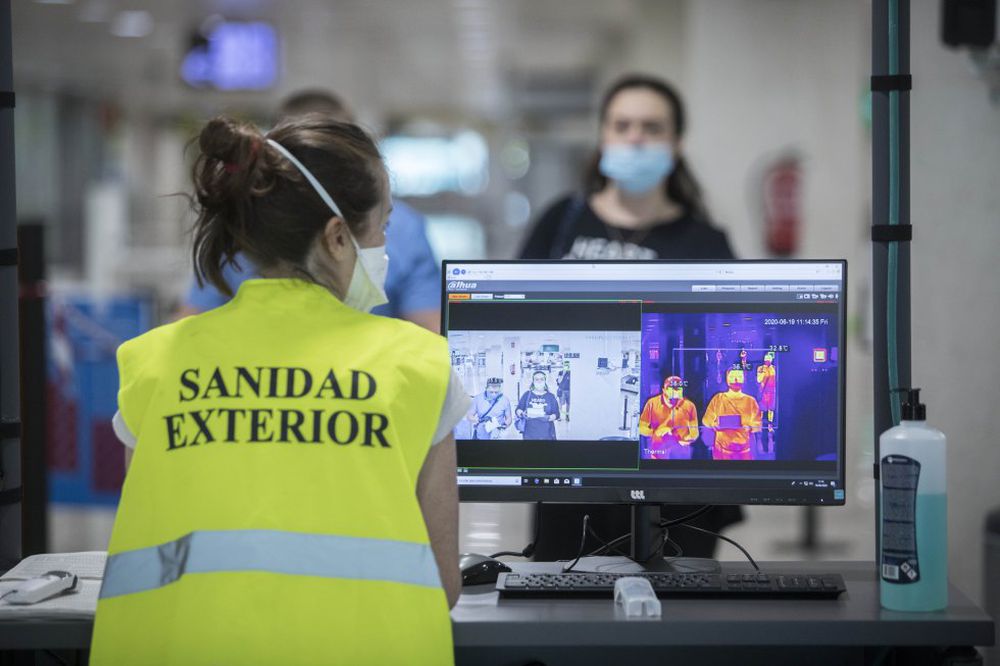 
The government hopes that 2021 will be the year of recovery. Although he is aware that for this exercise they still paint coarse in one of the main legs of the Spanish economy, tourism. Therefore, it looks for formulas to try to tackle the arduous road that remains until it reaches precovid levels. Among the key factors set by the Executive, the creation of a vaccination card at the European level to reactivate the arrival of foreign tourists stands out, according to an internal document of the Ministry of Economy to which EL PAÍS has had access.

The vaccination card is one of the determining factors, although it will not be the only one, according to the department headed by Vice President Nadia Calviño: “The recovery of safe corridors for international tourism is a key factor. Advances in vaccination cards and opening of borders will be fundamental to recover the activity ”.

Reyes Maroto, Minister of Industry, Commerce and Tourism, has spent days without wanting to give up Easter, although always with the tagline that it will depend on the health situation. And in Europe, it is one of those responsible for tourism that bets on these passports to promote safe travel. “We are working to have common vaccination passports within the scope of the European Commission. We also do it with the OECD in initiatives to guarantee safe trips ”, he assured this Monday during his visit to Valladolid, in line with what the Economy document revealed by this newspaper maintains.

Sources from the department of Maroto also add that they have already defended this position in Europe – with little success at the moment – and admit that there is debate in the Union. “Spain does bet on the vaccination certificate and will work so that this contributes to the recovery of mobility,” explain official Ministry spokespersons. The sector, meanwhile, admits that it still has very tough months ahead.

The Economy document makes a previous review of the blow of the pandemic and highlights that tourism has been the activity most punished. And so it will remain in the near future. “The hotel industry is the most affected sector, closing the year at an activity level of 41% at the end of 2019. It is followed by related sectors, such as recreational activities and transport, with an activity level between 70% and 80% of the precovid situation ”, relates the report.

Related to this sectoral coup, the autonomous communities that have regressed the most in the year of the pandemic have been the most touristy. Especially the islands, which are also punished by their dependence on air mobility, as well as the Madrid and Barcelona provinces: “They have been among the most affected by the shock, presenting greater falls in consumption and activity ”. Something similar happens in terms of employment, in which everything related to tourism has collapsed. In fact, the largest drop in effective employment is concentrated in the hospitality industry (it loses more than 600,000 net affiliations compared to the maximum prior to the pandemic). And if you look at the detail of the ERTE, between the hospitality and commerce they make up almost two thirds of the files in force.

All this about the recent past. For the present the situation is not rosy either. And in the future, tourism companies will have to continue tightening their belts because the recovery will take long. “Some of the sectors hardest hit by the crisis (hotels, transport and recreational services) will not see their situation normalized at the end of the year,” the text states. It even warns of the risk that public incentives will be withdrawn prematurely and considers that the range of aid should even be expanded.

In this way, the reactivation expected by the Government is full of nuances. “The bulk of the recovery will come in the second half of the year, once progress has been made in vaccination,” says the document in the first place, to which it adds: “The sectors most linked to tourism, such as transport, recreation and hospitality will still remain at activity levels lower than 75% of the precovid situation “. That is, they will experience a considerable improvement, because they start from very low, although they will finish the year still 25 points below the 2019 level.

The economic improvement is also exposed to multiple uncertainties, including the vaccination process, which at the moment is progressing in fits and starts and to which it dedicates part of the analysis. Mass inoculation of the population will bring remarkable benefits, even before group immunity is achieved, for two main reasons: it will reduce the number of deaths and the number of hospital admissions to intensive care units.

“In the first place, the reduction in the number of deaths is key from the point of view of the expectations of the agents, since an improvement in sentiment would allow progress in the recovery of the still pocketed demand. Secondly, reducing pressure on the health care system is a key step in lifting the movement and supply restriction measures, which limit the use of productive capacity ”, the text of Economics concludes.