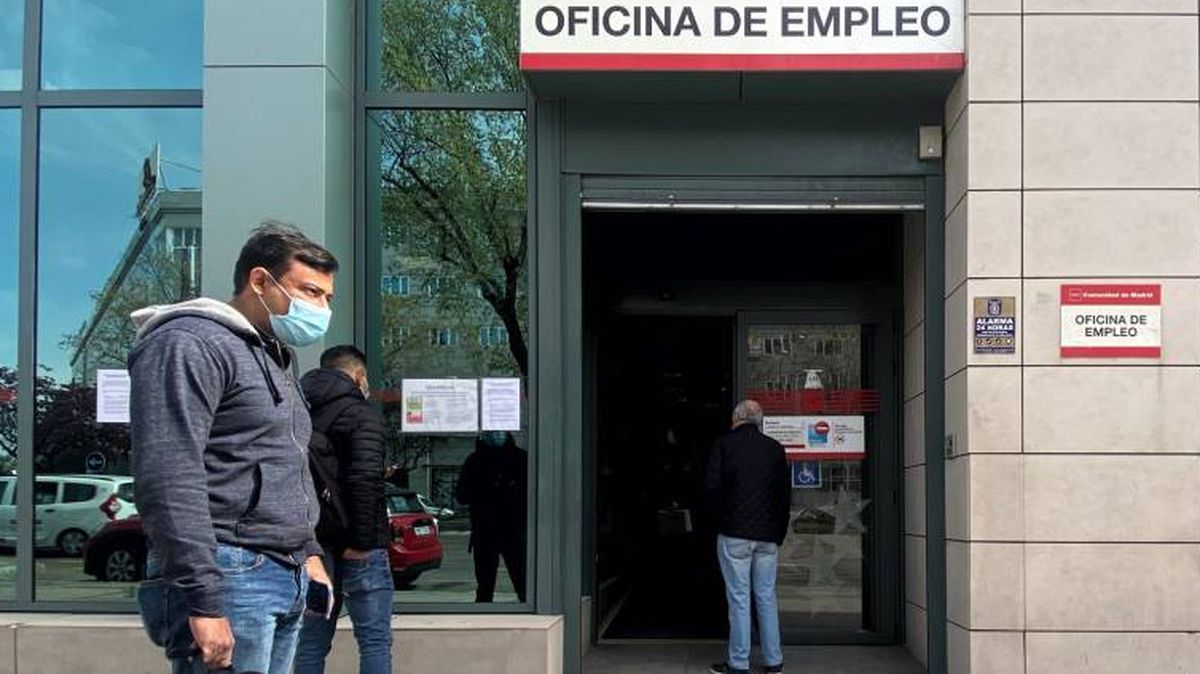 If things go as predicted by the International Monetary Fund (IMF), Spanish GDP will return to prepandemic levels in the first half of 2023, a little earlier than Italy and much later than the rest of the euro’s partners. But in the labor market, the pieces of the puzzle will take much longer to rebuild: Spain will not recover the levels of prepandemic unemployment until, at the earliest, 2027, at least a year after what it had anticipated so far. And this despite the fact that the effectiveness of the ERTEs has made it possible to contain the impact on employment better than would be expected for a recession of the magnitude of the one that occurred in 2020, when activity fell by almost 11%, and that unemployment ended last year even better than the Washington-based body had so far forecast.

The latest data from the Fund point to a slightly bleaker employment scenario than the one outlined last fall, when it expected unemployment to return to pre-crisis levels throughout 2026. In the short term, the scenario varies little: from 14 , 1% immediately prior to the health and economic crisis, unemployment will close this 2021 at 16.8%. In 2022 and 2023, the improvement will continue to be large – one percentage point and eight tenths, respectively – but from then on the pace of job creation will begin to show signs of exhaustion. 2025 will be when the unemployment rate will be closer to the level it was at before the virus arrived to change everything. But, then, it will still be almost three tenths higher, according to the set of data with which the Fund accompanies its spring projections.

In 2026 the trend could even change, with the job market destroying new jobs. A turn in the trajectory of gradual improvement for which the Fund’s technicians do not provide any explanation and that draws even more attention given that, despite the lower economic vigor, its GDP growth forecast will continue to be positive that year: from 1.4%.

According to the latest unemployment data, published this Tuesday, the first 12 months after the pandemic resulted in 440,000 fewer jobs and 400,000 more unemployed. And with more than 740,000 people still covered by ERTE. Even though it is enormous, the fall in the number of employed persons is already slightly less than that registered at this point in the Great Crisis that began in 2008, as remember the chief economist for Europe at Oxford Economics, Ángel Talavera. And, unlike that hydra with a thousand heads spurred on by several gross management errors — such as austerity misunderstood and applied long before it hit — this crisis will be much more acute but also much shorter.

Public debt will not drop below 116%

With the three digits of debt over GDP already normalized and the deficit firmly anchored above 4% between now and 2026 – while Germany, for example, will return to fiscal rigor in just two years – the trajectory of this variable will draw a curve similar to that of the labor market, that is, that of a slow decline. Despite the strong recovery of the economy – Spain will lead the global rebound this year along with the United States – the still powerful fiscal spending plans to contain the impact of the crisis on households and companies will continue to cause a significant gap in public accounts. According to IMF calculations, the imbalance between expenses and income of the Spanish public administrations will exceed 9% of GDP in 2021, somewhat below the 11% recorded in 2020 but still at historically high levels. This figure is comparable, for example, to that registered in 2010, in the midst of the global financial crisis.

Next year, with the recovery well on track and activity one step away from regaining the vigor prior to the health and economic outbreak, the Spanish fiscal deficit will continue to register unusually high figures. That year, the gap in public accounts will amount to 5.8% of GDP and later moderate to 5% in 2023. In the following years, with the economy already in the post-pandemic normalization phase, the deficit of all the Administrations will continue to ride notably above 4%, a thick number in historical terms. The negotiation of the reform of European fiscal rules, which is expected in Brussels for next year, is more important than ever for the interests of Spain.

With this imbalance between public sector revenues and expenditures, and despite the gradual rise in GDP – the denominator in the fraction of the deficit – the public debt will be installed in the next five years in the range of between 115% and 120% of the total. GDP after suffering the most abrupt increase in democracy in 2020. These figures still do not take into account the 35,000 million euros in liabilities of the bad bank that the community statistical office, Eurostat, has just forced to transfer to the State.