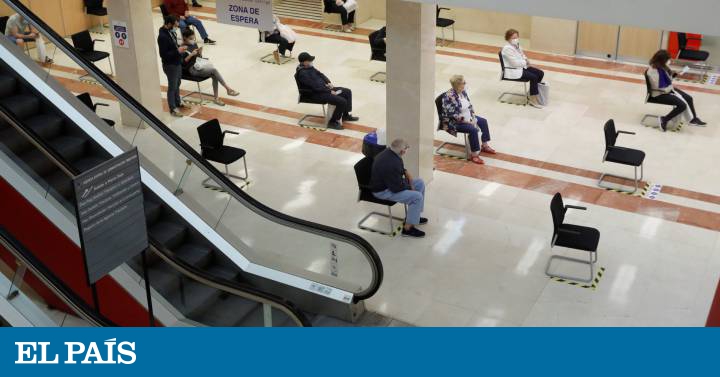 When confirming the draft of the income statement, whose campaign begins this Wednesday, the experts advise carefully reviewing some elements, with the aim of avoiding errors and making the most of the tax reductions to which they are eventually entitled . Beyond how the temporary employment regulation files (ERTE) are taxed —Hacienda will approve in the next few days a regulatory change that will allow the payment of personal income tax to be divided without interest for six months—, the aid for self-employed workers, the reversion of what was collected from the sale of the habitual residence in another property for this purpose or the renegotiation of the rent, these are the keys with the main novelties for the declaration of fiscal year 2020.

“The minimum vital income benefit is exempt, together with the minimum insertion income and other aid for groups at risk of social exclusion from the autonomous communities or local entities, with a joint maximum annual limit of 1.5 times the public indicator of multiple effects income, which is equivalent to 11,279.39 euros ”, they point out from the organization of the technicians of the Ministry of Finance (Gestha).

Likewise, they add that the obligation to present the income statement does not fall only on the recipients of the minimum vital income but also on the people who live with them, even if, due to their own situation, they do not have to do so. . “Given the low amount of these benefits, it does not seem logical that the simple perception of this type of income forces the presentation of the return, even though its total amount is exempt, especially when in most cases the return will be negative , that is to say, it will not involve income or return, since there will be no income subject to withholding ”, criticize from Gestha. For this reason, the Treasury technicians trust that the Draft Law on financial measures for social and economic support, being processed in Congress, will eliminate this obligation.

In any case, they emphasize that the fact of receiving the minimum vital income does not give the right to other types of family deductions, that is, for being a large family, for relatives with dependents and single parents with two children.

Mothers with children under three years of age with the right to apply the minimum for descendants may deduct up to 1,200 euros per year from personal income tax for each child under three years of age, as long as they carry out an activity on their own account or for which they are registered. in the corresponding regime of Social Security or mutuality.

On the contrary, mothers who are in an ERTE for which the employment contract is suspended do not have the right to apply this deduction during the months in which it is in force. The exclusion does not affect mothers who are on a part-time or reduced working hours ERTE.

Regarding the deductions for large families, for ascendant with two children and disability of descendants, ascendants or spouse, Gestha ensures that both taxpayers who carry out an activity on their own account or as those who receive tax benefits are entitled to them. and assistance. Therefore, “people in ERTE or who receive the contributory unemployment benefit or unemployment benefit, do have the right to these family deductions also during the months in which the benefit or subsidy is received,” clarify the technicians of the Treasury.

In May last year, the Government approved an increase in the tax relief for donations with retroactive effect, from January 1, 2020, up to 80% of the first 150 euros donated and 35% of the rest of your contributions, which increases to 40% if the amount donated to the same NGO has not decreased in each of the last three years. “Donations to the Public Treasury made for the exclusive financing of expenses derived from the health crisis caused by Covid-19 will also enjoy these increased rates,” emphasize the Finance technicians.

The personal income tax exemption for the indirect canteen service remuneration in kind is also extended in the case of remote or non-contact work, with effect from January 1 of last year.

In this way, in fiscal year 2020 “the exemption applies not only to the workers’ meals in the bar or restaurant itself, but also when they are consumed outside the premises, both collected by the worker himself, and delivered to his center. work or in the place chosen by the worker who works remotely or telework ”, emphasize from Gestha.

The Treasury technicians also recall that “exceptionally it was possible to rescue pension plans, insured pension plans, business social security plans and social security mutual funds, during a period of six months from March 14, 2020, in situations of unemployment due to ERTE and cessation of activity of the self-employed that occurred as a result of the pandemic, with the limit of salaries or net income no longer received ”. The general rule that they are earned income applies to these reimbursements.