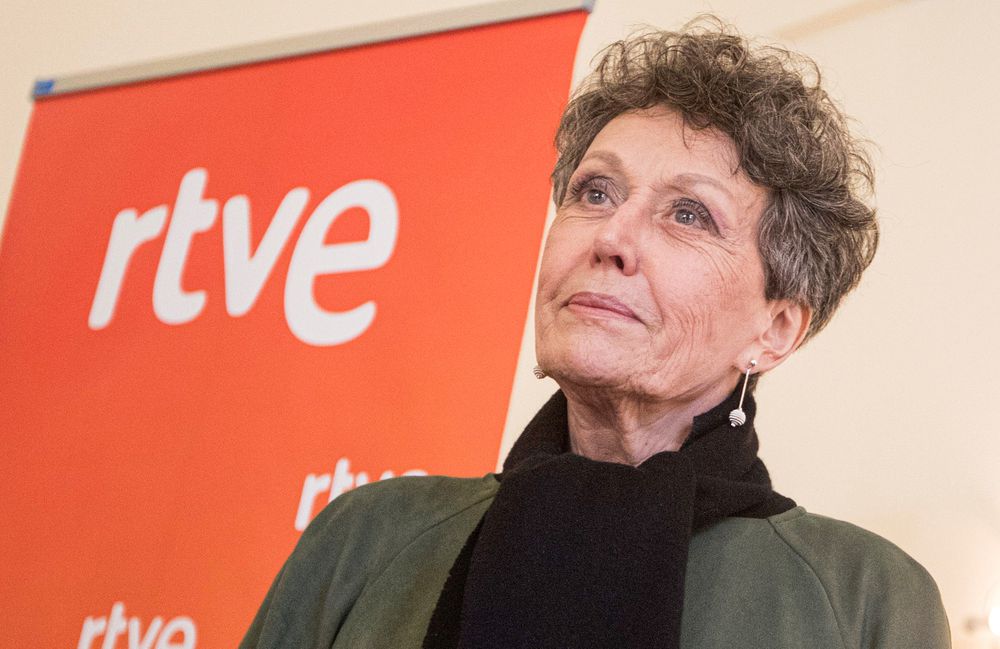 “I have come here to do the favor of filling a gap that was empty.” Rosa María Mateo thus argued her incorporation to the head of RTVE in July 2018. It came from carom. A couple of deputies were supposedly confused when voting on the appointment of a new board of directors in Congress and the renewal was thwarted by just one vote. The journalist, now retired, decided to assume the position “because of responsibility” towards a company in which she worked for three decades.

Nobody had so much power in RTVE. She was the sole interim administrator, with no council to report to. Not even when making appointments or signing dismissals. Now he is about to give up the baton of a company with more than 6,400 workers, a budget of 1,100 million, five television channels, six radio stations, a website and a digital platform.

His energetic character led to serious disagreements with TVE journalists. The most serious occurred in April 2019, when he decided, against a large part of his trusted team, to change the date of an electoral debate that benefited the Socialists. After a loud rebellion by the workers, he backed off. The interview with Arnaldo Otegi and the extensive coverage of the odyssey of the Open arms and the rescue of migrants in the Mediterranean in the summer of 2019.

Due to the institutional blockade, the provisional stage (scheduled for three or four months) has been extended for almost three years. Emelina Fernández, PhD in Audiovisual Communication, observes that “internships are never good, especially because RTVE needed and continues to need legitimacy, innovation and great efficiency”. And it details: “Legitimacy to be able to claim essential resources that it does not have. Innovation, because the audiovisual world is changing rapidly and whoever is not at the forefront fails. And very effective, because the public media cannot limit themselves to offering what others are not interested in, but they must do so by serving as a reference and an example ”.

When he rejoined RTVE, Mateo was 76 years old and had a successful professional career that was cut short in 2003. At that time he has said that he was expelled from Antena 3 with an ERE “when the PP appointed Mrs. Gloria Lomana as news director” from the private chain. He said it in one of the first appearances before the parliamentary control commission and that statement marked his convulsive relations with the main opposition party.

Since then, the PP has not wavered in its criticism. He has attacked “the clamorous sectarianism”, the “immoral purge” and the management “nefarious, harmful and full of nonsense”. “Mateo did not have a minute of respite,” says Fernández, who was president of the Audiovisual Council of Andalusia. “He had everything against him and, despite this, he has directed RTVE with great dignity.”

Rosa María Mateo arrived at RTVE with a concise list of intentions: to recover truthful, plural and independent news programs and to bet on public service content in favor of social and territorial integration.

One of the first measures was not to extend Rush hour, presented by Javier Cárdenas. And one of the worst managed, the replacement in the direction of TVE news, with the departure of Begoña Alegría and the frustrated incorporation of Almudena Ariza. The cancellation of emblematic programs, such as The 2 News, and the airing of others such as Things clear they unleashed a wave of internal and external criticism.

The 31 months of this unusual stage have meant significant wear and tear in the field of hearings.

The group captured in September 2018 a screen share of 16.7%, a percentage that in February 2021 fell to 13.9%. TVE-1, the flagship of the corporation, went from 10.2% to 8.6% in the same period. Mateo had a particular vision of the collapse of the audiences: “The spectators flee by the thousands and return one by one. There was a diaspora when the PP took over TVE and now there is another diaspora, that of the followers of the PP, who have also left ”. Public radio has also lost the trust of listeners and followers have fallen dramatically.

From the audience’s perspective, the sociologist Javier Callejo’s evaluation is “pretty bad.” It emphasizes that “a communication medium has different types of capital: one symbolic, which means as a brand, and another, the audience.” Behind the lack of identity lies the fact that, in principle, Mateo’s stage was foreseen “with a short time horizon and that has prevented the establishment of a management and production strategy.”

Callejo perceives that the corporation lacks an identity that goes beyond the news, where noise is concentrated. “Strategy has been lacking as a great means of communication, especially in areas such as digital transformation or innovation. The news programs of the public channel have a capacity for resources of professionals and technical means much higher than those of the private channels, but it has not been managed well. In TVE, the newscasts hooked up to the rest of the programs and that has been squandered ”.

The problem, as pointed out by a manager of the chain, is RTVE’s reputational crisis, in addition to its inability to put products that are attractive to the audience. In these last three years, TVE has lived off the rents. No great success will remain associated in the collective memory with the stage of Mateo. Not even Prodigies.

The “little theater” of appearing in the Chambers

Before assuming the position as head of RTVE, Rosa María Mateo was convinced that the appearances before the joint Congress-Senate control committee were a “little theater”. He soon found that they were also an unpleasant and boring little theater. “Anyway, you have to stick to it because the law says so and then democracy deserves it,” he admitted.

In her last appointment in the Senate, at the end of February, she reproached the PP for having subjected her to an ordeal during the 31 months of her mandate. At that time he received a long string of disqualifications from the opposition parties: “incompetent”, “corrupt” and “nefarious manager”, among others. She was even accused of “politicizing the public entity as never before” and of turning TVE into “the most manipulated and sectarian television of all the European public channels”.

Mateo never shut up. He called a PP deputy “mean and miserable”, after having mentioned a society in which his son participated. “As much as some of you attack me, harass me or defame me, you are not going to tarnish my legitimacy, the legitimacy that this Congress gave me with 180 votes,” he said.