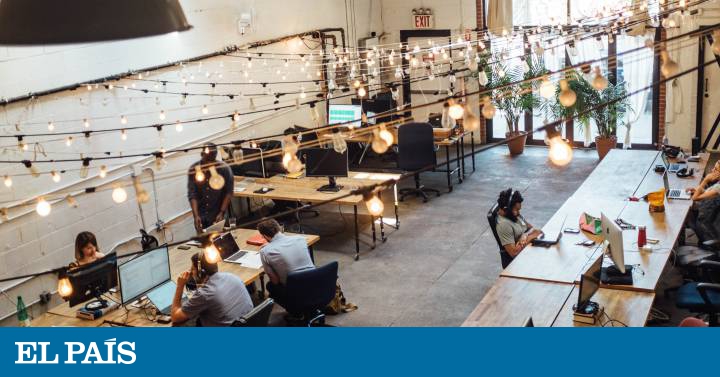 The numerous restrictions caused by the coronavirus have made remote work or education and hybrid environments a palpable reality in many countries for more than a year. The leading role of new technologies is a fact that will also be accentuated in the future. “As individuals and as a society, we have to be co-evolutionary with the digital tools we are living with, and if we don’t want to be left out, we have to constantly be acquiring digital skills,” says Gema Requena, director of the consulting firm Nethunting. An effort in which factors such as age and, above all, the level of studies, play a fundamental role, since people with high educational levels demonstrate a greater development of digital competences, according to a recent study by the Observatory of digital competences and occupability, a project of the IMANcorp Foundation and the Autonomous University of Barcelona (UAB).

According to this report, people who have completed higher levels of study have a higher percentage of intermediate and high skills, while those with basic studies have lower or non-existent levels. Thus, for example, the numerical indicator that they include as a reference indicates that people with fewer studies have an index of 7.11 points out of 26, while among the population with higher education it practically doubles (14,14). Age also influences, since, within each educational level, young people present much greater digital self-sufficiency than those over 65 years of age.

“There are three possible explanations for this,” explains Dr. Rafael Merino, professor of Sociology at the UAB and academic head of this study: “The first is that cognitive skills are related to digital skills. The second, that many of the learning activities have to do with the development of these digital skills (use of email and word processors, software graphics, presentation creation …). And the third is that, at a higher level of studies, the type of work that is carried out requires greater digital skills ”.

The Digital Economy and Society Index (DESI), an indicator of human capital based on digital skills, reveals that Spain is slightly below the European average. And yet, the changes caused by covid-19 show a clear commitment to digital transformation: more than half of Spanish companies (51%) have redesigned their Information Technology (IT) infrastructures to meet the needs of new demands for remote and hybrid work, and nearly three in four digital leaders believe there will be long-term changes to where and how people work within their organization, according to an Equinix study. On the other hand, and despite the negative effects of the pandemic, 71% of companies in Spain still intend to expand into new markets, and of those, 73% want to do so virtually.

“As time goes by, day-to-day activities, both in the workplace and professional, are increasingly done digitally, and the mobile phone has become the basic tool par excellence to carry out any type of procedure ”, Says Juan Luis Moreno, Chief Innovation Officer on The Valley. Another example can be seen in the use of virtual and augmented reality, for which, he indicates, before they had to have special devices but that today are accessible through mobile phones, and it is already a common technology in areas such as education, since makes distance education more interactive.

In the same way, other disruptive technologies such as the Internet of Things (IoT) or robotics are being incorporated into our daily lives in an almost imperceptible way: “It is already common to see around us in homes, hotels, shops and work environments How many tasks are automated through mobile phones or voice, and that is thanks to the artificial intelligence of voice assistants and the sensors that will allow us an increasingly hyper-connected world. The use of autonomous cars in a more popular way or seeing robot cooks and waiters in restaurants will soon be a reality, ”adds Moreno.

Changes in the work environment

Among the digital knowledge most demanded by companies, the Head of Innovation at The Valley includes mastering work methodologies such as design thinking, Lean or Agile, to boost efficiency; disruptive technologies such as artificial intelligence, blockchain, robotics or immersive reality; from data science, as the key to knowing customers better and improving decision-making; and extensive knowledge of both the business models of the digital economy, as well as the strategy, operations and logistics of the sale on-line.

The blockchain, for example, it is a technology that allows the physical world to be replicated on the Internet: “Until recently, the Internet was an ideal medium for sharing information, but not value or property. For example, to give a ticket to a concert I could take a photo of it and share it with someone else, but whoever received that image could not be sure that I would not also use it to access the event. There was no real exchange of ownership ”, illustrates Alex Puig, co-founder of Caelum Labs and an expert in this technology. It is also transversal (with applications in many sectors), the demand is very high and the salaries very competitive. Of course, training depends a lot on the initiative you have: “We have reached a point where technology advances faster than training schools, and any training course blockchain it will probably be out of date long before it is finished Self-study, collaboration with projects open source, The chats on-line, the tutorials on YouTube and posts Specialized are today the best way to train us ”.

If one thing is clear, it is that the circumstances we live in have radically changed our lifestyle, the environment in which we work and the way we relate to other people. A new model that presents numerous challenges, such as redesigning the development of skills for leadership and working remotely; managing the welfare of workers; control of productivity (a complex issue that generates ethical and privacy conflicts) or time management, one of the points that generates greater mental health problems among workers (due to the inability to disconnect from work), according to the study Strategic Trends. The future of education and work, from EAE Business School and Nethunting. “Working remotely, you acquire a series of abilities that seemed simple but that are not, such as self-management and the ability to have cognitive energy and work remotely through a screen,” argues Requena.

The change is going to take place through people, and for this, skills such as critical thinking will be necessary; the capacity for analysis beyond the data; active learning (lifelong learning); the resilience; flexibility and stress tolerance. “For me, the big difference at the level of technologies is that, suddenly, we have realized that the humanities have a great weight in these technologies. That these, in themselves, are not so valid, because they are still tools, and you have to put them at the service of people, their challenges and needs. Society and legislation are demanding a response to the dehumanization of technology ”.

“There are profiles that already exist and that already appeared in the previous report, such as that of the sixth sense analyst, people capable of analyzing data by adding a series of human qualities. Or those that mix ethnography and data … And every time you will find more profiles who have studied Linguistics and work in Artificial Intelligence, because it needs the ability of people who understand language. If we do not want this AI to be biased “, continues the expert,” we need behind people who master the language so that it is inclusive, who understands Ethics, Philosophy, Linguistics, Anthropology and Sociology. They are going to be careers that will gain value, perhaps not alone, but with the ability to understand the digital ecosystem ”.

For Requena, it is essential to understand that education has changed to the point of becoming something liquid: it is everywhere, it is delocalized, and that hybridization affects both the format (face-to-face and virtual, on-line Y offline) as well as the content, enhancing skills to the detriment of knowledge. The mobile phone is positioned as a means of access to education and the study of EAE and Nethunting reveals a reality phygital that mixes and breaks the barriers between the physical and the digital: incorporates experiences of the more digital world within the physical and tries to emulate experiences that transcend the e-commerce pure in the digital, already permeating in other sectors such as education and work.

Looking to the future, “the main challenge is for people to know how to make the most of the possibilities and benefits of this digital landscape for their daily activities, but without generating dependence on technology, and also to be able to reduce the digital divide that in the In recent months it has been expanded by the arrival of the pandemic, ”says Moreno. In this sense, the Everis Foundation, a non-profit entity present in 12 countries in Europe and Latin America, has convened the TechGame, an olympics on-line technology program for children from 7 to 10 years old with the aim of reducing the digital divide and promoting digital skills through a challenge: creating a video game, story or animation that makes visible and / or helps solve an environmental problem through energy saving (registrations until May 23). Because, as Moreno concludes, “for technology to truly be a benefit for society, it must be guaranteed that all people can have access to it.”