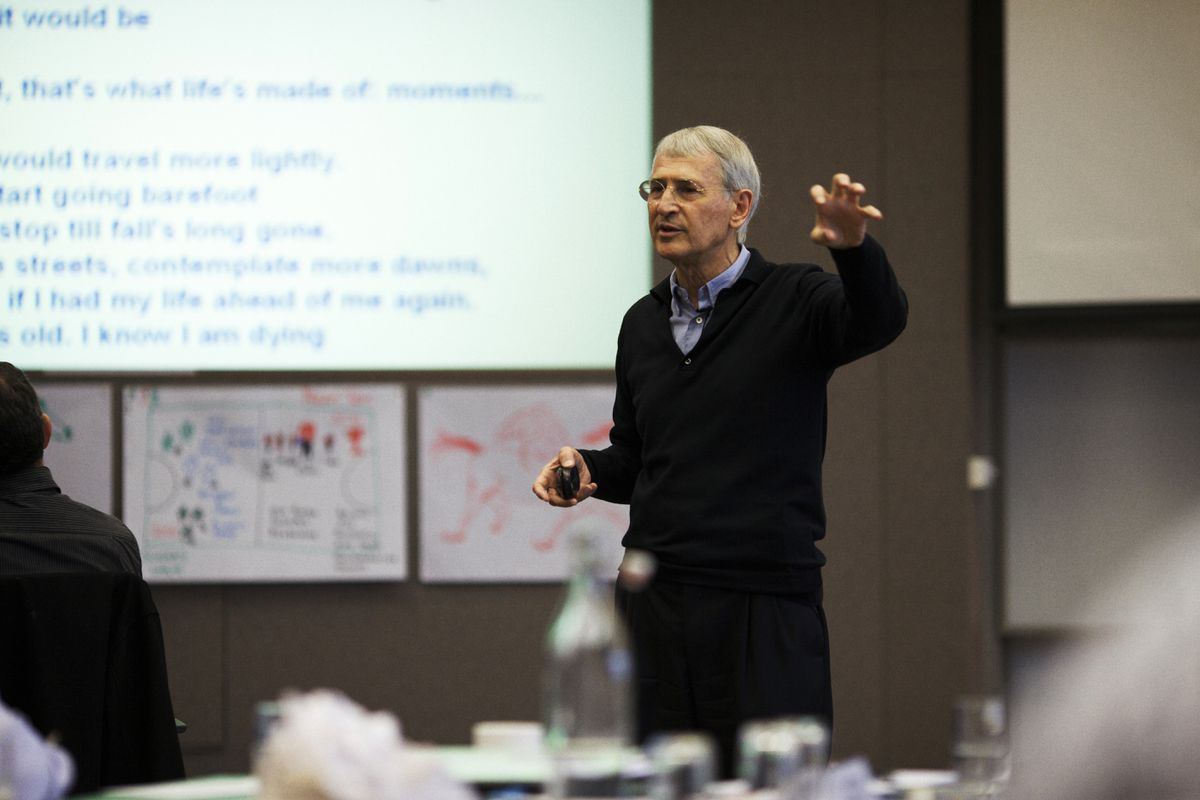 
A little narcissism is not only good, but inevitable. For Manfred Kets de Vries, in moderate quantities it is “the engine that moves us all” and an entirely human quality. The problem, according to the psychoanalyst consulted by the world’s highest-paid CEOs, is to go overboard and abandon reasonable self-esteem for self-veneration. Especially when the leader who commits excess incurs what this 78-year-old Dutchman calls unconstructive narcissism “for having been hurt in childhood and wanting to show the world that he was wrong.”

With fifty books on the subject, Kets de Vries is the head of the Center for Global Leadership at the INSEAD business school and one of the founders of the International Society for the Psychoanalytic Study of Organizations, in addition to directing his own consulting firm. Too known to take the name of coach with which many colleagues overcome the prejudices against the discipline founded by Sigmund Freud more than 100 years ago. As Kets de Vries himself tells EL PAÍS during a Skype interview from his home in Grasse, in the French department of the Alpes-Maritimes, “the idea that someone who goes to psychotherapy is someone who does not work is still valid. good head ”.

But the same fame that prevents him from hiding his status as a psychoanalyst with an MBA from Harvard is also the one that allows him to access the select group of the highest paid executives in the world. A group made up of people capable of achievements as gigantic as their gaffes. Suffice it to recall Elon Musk making Tesla shareholders lose billions when he tweeted that the company’s valuation was “too high,” or Michael O’Leary talking about imposing a “fat boy” tax on Ryanair planes. Absolutely avoidable lapses that could be related to the omnipotence of leaders too comfortable with their own genius.

Is the narcissus leader born or made? According to Kets de Vries, who published his latest book on the subject in December (The CEO Whisperer), belief in one’s own ability is assumed to the majority and does not have to be always negative. As an example of constructive narcissism, he gives Richard Branson, founder of Virgin, whom he used many years ago as a case study with his INSEAD students. “When I wrote the case I was lucky that Branson was not yet famous and I was able to talk to his mother, who always had many ambitions for her son,” he recalls. “And Freud already talked about what it means to be your mother’s favorite, something that gives you a lot of confidence in yourself, the feeling that you can’t lose.”

The risk of pride

But, even if a good start is started, there are plenty of examples of managers who end up installed in pride. A phenomenon that, according to Kets de Vries, has to do with evolutionary psychology: “People admire the authority figure that the leader represents, a figure about whom it is already known that there are a lot of fantasies, starting with the parents ”. That admiration is a pleasant sensation that many leaders seek to expand more and more, with extreme cases like Donald Trump’s: “A fantastic example of narcissistic personality disorder, with a terrible combination of psychopathy that makes him extremely spiteful.”

To find clues of excessive narcissism, he says, nothing like majestic buildings, private jets and exclusive parking lots: “Little by little this idea of ​​privilege is forming, that the rules are for others, not for one.” Until excessive pride leads them to “fly too close to the Sun and make their wings melt, as we read over and over again in the press.”

His ideal solution is a company culture with a healthy lack of respect for the boss and where it is possible to sing the truth to him when he screw up or says stupid things. This is not the case in most cases, so the function ends up falling to external consultants from coaching. Even women, he says, are tempted to brown the pill for their clients. “I have trained thousands of specialists in coaching and I have found that the problem is with the too hungry consultants who tell managers what they want to hear without taking a little distance.” According to him, it is an evil that afflicts even the most prestigious consulting firms, “who have clients for life when what they should do is self-destruct”.

Self-destruction, in any case, cannot occur before therapy. “You never, never have to go straight, because then the only thing that happens is that they dig in. Therapy is a kind of judo in which when they push, you withdraw; Before singing the truths, you have to develop the relationship; if not, they run away and say they don’t understand you, only when you’ve built this relationship can you show them some things little by little, go exploring scenarios with them ”.

Is there a case of a leader who rectified after your advice? Kets de Vries laughs and mentions the case of two executives who passed through INSEAD. The first, a student who liked to listen to herself, was surprised one day in which she did not open her mouth during the whole class. When he asked her what was happening, she explained that at lunch the companions had told her that she talked too much. “The other narcissists told this narcissist to shut up,” he recalls amused.

The other case is that of a former student in charge of a great media empire who “is not Murdoch” (“Murdoch is a psychopath”, he clarifies). “He had been a student of mine for many years and last year he called me during the pandemic to say: ‘Manfred, thanks to your seminar I have more courage and I have decided that I am not going to fire anyone, the top positions are going to have a significant reduction of salary and we are going to donate money to hospitals to acquire EPI ‘. I was proud of him, a very anxious person who was willing to risk his neck. “

Officer of the Order of Orange-Nassau, first non-American to receive the International Leadership Award, honorary doctorate from the IEDC Bled School of Management … Kets de Vries’ Wikipedia page has plenty of material to fall into the temptation of narcissism . What has been your formula to avoid it? “I have a very wise woman and smart enough to sing the truth to me without telling me things directly.”