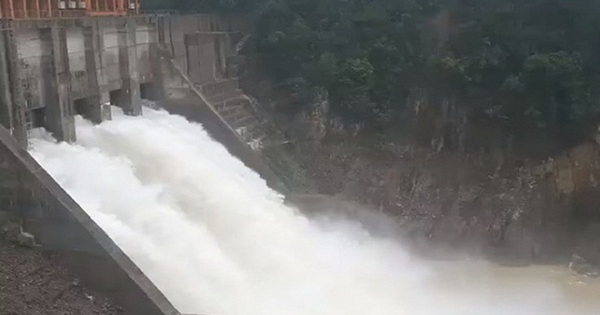 
According to information from the Ministry of Industry and Trade, Minister Tran Tuan Anh has just signed a decision to establish a mission of the Ministry to inspect the safety management, operation and prevention of natural disasters at Thuong Nhat hydropower project in Thua Thien province. Hue.

According to this decision, the t inspection missioncancel Thuong Nhat power headed by Mr. To Xuan Bao, Deputy Director of Industrial Safety Technology and Environment Department. In addition, there were also representatives of the Department of Electricity and Renewable Energy, Electricity Regulatory Authority and the Department of Industry and Trade of Thua Thien Hue province.

The mission of the mission is to inspect the scene at Thuong Nhat hydropower project after the last storms and floods; Check compliance with regulations on safety management of dams and dams, prevention of natural disasters, and compliance with instructions of management agencies on the operation of lakes and dams during the last storm and flood; Handling or proposing to authorities solutions for violations in safety management, operation, and natural disaster prevention for violations according to their competence.

Previously, the Central Steering Committee for Natural Disaster Prevention and Control (Steering Committee) sent an official dispatch to the Ministry of Industry and Trade, the Electricity of Vietnam and the central provinces on ensuring the safety of works and downstream reservoirs. hydroelectric.

The Steering Committee said that most of the hydroelectricity plants have operated effectively, participating in flood reduction, ensuring safety downstream. However, there is a situation that some hydropower, especially small hydroelectric power plants managed by the private sector, do not comply with regulations on water storage and operation, such as the case of Dak Kar hydropower (Dak Nong). ) and most recently, Thuong Nhat hydroelectricity (Nam Dong district, Thua Thien Hue province), causing unsafety to the downstream.

For the case of violation at Thuong Nhat hydropower plant, Thua Thien Hue province is requested to direct relevant agencies to closely monitor the observance of the lake owner, at the same time strictly handle according to regulations, to avoid happening. similar situation.

The Department of Electricity and Renewable Energy – Ministry of Industry and Trade immediately sent a written request to the Investor of the Thuong Nhat Hydropower Project to immediately stop the water accumulation, and operate completely open 5 gates of the project’s spillway. Thuong Nhat hydropower plant according to the reservoir operation procedure approved by the People’s Committee of Thua Thien – Hue province.

At the same time, the Department of Electricity and Renewable Energy requested the Central Power Corporation not to buy electricity from the Thuong Nhat hydroelectric power plant without meeting the prescribed conditions; Promptly report in detail the process of checking conditions for the electricity seller (Central Vietnam Hydropower Investment Joint Stock Company) in accordance with current regulations.