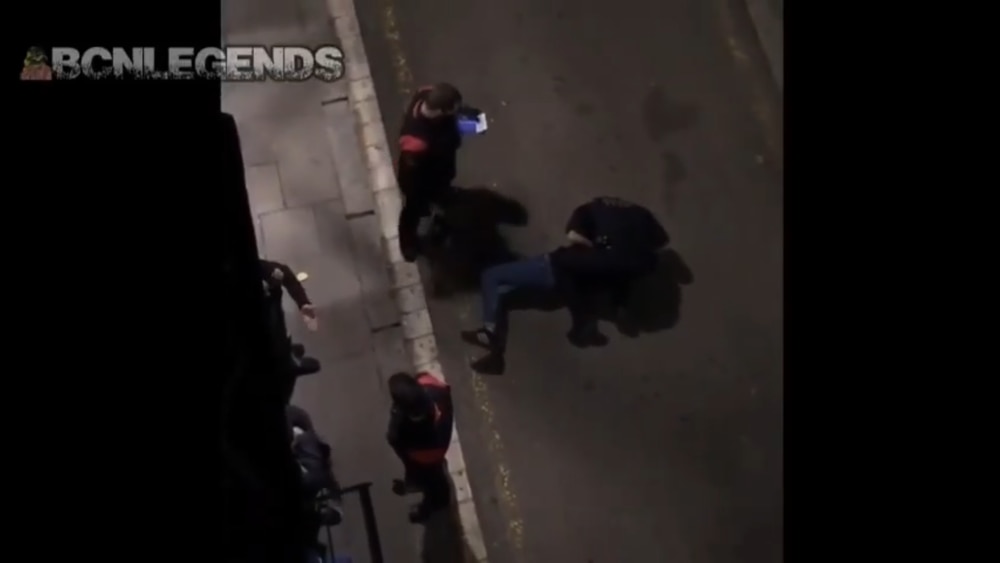 
The Mossos d’Esquadra have removed an agent from the operational resources area (ARRO), halfway between public order and citizen security, for a performance on Friday night in Barcelona. In some images, the agent is seen beating a man who has skipped the night lockdown, after a brief discussion. Then he throws him to the ground and detains him, with the help of two other policemen, accused of assault on authority and injury.

The leadership of the body made the decision to remove the mosso as soon as he became aware of the images, which were disseminated through social networks. “They don’t like anything and they act immediately,” say sources from the Mossos d’Esquadra. The events occurred last Friday at half past twelve: the man was in Plaça del Pes de la Palla, in the Sant Antoni neighborhood, with a group of people, drinking drinks.

The Internal Affairs Division (DAI) has opened an information reserved for the agent, who has been removed from his tasks in the operational part, according to the Catalan police. He will not have direct contact with the citizen while waiting for the DAI to conclude the file. The detainee went to court on Saturday morning and was released on charges. So far, there is no record that he has filed a complaint against the agents.