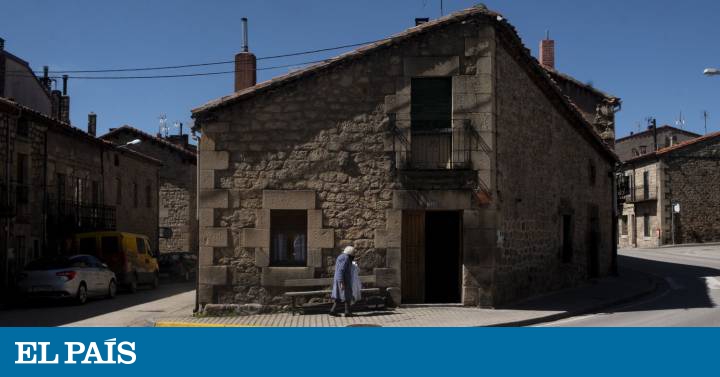 Spain not only empties itself of its population but also of bank offices. If only a dozen years ago they were legions – on September 30, 2008 the peak was registered, with 45,707 units -, the branches have fallen by less than half, reaching 22,209, according to the latest data from the Bank of Spain registered at the end of the third quarter of last year. And they will continue to decline, due to the restructuring of the sector and the upcoming mergers planned between entities, which will mean an increase of 17.8% in the number of inhabitants per office until the end of this year.

The announcements of the mergers between CaixaBank and Bankia, on the one hand, and Unicaja and Liberbank, on the other, in the last months of last year, have resulted in new adjustment plans, in addition to those made in the past decade with cuts in offices and employees, and in provisions in the same sense by other entities. “With the closings due to mergers, EREs and restructurings that are expected for this year by eight of the main banks, by the end of 2021 there will be about 19,400 offices, that is, one for every 2,400 inhabitants, against the current 2,040” , calculates the financial expert of the bank comparator iAhorro, Antonio Gallardo.

The effects of the call unbanking They can also be seen in certain territories where there is also a strong depopulation. The province of Soria is the one with the lowest density of offices, with 0.9 branches per 100 square kilometers. They are followed by Cuenca (1.1), Teruel, Zamora and Guadalajara (1.2), Palencia, Cáceres and Huesca (1.3), and Ávila (1.4). On the opposite side, except for the autonomous cities of Ceuta and Melilla, the highest concentration of branches is in Madrid, with 35 offices per 100 square kilometers, ahead of Barcelona (27.5) and Vizcaya (26.4). The average for the entire Spanish territory, that is, 22.1 branches, is immediately below this last figure.

As for upcoming closures, although he admits that “not all entities have broken down and made their forecasts public”, Gallardo stresses that “it is likely that most of the closures will again focus on the most populated areas.” Despite this, this expert believes that “the impact will be greater in the territories with less population density”, because it is where clients are forced to make long trips to carry out their operations with the bank. In the same vein, the Organization of Consumers and Users (OCU) also expressed its concern in September about the effect that the merger between CaixaBank and Bankia could have in terms of reducing branches. “The risk of financial exclusion in many areas of Spain that do not have adequate access to face-to-face financial services is aggravated,” denounced the organization’s spokesperson, Ileana Izverniceanu.

The seemingly infinite chain of closures is essentially based on the financial crisis that broke out in 2008, the reduction in banks’ margins due to low interest rates, and the progressive digitization of the banking sector, which makes the physical branch increasingly dispensable for simple operations, such as money transfers from one account to another. The digital transformation of banking, which began very gradually, has received a notable boost with the arrival of the pandemic and the restrictive measures that have been adopted to address it.

Consumers, however, express their concern about the consequences that these changes entail for a part of the citizenry. “The progressive disappearance of establishments is another step towards creating a digital and financial gap between clients less accustomed to the use of new technologies or those most in need of advice, that is, both the older and younger segment of the population” declared in November Patricia Suárez, president of the Association of Financial Users (Asufin), after the announcement of the possible merger between BBVA and Banco Sabadell, a move that subsequently failed. “The emergency situation created by the covid has accelerated the banking digitization processes that, although it is a necessary trend and that we value positively, are leaving an entire generation behind,” he concluded.