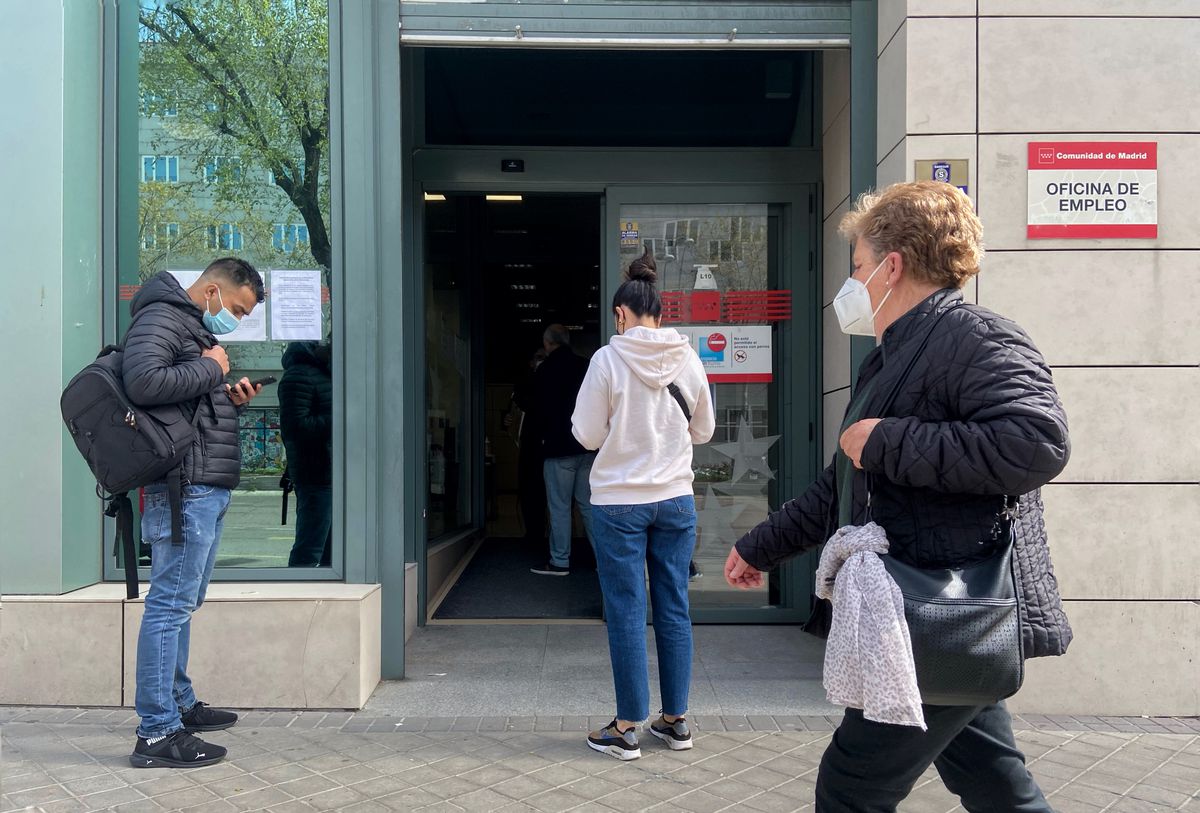 It’s been just over a year since the job market suffered an unprecedented blow as a result of the pandemic. On March 12, 2020, a membership decline began that ended with 900,000 jobs destroyed at the end of that month. Shortly after it hit the bottom and then the rebound began, but so far it has been insufficient to return to the level of employment that existed before the coronavirus exploded. The 18.9 million average contributors for this March are still far from pre-pandemic levels. Unemployment has also increased in this time, the 3.95 million unemployed registered at the end of last month represent an increase of 401,328 people in these 12 months, according to data from the ministries of Labor and Social Security.

However, all labor market data during these months must be taken with caution due to the impact of public aid, such as ERTE and subsidies for the self-employed. ERTEs have prevented jobs from collapsing as they did in previous crises. Unlike what happened, for example, in the Great Recession, this time employment has suffered a much smaller drop than that of GDP. And this is mainly due to the ERTE mattress. The month of March ended with 743,628 affected by ERTE and with an average of 780,000. “With respect to the most acute moment of the crisis, in April 2020, there has been a decrease of 2.9 million people in ERTE, according to discharge date, and 2.6 million, according to notification date,” explains the Social Security on a note.

March is usually a good month for employment and it has also been seen this year. The arrival of good weather and Holy Week mark the beginning of the good months for occupation in Spain. Hiring in the tourism sector begins on vacation days and engines are warming up for the summer season. This year these features have also been seen in part, although cushioned by the measures imposed to limit mobility and economic activity and avoid what happened at Christmas, they have prevented the affiliation gains from being like those of previous years. The increase of 70,790 jobs in March is – with the exception of 2020 – the lowest in recent years.

With this increase, the average loss of affiliation in the last year is only 85,858 contributors. But, in addition to the effect of ERTE, this figure has statistical conditions that can be confusing. The March 2020 average did not reflect what really happened in the labor market with the declaration of the state of alarm, so it was better to take what happened day by day. In fact, if you take what happened between March 12, 2020 and 2021, the affiliation drop is about 440,000 affiliates.