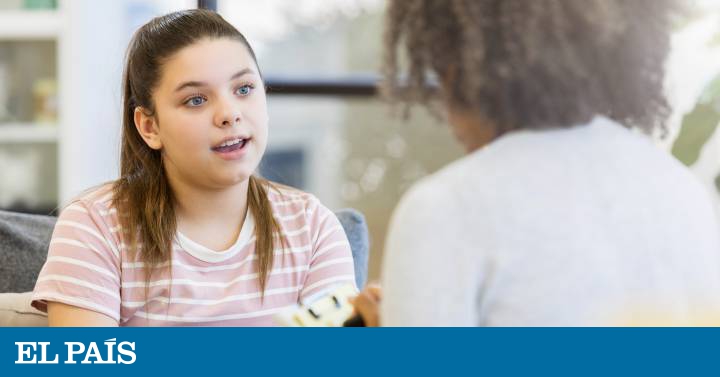 If I had to look for a word to define the situation of educational counselors in Spain, Ana Cobos, president of the Confederation of Psychopedagogy and Guidance Organizations in Spain (COPOE), is clear: it would be “precarious”. The implementation of these professionals, essential in the academic and personal development of students, varies greatly depending on the educational level (present in almost all Secondary schools, but only in some Primary or Vocational Training centers) and the autonomous community, oscillating between mixed models (of external support in Primary and present in Secondary schools) and others in which orientation in the center is guaranteed in all its stages. “We don’t have wickers to make the basket; there is a lack of counselors to be able to do a quality orientation ”, he says. He has repeated it other times.

The counselors’ work is multidisciplinary, ranging from the prevention of failure and early school leaving, to the detection of special educational needs, psycho-pedagogical counseling and guidance on job opportunities or study alternatives. But it goes much further, and is (or should be) present in all phases of learning. “The average, in Spain, is one counselor for every 800 students, and there is clearly a lack of professionals. We would have to multiply them by three to be able to get closer to the ratio recommended by UNESCO, which is 250 students per counselor ”, explains Cobos. An insufficient number that explains the dissatisfaction that the students themselves harbor regarding the quality of the advice they receive: 94% of young people between 18 and 25 years old lacked greater support from counselors and teachers about their professional options, according to a study published in 2019 by the World Summit on Educational Innovation (WISE).

Question. Is educational orientation given the importance it should have?

Answer. Counseling is a relatively new discipline, and we still don’t see how important it is. The educational system has always been based on teaching, but there is an educational and non-teaching part, which is where guidance comes in, which must be promoted. We need to be very aware of all the variables that exist and that can reduce performance. The educational system must go far beyond academics; it must enhance the well-being and happiness of people.

P. What work do educational counselors do?

R. We have three main areas of action: attention to diversity, academic and professional orientation and tutorial action. The latter is the work of everything that surrounds the academic and that, in some way, influences it. Secondary students have a weekly hour of tutoring, and the counselors take care of coordinating that the same programs are given throughout the center. Now, for example, we are working in my center on the subject of coexistence and peace, and next week it will be study techniques; the next, taking advantage of Valentine’s Day, healthy relationships from a gender perspective, including myths of romantic love, which are doing a lot of damage to young people because they promote macho attitudes that are being internalized. Here you work, for example, doing an analysis of the Disney princesses, or reviewing the letters of the reggaetons.

If you look at it, they are issues related to academics, because they influence it, which must be dealt with as a group. Then, individually, they also work by making specific interventions: a boy or a girl whose parents are separating, and who cope with the situation badly; a duel at home; alcohol and driving; anxiety and distress due to the pandemic; Sex education issues, with couples starting … We prepare the programs and sometimes the tutors carry them out; other us; or we have associations or entities that come to do them.

P. What work is done around the other two axes, that of diversity and academic and professional orientation?

R. In terms of diversity, it is about each child having the educational response they need to be able to advance to the maximum in their academic and vital development, from children with autism spectrum disorder (ASD) to others with Asperger’s and high performance intellectual, or minors with an attention deficit hyperactivity disorder (ADD), who may be medicated and / or with psychotherapy. The counselors begin to work even before the children’s schooling, so that those who need adaptations have them ready for the start of the course. And every time there is a change in stage, we adjust the need for an educational response, studying each case individually and making a psychopedagogical evaluation.

Quality academic and vocational guidance is the one that begins to be done from childhood, when programs are carried out for the knowledge of the professions, and the boys and girls take it as a game, when we play doctors, nurses, to firefighters, policemen, truck drivers, hairdressers … So that the boy or girl can put themselves in the shoes of those people. It’s like a game, but it adds up. Then you progress to the first key moment, when you are in the third year of ESO and you have to choose an itinerary. In the fourth year of ESO they choose between Baccalaureate or FP, and at the end of Baccalaureate, the university career or Higher Professional Training. In this whole process we are also the counselors.

P. You mentioned earlier the precariousness in the work of counselors. Should we think that all of this always happens, or is it rather a statement of what it should be?

R. This is the ideal of what to do. There are centers where it does happen, but we need more resources. Hands are lacking and it is difficult to achieve quality. But it is also true that numbers are one thing and reality, sometimes, is another. There will be centers with a population well adjusted socially, middle class, without economic precariousness, where maybe you can have 400 students per counselor and work well. But then there are others with a ratio of 200 where it is not possible, because there are families with relatives in prison and important social problems: unemployment, precariousness, drug addiction … Just as, at the time, there was a bet of the educational administration for Guidance, when the integration of students with disabilities was promoted and compulsory schooling was extended to 16 years of age, now we need another boost: that of quality and equity.

Look: from 2010 to 2016 there were not even competitions for counselors, which there was that year and in 2018. But we need not only to replace those who are retiring, but to increase the number. We have a very high percentage of students who start a career and do not finish it, because they did not have good information about what it was … According to a recent Bankia study, approximately 50% of people who start Intermediate Degree VET leave it, and this is extremely serious. And in the university, although in a smaller percentage, it also happens.

The counselor is dedicated to putting out fires. We are like TEDAX: every time a bomb is found in a center, they call us. If you deactivate it, nothing happens. But if it is going to explode, it kills you the first time, because we are in the sensitive area of ​​all problems: that the mother of a minor has committed suicide at night; that there is a child whose father has been abusing him or her since the age of nine; that a girl has a panic attack … to the counselor. And then there are the everyday fires, which must be put out and which take a long time.

P. How is the coronavirus pandemic impacting educational guidance?

R. Mental health is something that you have to be very vigilant about, and in fact a very serious situation is expected regarding mental health, due to the aftermath of the pandemic, and if they are not addressed we will have serious and structural problems. We must put means to detect them early: boys and girls with mental health problems related to anxiety; technology addictions (which is happening a lot); and problems of sociability, self-esteem and even identity, if your digital identity conflicts with who you are in real life. We work on all of this from prevention, with tutorial action programs in the classroom.

Mental health and education services must also be coordinated. We need to work much more coordinated with the health services, with the Public Prosecutor’s Office and the social services. There must be defined protocols so that these children can move on and do not get off the hook, because social problems often lead to absenteeism. What do we do with a child when he doesn’t even come to school anymore? Social services are overwhelmed, and you have to put your hand there whatever. And we see it coming, but the decisions are not made. We must help these families, get the Public Prosecutor’s Office involved and even, if necessary, withdraw minors from parents who do not fulfill their parental functions.

R. When we work with a child to pay attention to diversity, from a very young age we see that problem that it brings of a social nature, that family that is not involved … Already the Primary teacher, at six years old, can tell you which children of her class are going to college. It seems outrageous, but in many cases it is determined, because you see the child and his parents, and you see that it is his context that is failing him.

There are after-school programs to work with these children and their families. The centers are open in the afternoons, with programs for families with fewer resources and that children have private classes and study support. You also have to awaken vocations, and make them fall in love with a profession. The teamwork is enormous, coordinating with the management teams and the teaching staff, because perhaps a student needs the curriculum to be adapted, to be less demanding, or to prioritize some content over others. Now, this is what should be done, and it is done as far as precariousness allows.

P. Would it help in Primary if, instead of external intervention teams, internal teams were also guaranteed in the centers?

P. Because, in Primary, a counselor has to attend several centers …

R. Yeah right. This is what happens with mixed models. And there, achieving quality is practically impossible. The counselor who is in Primary works with children in special education, who have to be diagnosed, which take a long time (dyslexia, high intellectual abilities, TDH …), and then facilitate the transition from sixth to Secondary. Where is a possible problem that may arise in the room? It is not that it is not attended, but the priority is marking the meaning of your work. The urgent thing here makes the important thing, which is prevention, lagging behind.

P. What is the best way to train to be an educational counselor?

R. From COPOE we have it clear: we must study the career of Pedagogy or Psychology, continue with the master’s degree in teacher training, specializing in orientation; and continue preparing with the master’s degree in Psychopedagogy and never stop studying, because the reality is very changing, and the problems now are not the same as 15 years ago.