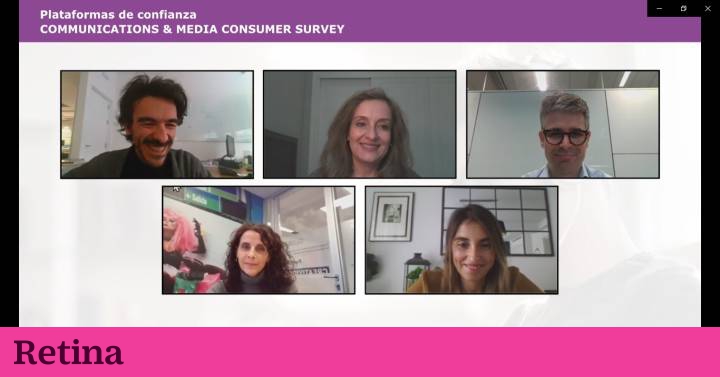 
How many of the changes in recent months, caused by the pandemic, will end up becoming a habit? That is the question that Accenture’s latest annual report on the media and communications industry tries to answer, which this year, precisely because of the coronavirus, was presented digitally at an event organized by the professional services firm and Retina.

The study looks to the most recent past – with a survey of 4,000 consumers from twelve countries (including Spain) on the five continents – to glimpse the new opportunities for companies in the sector, whether they are multinational telecommunications companies, internet giants or the media. .

The most evident of these months is the rise of teleworking: if before the pandemic 43% of those surveyed did not know what a working day at home was, now 35% say that they will telework at least one day a week. But, from a business point of view, perhaps the most important conclusion is that the sector has passed these pandemic months with flying colors, especially since the quality of the networks and their essential nature have been brought to the fore.

As Alfonso González Imbroda, managing partner of Accenture Interactive de Industria Comunicaciones y Medios, pointed out, more than 80% of consumers are satisfied or more than satisfied with their broadband services, both for its speed and robustness, and 78% of respondents consider the internet more important in their home than before the pandemic. The valuation of Customer Service from telecommunications companies has also increased. “It is an important change, because even though companies have invested a lot in this area, it was still a point of frustration for customers. But during the pandemic, the communications companies have given everything, and that effort has paid off, ”said González Imbroda.

Telecommunications and media services have been strengthened in these months, according to Julio Juan Prieto, managing partner and leader of the Accenture Communications, Media and Technology industry for Spain, Portugal and Israel. They managed to exceed consumer expectations in a scenario in which the home became a new nerve center for work, and even for socialization through digital channels.

What should these companies do now in the short and medium term, when the social and health situation is definitively normalized? There are new scenarios for the relationship between communications companies and their customers, and also new types of relationship. It is time to take advantage of the consumer confidence that companies in the sector have earned, developing new service platforms linked to new social uses, explained González Imbroda.

Specifically, Accenture points out four areas of great potential, all linked to the phenomenon of the digital home, a space for coexistence, entertainment and productivity in which to offer new services. Those niches are video services, home connectivity, online health care, and live entertainment through virtual and augmented reality. In all cases, the majority of those surveyed by Accenture – in a range between 61% and 53% – are willing to pay more for these services. In addition, the deployment of 5G networks will make these offers more attractive.

González Imbroda pointed out the importance of the personalization of the offer for the immediate future of communications companies. The four speakers who participated in the discussion after the presentation of the study – Noemí Ramírez, General Director of Product and News at Prisa Noticias; Celia Villalobos, Director of Agencies and Strategic Agreements for Spain and Portugal at Google; Ignacio Aberg, Director of Entertainment at Telefónica Digital and Carmen López- Suevos, Director of Customer Experience at Vodafone- also put a lot of emphasis on the opportunity of being able to segment and even personalize their offers, thanks to the development of big data and artificial intelligence .

“It is key to understand that there are very different profiles at home,” explained Aberg, from Telefónica, “for example, parents are more concerned about safety and children, about the gaming and digital socialization. The important thing, as the study says, is to build trust ”. López-Suevos, from Vodafone, was convinced that the future is “marketing one to one, with personalized and changing proposals ”.

For the media, as explained by Ramírez, from Prisa -the publishing company of EL PAÍS and Five days-, the greater willingness of the consumer to pay for digital products has been reflected in the definitive consolidation of the online subscriber model. Also in the information it is necessary to personalize the offer, he explained, but taking into account the editorial proposal of the medium.

Villalobos, from Google, pointed out the increase in consumption of YouTube, owned by the internet giant, during the pandemic, with a strong demand for entertainment and humor content. “There the audience is different, and complementary, to that of television,” he explained, giving as an example the differences between the contents of Masterchef on TVE or on its YouTube channel, which has more than 600,000 subscribers.

The consumption of television content is one of the best examples of how the media have changed in recent years, and the pandemic has accelerated and deepened that transformation. “Today’s context has nothing to do with that of a year ago,” said González Imbroda, so much so that “we have to understand the consumer again.” The office is now at home, the doctor can attend you on the mobile screen and the TV is seen on the computer. The deployment of 5G and the generalization of voice services will soon cause more changes of importance, but 2021 will have a difficult time to overcome the impact on communication that the pandemic brought.