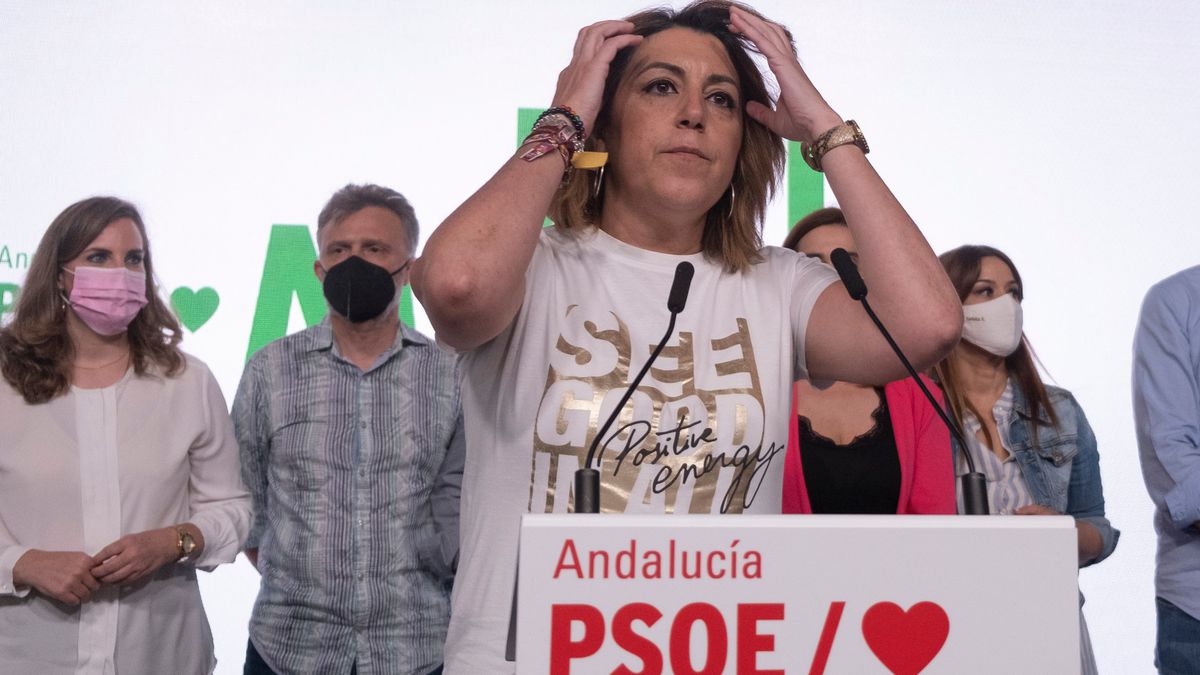 Susana Díaz will be secretary general of the PSOE of Andalusia for at most one more month. Ferraz has made the decision to call primaries in July to resolve bicephaly in its main federation, after the comfortable victory of Juan Espadas on June 13 in the vote to elect the candidate to the Board, if the former Andalusian president does not resign. Before the federal committee of July 3, socialist sources advance to EL PAÍS.

The intention is to continue with the process ahead in the event that Díaz resigns from the position he has held since 2013. The forecast contemplated in Ferraz is even to take advantage of the remaining weeks until August, which is a non-working month, to hold other primary processes in some of the nine communities that the PSOE presides over and where the leadership at the head of the party is unquestionable. Two of the examples that are put are Extremadura, where Guillermo Fernández Vara governs with an absolute majority, or Asturias, with Adrián Barbón.

The modification of the statutes in the federal congress of 2017 left Pedro Sánchez without the nuclear button with which to force, through a manager, the departure of a general secretary as he did with Tomás Gómez in 2015. The current regulations make it practically impossible that scenario if Díaz does not resign. The sources consulted also believe that imposing a manager on the braves, forcing the regulation, would not be the ideal formula after the triumph of Espadas with 55% of the votes and 16 points of advantage.

The federal committee, which Pedro Sánchez controls, is the highest organ of the party between congresses and has among its powers to call primary elections at the proposal of the federal leadership. On July 3, two weeks ahead of schedule, the 40th Federal Congress will be formally convened from October 15 to 17 in Valencia. That in turn will allow the PSOE federations to set the calendar for the rest of the congresses, which would be held in a staggered manner until the end of the year. What some territories such as Andalusia could already do the same month of July, mandated by the federal committee, is to convene the primaries to designate their territorial leader.

Díaz has already made it clear after his defeat against Espadas that he will not stand for re-election. The sources consulted from the federal direction and the PSOE of Andalusia do not contemplate that the mayor of Seville will have competitors, so the process would conclude before August. And if someone dares to attend, they should achieve 2% of the endorsements of the militants and direct affiliates, slightly more than 900. A difficult task if there is no organic support.

While Díaz continues to be screwed to the general secretariat, Espadas is already marking the strategic lines despite not yet having control of the Andalusian PSOE. Díaz’s resistance to facilitating his succession is causing the workers at the San Vicente regional headquarters to not know who to ask or be accountable to, or what to do.

This situation of interim and bicephaly, which Espadas denies, will be resolved “in the coming days,” said the candidate for the presidency of the Board on Wednesday before holding his first meeting with the parliamentary group. “In a few days there will be the formula that allows the new strategic direction to be reflected in the governing bodies,” said Espadas. “There is no void, nor bicephaly because the secretary general is not exercising the role of political leadership,” he remarked. In his opinion, there is still “enough time to make decisions, without pressure and without overwhelming anyone.” On July 3 there would no longer be room for diplomacy.

Díaz and Espadas are personally leading the conversations in which, in addition to the transition in the once most powerful socialist federation, the still secretary general is risking her future. Díaz does not want to continue in the autonomous Parliament and after rejecting the presidency of the Senate after losing the Board, leaders close to her believe that it is “reasonable” that she be appointed as a senator by the autonomous community. But for that, one of the three current Socialist senators would have to leave his seat.

Espadas rejects that the scapegoat is, as Diaz has requested, Miguel Ángel Vázquez, an exporter of the Andalusian Government and former Minister of Culture during his term and one of the mainstays of Espadas’ candidacy. The other senators are Fernando López Gil and Marisa Bustinduy, trusted by Díaz. If he aspires to reposition himself in the upper house, it will be in place of either of them. “It is up to her to make sacrifices”, they are blunt in Ferraz.

Another position that Díaz is guaranteed in her capacity as former president is that of a permanent member of the Andalusian Advisory Council, although she would not receive an annual allowance but allowances for attendance and travel. The third way out would be that of the private sector.

Dialogue with the PP “without blank checks”

Espadas marked the lines of the “new political stage” with the coalition government of PP and Ciudadanos. He claims that the prominence that the Vox group, which endorsed the investiture of President Juan Manuel Moreno and supports the Executive with its 11 seats, has since the beginning of the legislature, go to the background. For this, he considers it “essential” that the socialist group facilitate agreements and dialogue in Parliament and give “stability” to the autonomous government so that it is not a “hostage” of Vox. “It is necessary that the Government can govern and the opposition is constructive so as not to be left behind in the recovery,” he said before holding his first meeting with the parliamentary group.

After the loss of the Junta in the December 2018 elections and two and a half years without finding its own profile in the opposition – almost 30% of the PSOE parliamentary group are former senior officials of the Junta -, Espadas intends to rehearse another form of political relationship with the Government of Juan Manuel Moreno, which in this time has established itself as a moderate leader despite governing with the support of the extreme right.

Espadas does not have a seat in Parliament and wants to reconcile his work as a candidate – he is a great stranger to most Andalusians – with the mayor of Seville, a position he will maintain until the regional elections are called. The parliamentary group, which launched a new address with Ángeles Férriz as spokesperson, must visualize that new “course” that Espadas caresses in which it is willing to “reach agreements”, but without “blank checks”.

The candidate proposes that Vox stop playing the leading role in the Chamber and “kidnap” the Government of Juan Manuel Moreno, with whom he will meet this Thursday. “I come to open doors and windows. The PSOE will act as the first group of Parliament and will offer a sincere dialogue. Parliament is not there for fratricidal struggles, but to launch messages of hope and what Vox raises is fear, “he said before the meeting of the parliamentary group behind closed doors, in which the deputies ratified the new leadership of the group proposed by Espadas. Díaz, who still holds his seat, did not attend. On Monday he was already the great absentee in the permanent executive of the Andalusian PSOE, where the changes were unanimously approved.