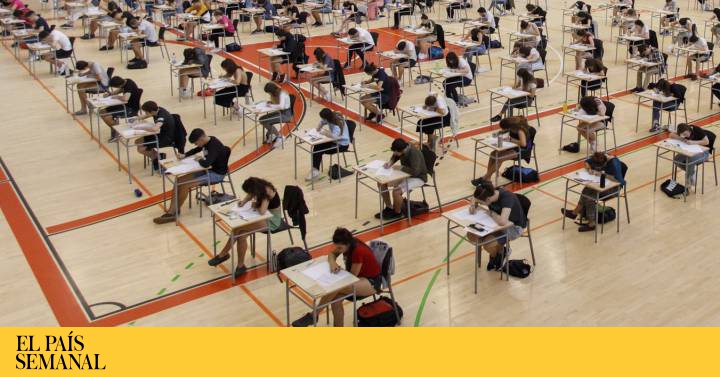 The coronavirus arrived and opened the cracks in the weakened educational system in Spain. The school was spoken of as a social elevator, as the meeting place where differences of origin were corrected. Inside classrooms, it had not been like this for a long time, successive budget cuts (in 2010 it accounted for 5% of GDP and in 2019 it did not reach 4.2%) had left the most disadvantaged children at the crossroads , without the support in class necessary to grow at the pace of the rest. Last March, about 8.2 million non-university students saw the doors of their educational centers closed and how, at the same time, the shortcomings of their homes – 14% of them do not have Internet at home or digital devices – trickled further into his academic career and, in the long run, onto his path to the promised future of work.

The report The impact of covid-19 on education, published by the OECD last September, pointed out the enormous economic repercussion that the closure of schools during those three months could have in the medium and long term, a loss of learning and skills and, with them, of productivity that could generate an annual drop 1.5% of GDP during the rest of the century, in addition to a 3.8% reduction in the number of high school graduates. A study carried out in the United States even indicated an average loss of 1% in the future salary of all those confined schoolchildren.

Little had been said about another leg, the emotional one. For the second year high school students, the interruption of classes meant the breakdown of their schemes, the order and the norm that prevailed in the year prior to access to the University. They had to react suddenly, overcome the chaos and drama and take the reins, from their rooms, of studies with a tradition that was too patterned and with little exaltation of self-employment. It was the most massive selectivity in memory (more than 225,000 applicants). And the results weren’t bad, the pass rate was 93%. Spanish students were up to the task, but the effects that the pandemic will have on future generations remain to be seen. Whether they are college or not.