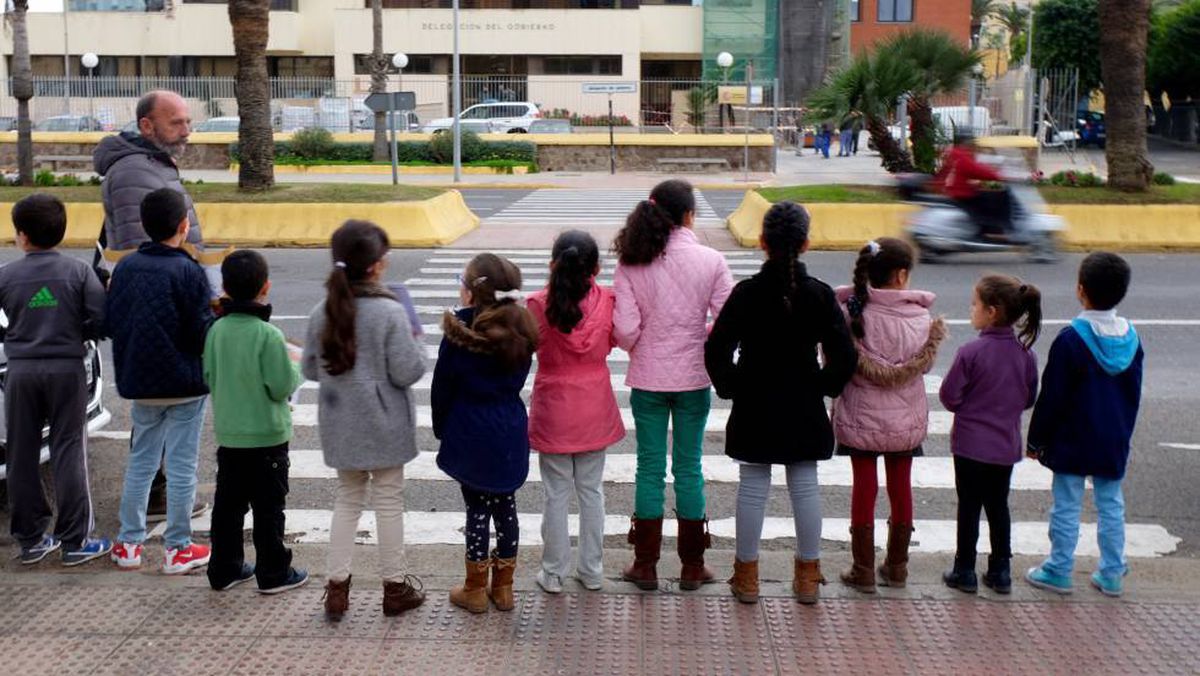 
The UN Committee on the Rights of the Child published a resolution on Monday condemning Spain’s actions for keeping a child born in Melilla with a Moroccan passport out of school for almost two school years. The Committee decided that Spain violated the right to education of this eight-year-old boy “by not admitting him immediately to public school after his residence in Spanish territory was confirmed.” The resolution is the first that goes to the bottom of a chronic problem in the autonomous city and that keeps dozens of children who cannot go to school in a bureaucratic trap due to the difficulties they have in proving that they live in the city or because of their situation. irregular.

The minor whose case the UN studied responds to the initials AEA, was born in Melilla in 2013 and has lived there since then, although neither he nor his family have a residence permit. National law recognizes the right of any child to education, regardless of administrative status, so his mother began the odyssey to enroll him when he was six years old. Immediately he came across the bureaucratic wall of the Melilla authorities who, in practice, demand that foreigners have their papers in order to register. Without papers there is no registry and without registry there is no school. The family submitted other documents such as the application for the health card, the child’s birth certificate and a gas supply contract, which were not accepted as evidence. Despite various court proceedings, the local administrative and judicial authorities refused to allow the boy to attend school.

The mother then reported the case to the Committee in March 2020 and eight months later, the police confirmed that the boy and his family lived in Melilla, but the local authorities continued to demand that his “legal residence status” be confirmed and denying their schooling. Only in March, the Ministry of Education ordered that they be allowed to enroll in public schools. The resolution affects the delay of the Administration both to rule out a possible fraud and to school the child once it is shown that he actually lived where he said. “Late schooling has not fully repaired the potential violations of their rights,” remonstrates the Committee.

The case highlights the barriers that dozens of families face, first, to prove that they live in Melilla and, later, to get their children to go to school. For more than two years, the Ombudsman has been denouncing the obstacles that are imposed on families of Moroccan origin – and especially those in an irregular situation – to complete this process. In some cases, the parents do not have a residence permit and, in others, despite legally residing, they cannot register. The problem has also worsened since Morocco decided to close the border in March last year to stop the advance of the pandemic. Although the authorities estimate that almost 500 have stopped going to school due to, probably, being trapped in Morocco, where they actually lived, it also left hundreds of Moroccan families with children on the Spanish side of the fence, in an irregular situation and without a school.

The requirements to prove residency are justified in the visa-free regime of Ceuta and Melilla, which allows residents of Tetouan and Nador, respectively, to enter and leave the two autonomous cities without a visa. But the barriers to accessing education are imposed above all in Melilla, where the Committee estimates that there are still 150 minors without school. The city, with limited resources and the highest ratio of students per class in the country, wants to prevent the inhabitants of nearby neighboring towns from accessing different services, including health or educational services. The Childhood Platform requested on Tuesday, June 8, in front of the doors of the Ministry of Education – which has educational competence in the two autonomous cities – that the cases of these 150 minors be reviewed. The Committee has already mediated on several occasions and has asked Education for the schooling of 14 children who had been denied a place. A note from the ministry reports that eight of these minors have already been enrolled after verifying their residency.

Ceuta, the city with the worst educational results in Europe, cuts students’ teaching hours by almost half

According to the latest report of the Ombudsman, the Provincial Directorate of Education in Melilla transmits in the responses to the numerous complaints “a generalized and undocumented suspicion” that the affected are Moroccan families who do not reside in the city and who intend to attend school. their children in fraud of law. The Defender, however, disagrees. “This suspicion is in no way supported by the data that have become known and the need to proceed with the immediate schooling of these minors must be stressed,” he concludes in his report.

Almudena Escorial, head of political advocacy at Plataforma de Infancia, welcomes the decision and considers it “very important.” He points out, however, that they will be vigilant: “This Tuesday, the Ministry of Education must publish the final lists of admitted minors, we will see if there are minors who are left out.” “The borders are closed, there is no way that right now a child who is in Melilla is not residing there,” he emphasizes. Escorial insists that the “only requirement” that must be demanded of minors is “that effective residence be proven, and there are times when the obligation is being imposed that all family members are registered, for example.”

In the case of AEA, the Committee considered that Spain had violated the rights of the minor by not taking prompt measures to verify his residence and by not admitting him to the educational system immediately after it was confirmed by the visit of the Police that he actually lived in Melilla . It also states that the mother stated that “she was a victim of discrimination based on her national origin and her administrative situation.” The resolution urges the State to compensate the child and to adopt measures to bring him up to date in class.

With information from María Sosa.