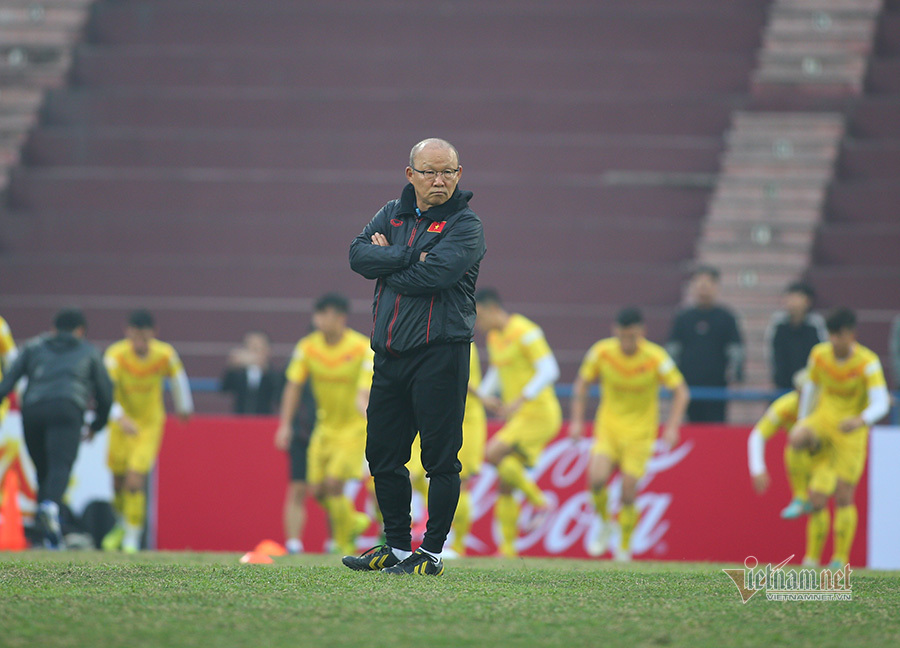 The V-League through the first few rounds without a goal, made Mr. Park once again headaches for the old problem: finding a striker for Vietnam.

After 17 matches at LS V-League 2021, in addition to surprises such as Hanoi FC, Viettel or many other traditional teams sinking at the bottom of the rankings, another problem is also making the fans unhappy. .

The problem lies in the professional story when it comes to the time of the pause because of the COVID-19 translation, the number of matches with many goals is very few.

The teams with the best performance in the V-League so far have scored quite a few, and have only won with a very small or minimal difference.

Except for Binh Duong, which also shows the intention of attacking and controlling the ball … from Hai Phong, Da Nang to Saigon club, all kicks in stalking way.

These teams are not wrong, because it is not easy to play attacking. But if it continues with the situation that the Saigon Club once declared: “It is more important to score a goal with 1 win and to get all 3 points is more important than scoring many goals and losing 0 points“Worrying about the V-League.

… Mr. Park had to draw up a plan again

It is not until now that Coach Park Hang Seo is worried about domestic strikers in the V-League, rather than the scarcity of good strikers when repeatedly complaining about this issue.

But compared to what happened before, it seems that the start of the V-League 2021 is causing Mr. Park to worry more than once, because a series of key strikers of Vietnam have not found a goal or style. .

From Cong Phuong, Quang Hai, Van Quyet or Phan Van Long – the new names that were summoned to Vietnam at the end of 2020 have not had a goal with great form.

Of course, the start of each new season is always difficult, but it is clear that the unconvincing performance of the majority of strikers is causing Mr. Park to worry.

There is a reason to worry, because the fact that until now naturalized or foreign strikers are still making headlines in the V-League, at the same time playing a too important role in most teams for strikers. cabinet is really hard to secure or to hold the position for long.

Things can change when attacking-oriented teams like Hanoi FC, HAGL find themselves or better in the future. But at least when he returned to Vietnam to see the situation in the V-League quiz, Mr. Park did not worry!