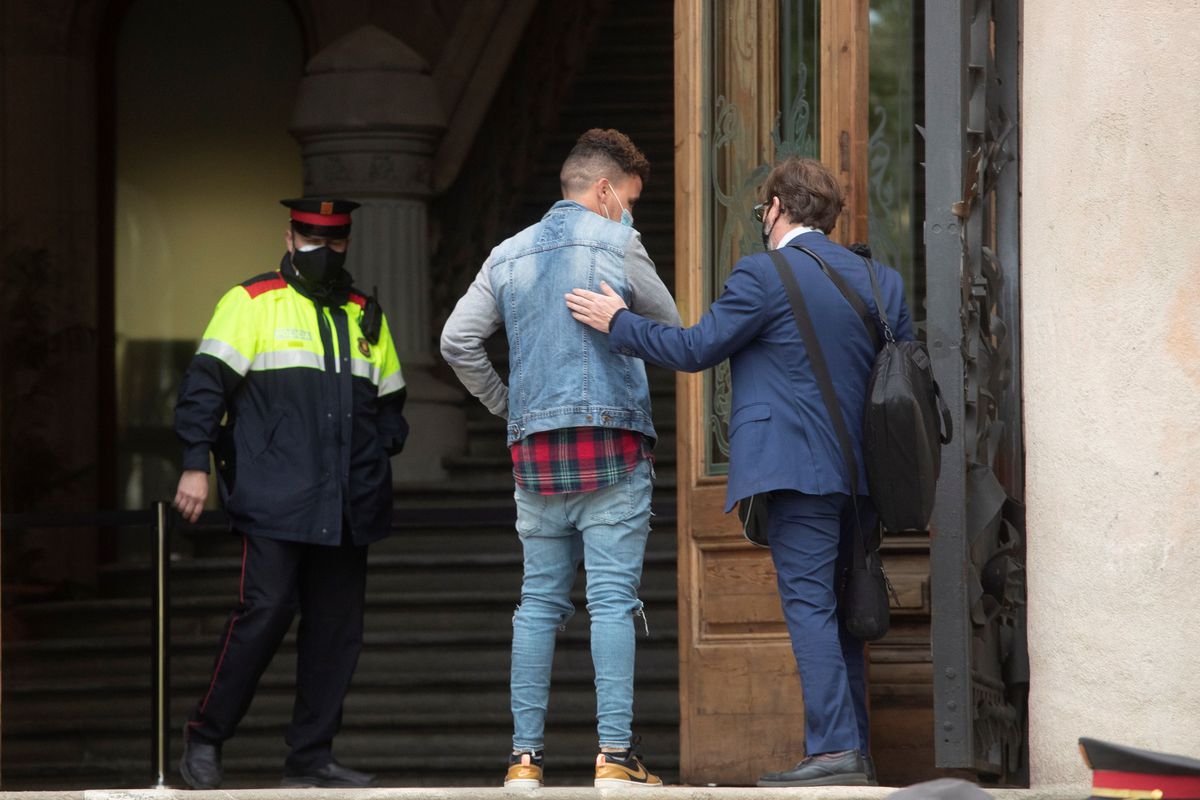 
The camera is diverted from the podium to the ceiling of the courtroom to protect A.’s identity. Two years ago, when she was 18, the young woman suffered a shift rape in an abandoned factory in Sabadell. Three individuals attacked her consecutively, while others remained in the ship without doing anything to prevent it. This Tuesday the trial has started. The girl’s voice is firm most of the time; Her harrowing story becomes unbearable when the lawyers and the prosecutor interrupt her to ask additional, unnecessary details, which upset her even more and force the president of the court to intervene. “With the difficulties we are seeing, trying to dig into nothing …”, reproaches the only female lawyer present in the room.

A. shows a determined character and revolts against some questions – “I have already answered that” – but cannot prevent the session from becoming an exercise in revictimization, as is often the case with victims of sexual crimes when they arrive at judgment. “Are you sure about that?”, “Did you try to escape from the room?”, “Do you remember the lighting in the room?” 41 years in prison for sexual assault for four defendants – ends up short-circuiting the interrogation; it seems, at times, that he casts doubt on the victim’s account.

Something similar can be said of the defenses. Although they must question the witness for the sake of their clients, the tone is unpleasant. At six in the morning on Sunday, February 3, 2019, after a night celebrating a friend’s birthday in a bar in Sabadell, A. decided to go home. At the height of the market, a man rushed him. “He forced me against the wall. I was shocked and blocked. He began to kiss my body violently and roughly. I was telling him to stop. I was scared. He began to lift my sweatshirt and put his fingers in my vagina, “he says. The man grabbed her and led her to the abandoned factory. “Why were they walking in a zigzag, was it her decision or that of the individual who accompanied her?” Asks the lawyer for one of the defendants. “It is that he does not accompany me, he takes me by force.” The lawyer insists: “And he couldn’t scream?” A. saves the situation, but is on the verge of tears: “No, because I was coerced, I feared for my life …”.

The prologue to that night of horror was written in the bar, where allegedly some of the accused were, all of them of Maghreb origin, whom he would later find in the industrial warehouse. “Every time we went to the bathroom or to order at the bar, they made macho comments to us, like beautiful, what an ass. We ignored them and we continued our own way ”. A. stayed a while longer than her friends to chat with the waitress and with a young Italian who accompanied her for a while as she left the premises. Then she was alone.

Upon reaching the ship, the girl saw half a dozen men arguing with each other in Arabic. “I was shaking and crying.” The one who assaulted her in the market – who has not been identified and therefore does not sit on the bench – took her to an adjoining room, without doors, where he raped her. “He threw me against the couch and got on top of me, grabbing me and pinning me down. He penetrated me vaginally and then forced me to perform fellatio ”, says the girl between questions from the prosecutor about whether she was wearing the sweatshirt, whether the room had doors or not, whether the boy used condoms and ejaculated, about how many seconds passed until that a second man arrived and repeated more or less the same aggression.

When the third of the assailants entered, A. could no longer take it. The latter took off what little clothes she was wearing and also penetrated her anally. When he finished, he grabbed her tightly and ordered him to get dressed quickly and leave. “I pissed myself on top of fear. I did not know if they were going to kill me “, says the witness, who had time to notice a graffiti on the wall of the ship and, when collecting her things, she also took some of the men’s clothes” to try to serve as evidence ”. On the street, this third assailant wanted to know where she lived. It was around 7.30. It was then that A. saw a car pulling out of a parking lot, got away from the boy and got into the vehicle without thinking.

A married couple was traveling in the car with their daughter, whom they were taking to a sports competition. Both have testified as witnesses. “The girl approached the window asking for help. I asked him what was wrong, and he told me: ‘Five Moors have raped me,’ said the woman. The couple tried to follow the boy, who fled, and led A. to the police station. The agents asked him to try to remember the journey. The next day, he went with them to the ship and saw one of those who were there the night of the events. The girl was unknowingly facing the first revictimization: “I was very scared when I saw him. I didn’t understand how the next day they were putting me through that. “

The investigation by the Mossos d’Esquara led to the arrest of seven individuals, although eventually only four sit on the bench for sexual assault: one as the perpetrator and the other three as accomplices or cooperators. Another alleged assailant fled when he was released, before the incriminating toxicology reports were known. After hearing most of the witnesses on Tuesday, the accused are scheduled to testify on Wednesday.