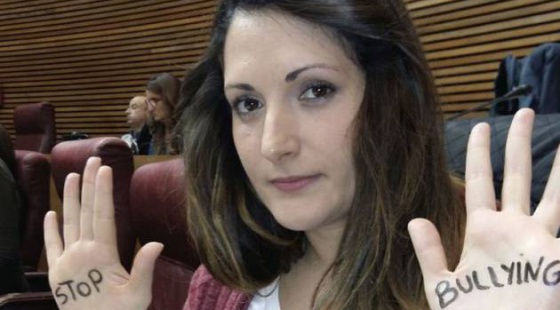 Thanks to the struggle of his parents, the case of Diego, the 11-year-old boy who committed suicide in October, put the issue of bullying back on the political agenda. According to a Save the Children study, with questions to 21,500 students between the ages of 12 and 16, one in ten students claims to be a victim of bullying and 22.6% claim to be the target of frequent insults. Below, four victims of several generations tell us about their case and explain how they managed to get ahead.

“Mine started in elementary school, when I was 7 years old and I changed schools. I behaved normal, as I had always done, but a group of classmates took a hobby. It didn’t matter where, whether in the classroom or in the yard or in the school changing rooms, because in all of them they cornered me and insulted me: if I smelled bad, if I was ugly, if I didn’t know how to dress …

From so many times they told me, I had a hard time convincing myself that they weren’t, even some time after they stopped harassing me. This is one of the great problems of bullying, and it is that it takes a lot of work to recover. In my case, I have overcome the most serious consequences, but sometimes I still get nervous when remembering all that. For me it is like a wound that is still healing and that hurts a little to touch.

After the insults, the harassment became more physical: they stole my breakfast and even threw a desk at me. For example, there was a day when my classmates, after gym class, started throwing wet toilet paper at me. I hid in a bathroom, but they kept throwing it over the door. On those occasions I stayed still, I didn’t know how to react. In addition, I did not dare to tell anyone because of their threats: ‘If you tell someone, you will suffer twice’, they told me. So my parents didn’t find out until my cousins ​​told them.

In my case, I managed to overcome it by changing schools and by meeting a tutor who was very involved in the fight against bullying. She spoke openly to us about the problem and I decided to tell her about it. The fact that I had a sensitive teacher was decisive in my case and that is why I think it is important that teachers are well prepared. “

“I was bullied from 3 to 17 years old. It doesn’t matter if I have gone through public and private schools: my whole school life has been linked to bullying. At first, when I was younger, other children made me empty and They forbade playing with them. It’s amazing how, from such a young age, we can harbor such cruel feelings. Then later, during my time at boarding school, from 11 to 15 years old, other children came into my room and beat me for the nights.

I think they took it with me for being very introverted. I have always been a lonely person and it was difficult for me to focus on my studies. Although I think that being a Central American has also had to do with it. I came to Spain when I was very young, but I think that the harassment against me had a racist ingredient.

Being such an introverted person, it took me a lot to externalize everything that was happening to me. In an attempt to integrate myself, I even became a stalker. That lasted for a season, until I realized that this path was leading nowhere. So I got over it thanks to some hard and fast resistance exercise.

Now I collaborate in an association called NACE (No al Harassment Escolar, [email protected]) and I advise victims to talk about it with someone. It is likely that, had I externalized it, I would have stopped it earlier. But I did not. In fact, I have been going to psychological therapy since I was six years old, and I did not tell my therapist until a couple of years ago, when I felt confident to do so. And now I am 22 years old. “

“I started being bullied 17 years ago, when the bullying he had no name. To refer to it, then, I said that at my school in Elche they messed with me and beat me. That’s what started to happen when I sided with other bullied kids. Since then the bullies took it with me: they started with slaps in the hallway and then they waited for me outside the school to hit me.

In my case, I quickly verbalized it and told my teachers, but they didn’t give it much importance. I also discussed it with my parents, who insisted to the teachers, although without results. My parents even talked to the parents of my stalkers, which didn’t help either. Unfortunately, things did not improve until I was changed classes. But even though they couldn’t straighten things out, my parents became my mainstay and were very supportive.

Now people are more aware of the scourge of bullying, so I want to believe that nowadays teachers would take it more seriously and that they would act better when faced with a complaint like mine. There are also some mediation programs in the institutes that can support those who have a hard time. Fortunately, bullying is less and less normalized.

Since I finished school I had hardly spoken about this again. But a few weeks ago I decided to make my story public in a session on bullying in the Valencian Courts, where I am a deputy. I hope my story helps victims know they are not alone. “

“In my case there were insults, graffiti on the desk, threats and some shoving. Most of them, with a homophobic motivation. This shows that bullying is not only a matter of children, but that many times we pour our prejudices, our hatred on them , our fears and our failures Somehow, we have made them soak up our fear of difference.

We need a general reflection so that parents, teachers and students become aware of the importance of the problem. Fortunately, from the age of 8 to 15, when I was bullied, I did not suffer the terrible physical attacks that often make the news. But we should be very aware that the abuse is also in those insults and in those graffiti, which can do a lot of damage to the victims.

We should also make sure that students know how to react to bullying. In the same way that I was a victim of harassment, I also witnessed other colleagues being harassed. And then I didn’t react in any way, I just stared at it. During all this time, we have been very paralyzed by bullying, and it is time we learned to react. As a victim, I did not express the problem to any adult because I was ashamed, but now those who suffer bullying should be clear about the tools to overcome it.

Now I am a theater director and I am directing The little pony, a play about bullying that Paco Bezerra wrote based on a true story that occurred in the United States. In 2014, a nine-year-old boy began to suffer bullying for carrying a backpack from the animated series My Little Pony. The management of the center found no other solution than to ask the child to stop carrying the backpack because it was a trigger for harassment. The play is about that case and, due to my past, it is one of the most personal works I have directed so far. “

* The testimonies of this article have been compiled by Álvaro Llorca

* So that you do not miss anything, we will send you the best of Verne to your mobile: join our Telegram telegram.me/verneelpais!