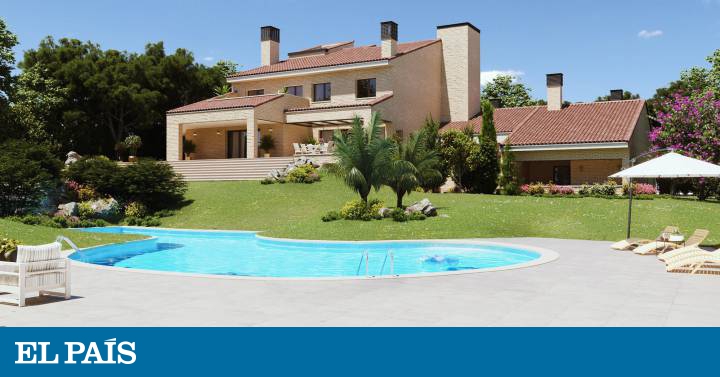 The attractiveness that Spain exerts for foreigners can be seen by observing – among many others – the figures that refer to the purchase of a home on its part. In 2020, a year largely marked by the covid pandemic, 11.3% of operations corresponded to outsiders, which is equivalent to some 47,500 transactions and a 25% drop compared to the previous year, according to the College of Registrars. But, in the case of being a foreigner, not having all the money necessary to buy a house and not having tax residence in Spain (or being Spanish, but paying taxes abroad), what type of mortgage loan will banks grant?

In general, these mortgages “tend to have less generous financing conditions and entities ask for a more solid profile than usual,” sums up Simone Colombelli, director of Mortgages at the bank comparator iAhorro. In the words of Francisco Nomdedeu, member of the General Council of real estate agents (Coapi), in these cases “it is not usually granted more than 60% of the appraised value of the home”, although he admits that this level of financing is applied also to residents in Spain who purchase a second home.

The reason is simple. “By assuming less responsibility for something ancillary such as a second home, we are not as obliged as if it were the payment of our habitual residence, which is a necessary and basic good, and that involves a risk for the bank”, Nomdedeu emphasizes.

In the case of a user whose tax residence is fixed in another country, however, other drawbacks are added. On the one hand, “a profile of this type is less attractive for the entity, since it will contract fewer linked products than in the case of a mortgage for a resident, which implies that it also benefits from fewer bonuses when it comes to improving the loan conditions ”, explains Colombelli.

On the other hand, “being a client with tax residence abroad, if there were a non-payment, taking actions to claim it or seize an asset outside of Spain would become more complicated,” adds Colombelli. All this results in higher interest rates for this type of mortgage loan and shorter repayment terms (“the most common is 20 years,” he says).

Outside the euro zone, difficult

Things can get even more complicated if the user who wants to buy a home in Spain pays taxes in a country that does not belong to the euro zone, since the Real Estate Credit Law – which came into force in mid-June 2019 – allows the client request the change to the currency of the State in which he resides or in which he receives most of his income. “The euro is more stable and entities know its fluctuation and have assumed it, it is not like that in the case of other currencies”, says Nomdedeu. For this reason, “profiles from other countries of the European Union or the United States have become the favorites in the group of non-residents”, admits Colombelli.

Regarding the penetration of this type of product, “even before the pandemic its trend was on the rise, due to the multitude of offers of residences in attractive places in our geography, as well as the proliferation of communication channels about them and the practice to financially set up these operations ”, highlights Nomdedeu. But, in March of last year, the coronavirus came and brought with it mobility limitations, the stoppage of non-essential activities or the slowdown of administrative procedures, among other havoc.

However, this professional now sees a certain recovery in this segment and believes “that the trend will return to the one we knew before the health emergency.” Along the same lines, Colombelli, from iAhorro, foresees that, in the short and medium term, “the evolution of the pandemic and the opening of borders will allow us to resume that positive path.” And he reflects: “Spain is presented as a good potential market for teleworking, with very attractive areas, and this could arouse the interest of buyers and encourage this market.”

The documentation that a user whose tax residence is outside of Spain must provide to apply for a mortgage is the same as for a resident. Beyond the papers that refer to housing and the fact of having an account, the basics will be “a photocopy of the personal accreditation document (it can be the foreigner identification number —NIE—, which also serves as a tax identification, or the passport), an employment contract, the tax declaration for the last fiscal year, and a loan payment receipt eventually in force “, according to the director of Mortgages of the bank buyer iAhorro, Simone Colombelli. To all this can be added a credit risk report.